They “tell before they sell,” focusing on humanizing their brands and developing their unique voices.

To do that, they must know their audiences inside and out and operate as an amplifier for their deepest held desires and needs, all via storytelling techniques that intuitively demand attention and identification.

Let’s take a deeper look at a few brands that do it right. 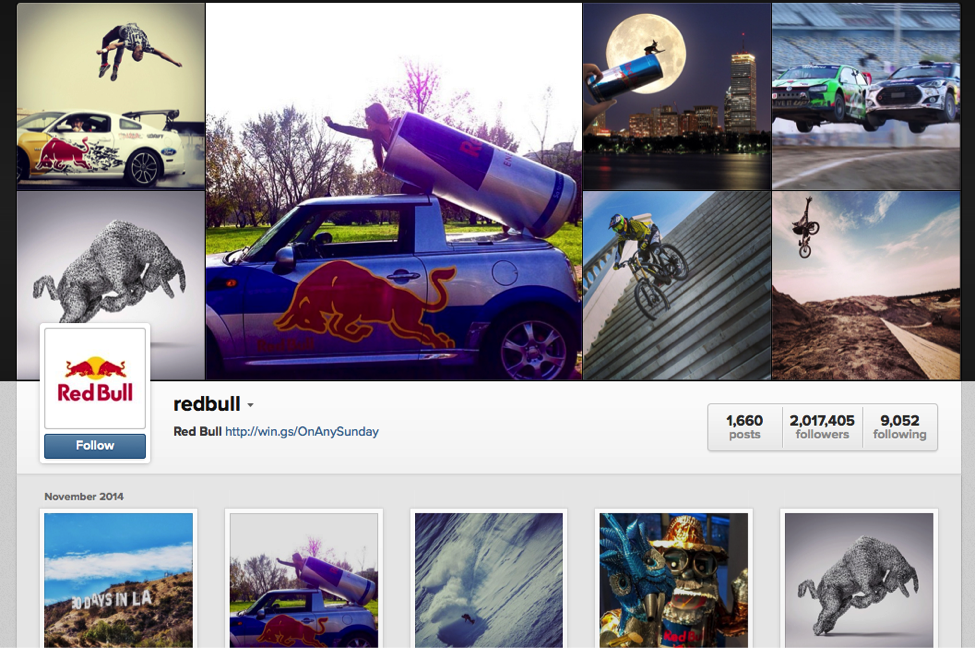 If telling effective stories means getting your audience to sit up and think, “Wow, that’s me,” then the first step is getting to know that audience inside and out. And of course, there’s no better place to do that than on social media, where you can engage directly with your audience in rich, collaborative conversations.

But that’s not all social media is good for.

It’s also a fantastic place to tell stories, as Red Bull demonstrates time and again on its Instagram feed. It isn’t simply that Red Bull understands that its audience likes visual content and that Instagram is the place to do it; it’s that Red Bull uses the platform to scope out audience interests and feature them prominently.

The brand pays careful attention to the kinds of extreme videos and photos that receive the most likes and shares and caters their content accordingly.

They always seem to have a campaign or contest running, like the #summeriscoming hashtag contest, which rewarded customers whose photos got the most likes with an all expenses paid trip to the X Games. This campaign was also customized to fit the brand’s other social media presences on platforms like Twitter and Facebook.

In this way, Red Bull had their audience co-create the story, rather than dictating it to them. As such, the audience was engaged at a deeply creative level — one that lead to high share rates and deeper social engagements. 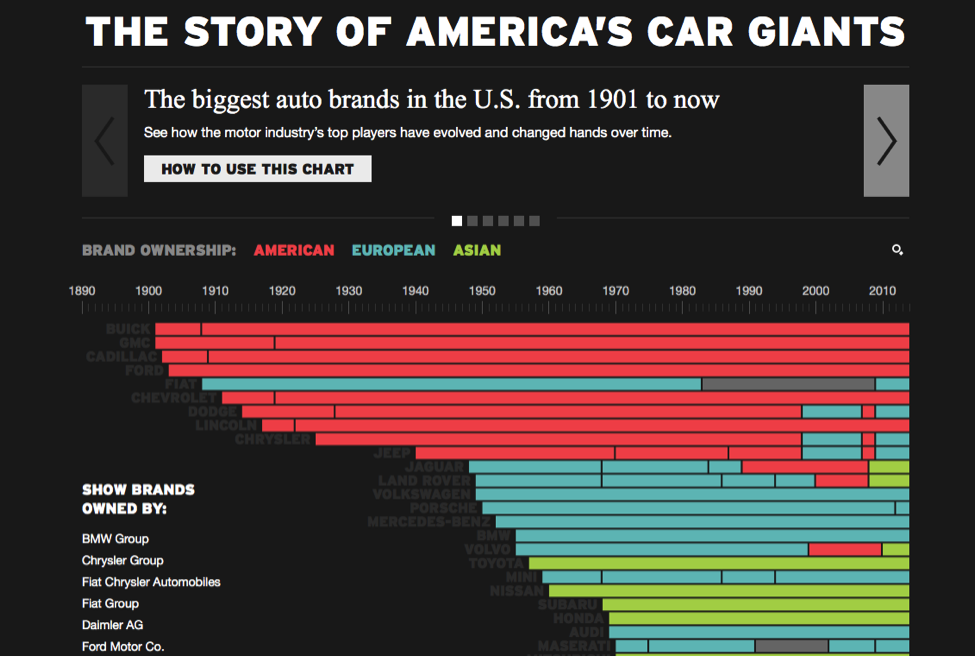 Want to position your brand as a storied industry leader?

You could create a run-of-the-mill ad campaign championing your brand’s family history (we’ve been at this since 1875!). Alternatively, you could construct a dense white paper proving via research and facts that you’re the best in the game.

Or, you could create interactive charts that locate your brand firmly within your industry’s history, while telling a clear narrative and engaging customers directly. That, at least, is what Firestone did with, The Story of America’s Car Giants, a navigable interactive chart tracking the rise and fall of America’s biggest car manufacturers.

Customers “choose their own adventure,” and can navigate either by easy to locate arrows, which take them on a drive through time, or by brand, so they can see how their favorite companies have fared.

Not once do you see a pitch for Firestone here. However, by hosting the charts and displaying their logo, the company establishes its reputation as an expert source — one customers can and should turn to for anything to do with cars.

Intel and Toshiba’s ‘The Beauty Inside’ video campaign

Intel’s famous tagline, “It’s what’s inside that counts,” has captured the brand’s essence since its very beginning.

The brand took this up to the next level when it partnered with Toshiba to create its “Beauty Inside Campaign,” a 40+ minute video released in installments on YouTube. The concept is a powerful one: our protagonist, a man named Alex, wakes up in a different body every day, but remains the same inside.

As he rotates bodies, the one thing that remains constant is that he takes his Toshiba with him wherever he goes, and uses the laptop (powered by Intel) to document his different bodies — in essence, to know his outsides.

That’s all well and good until one day he falls in love, and suddenly his fun body switching life feels like a hindrance. 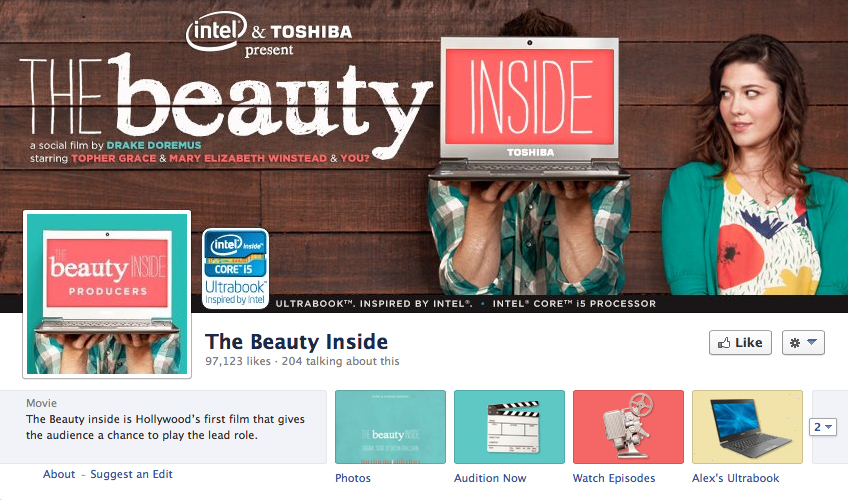 The concept is compelling in itself — it’s certainly on brand, and you can bet a story about identity and love made for great viewing. But what’s even more brilliant is that all of this body switching made it easy to engage viewers by allowing them to create their own Alex videos, as if he was inside their bodies.

The best were then incorporated into the final video, featuring real customers front and center in what felt like a Hollywood production. The result? Over 70 million views and 26 million interactions.

If there’s one thing that should be clear, it’s this: true storytelling isn’t about telling your story; it’s about telling the story of your customers and their interests through your brand.

Doing so requires knowing your audience inside and out, making your audience a key part of that storytelling, creating feelings of identity and wonder, and presenting a story that feels entirely new.

With so many digital storytelling platforms and tools available, the sky is truly the limit. So get creative and go for it!