Launched in 2006, Twitter has fairly rapidly increased its number of registered users, to its current user based of not too far from a billion.

Due to its worldwide popularity and accessibility, individuals as well as brands have been relying on it for a plethora of purposes such as job hunting, promoting their businesses, liaising with influencers, communicating with stakeholders, customer service, and so on.

For brands, it’s hard to devise a general strategy on “how to have a successful Twitter presence”, as it all depends on particular targets, expectations, and needs each business might have from the platform.

However, here are some bugbears I have with certain habits that have developed over the years, and some behaviours that I think you really should avoid.

One of the common issue is with users that follow you and then, if you don’t follow back, they automatically unfollow you?

Many even use Twitter management tools to make sure no ‘intruders’ are left.

What are they basing their following decisions on? Building impressive numbers of followers or being in contact with people whose content we find appealing, useful and we’re likely to engage with?

I’d go for the second. We should start following because we’re interested in what someone has to say and not just because we’re searching for extra followers!

Where does purchasing ‘fake followers’ fit in this strategy? Nowhere.

An impressive number of followers may seem like it could superficially benefit your reputation, but combine it with low interactions and almost zero influence, and ultimately it becomes worthless.

Additionally, fake followers are contrary to Twitter’s terms of service and can be detrimental to your credibility, as they show a lack of authenticity.

Once again, Twitter ought to be perceived as a platform where engagement matters more than numbers.

When it comes to Twitter, “less can be more”. It’s clear that by sometimes using relevant hashtags it’s easier to gain to followers and interact with people that share the same interests as you. 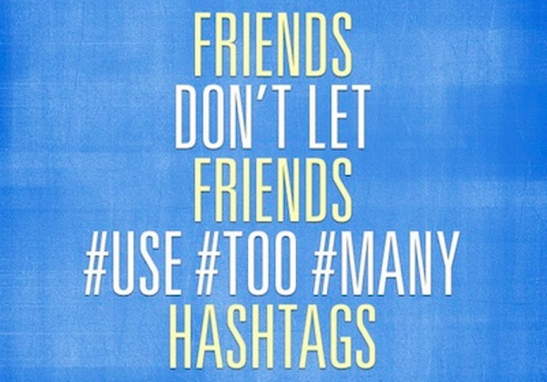 However, too many hashtags make your posts appear spammy, more difficult to read and, at the same time, when overusing them, you might also come across as needy … too anxious to be noticed and followed.

Although quite controversial, results showed that the vast majority of people hate them, even though when DMing our followers, 38% of them clicked through a link we asked them to. Nevertheless, we did get a couple of unfollowers.

I still classify them as a form of impersonal, dull and lazy communication.

Automated messages, in my opinion, remove a major advantage of social media marketing – the ability to be personal and relevant to individuals.

5/ Too much talking, not enough listening

Another trap, quite easy to fall into, is self-promotion. We generally tend to speak a lot about ourselves and we often forget to listen. And this totally applies to the way we choose to interact on Twitter.

Brands being too pushy, tweeting only about their services and what they have to offer, often put people off.

Obviously, from a business perspective, promotion needs to be part of the strategy, but not the core element.

It’s more important to listen to online conversation around your brand, contribute to it when necessary by adding value and making a difference to your target audience.

Is there anything else you’d add to the list? Feel free to contribute to the discussion and share your views in the comments section !