To see how businesses are evolving in their use of social media, we analysed the Twitter presence of 258 brands and compared it to this time last year. In this post we run through the key findings but you can read the full report here .

The brands were selected manually by taking a cross-section of major sectors (retail, travel, electronics etc) and picking a handful of the top brands operating in that sector.

2011 was the year that saw Twitter become genuinely mainstream. It was responsible for breaking several monumental news stories, saw extensive coverage on global media and tweets per second records were broken again and again as the world provided commentary on events such as the Royal Wedding and the announcement of Beyonce’s pregnancy.

For many brands still without a Twitter presence, this dominance in the media has clearly persuaded them to start taking the social network more seriously.

2. Some of the biggest brands are still not using Twitter.

Apple and Primark are among them.

Despite its ubiquity, certain brands are staying away. While Apple have accounts to promote certain products and services (@appstore and @itunesmusic), they have no official brand account, nor do they use any account to engage with customers. Some commenters have suggested Apple should invest heavily in, or even buy out, Twitter.

Primark steers clear from the network altogether – is it that they fear it will do them more harm than good or simply cause a massive strain on their customer service efforts?  Either way, in today’s social world of communications, brands that shy away from opening up will struggle to build trust and loyalty from their customers.

3.    There remains a slant towards broadcast rather than engagement.

While 75% of brands used Twitter for both broadcast and engagement, 13% solely broadcasted with only 3% solely engaging. 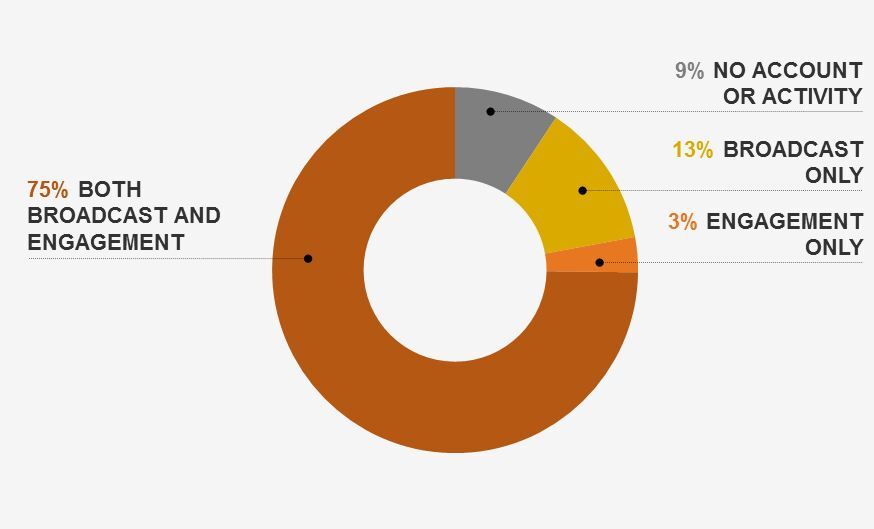 Businesses have been trying to incorporate social media into their communication strategies for several years now, but there is still much discussion about brands not “getting it”.
Whilst strategists and thought-leaders have done a lot to encourage businesses to think about social media as a new way to interact with their audience and not simply another marketing channel from which to broadcast, our analysis shows there is still the tendency to use Twitter as just that.

The proportion of brands using more than one account has increased five-fold on last year, with over 40 brands having 3 or more accounts. 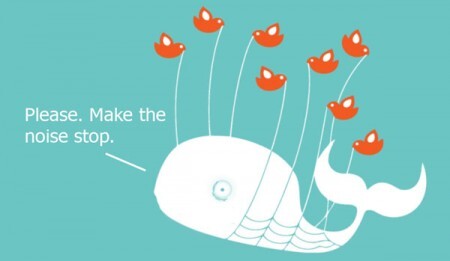 It’s become apparent to many brands that using the same Twitter account for promotional messaging and for customer service can prove problematic.

Savvy businesses are creating separate accounts to achieve separate objectives. There is the brand awareness and community building aspect of Twitter which requires a certain approach, and then there is the increasing significance of handling the many customer issues posted through Twitter which demands a very different tact.

Trying to promote your products and services and deal with customer problems on the same page is, unsurprisingly, not something brands have found easy.

5.    Focus has turned to quality not quantity. 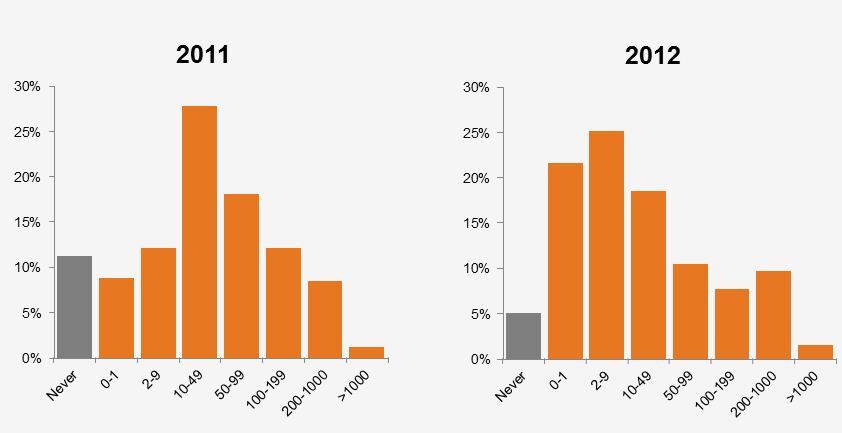 While there are a greater number of brands signed up to Twitter in 2012 than there were in 2011, the frequency at which they tweet has, on average, dropped fairly significantly.

Is this because, although businesses feel they should be on Twitter, they have been unable to prove its worth after signing up and have all but abandoned the channel?

This seems at odds with the success so many brands have enjoyed through Twitter and the percentage of brands with active accounts is still higher now than a year ago – they simply tweet less often.

So, perhaps more likely is that companies have evolved in their use of Twitter including greater focus on:

a)    The quality of broadcast messages, rather than simply quantity.

b)    Replying to existent customer issues.

It’s evident that brands have progressed significantly in their use of Twitter in the past year.

We can make some predictions about the next 12 months based on the trend data, but what do you think will happen?