Don’t try this at home: 8 examples of how not to use Twitter, provided by people in the public eye.

Behind every prominent public figure there is normally a Public Relations team managing and massaging public opinion about their client. These PR teams have access to a big box of clever tricks to achieve this.

PR people’s carefully-crafted press releases and bulging contacts book can make sure the message of the person they work for gets out there and gets across.

They can even use social media monitoring tools like the one offered by Brandwatch to assess the position of their brand/client in the market place – finding out what people are saying about their famous employee on the internet and acting accordingly.

And then their client goes and spoils it all by doing something stupid like writing what’s on their mind on Twitter!

The stars mentioned in this article might have (or had) lots of followers on Twitter but it is best not to follow the example shown by some of their micro-blogging behaviour.

Remember the time when the character Andy Millman in the TV comedy series Extras inadvertently offends the mother of a Down’s syndrome teenager in a restaurant causing mass (fictional) media hysteria? Well in October 2011, it was a case of life imitating art as Ricky Gervais, the actor who played Millman, found himself in a similar situation.

Gervais had taken to using the word ‘mong’ in tweets; examples included “Good monging everyone” and “two mongs don’t make a right”.

However, disability groups soon pointed out that ‘mong’ is a derogatory word; referring Gervais to the Oxford English Dictionary definition which states: “Mongol: A person with Down’s syndrome. Now generally regarded as offensive.”

The comic insisted that ‘mong’ now means ‘div’ and that this supposed semantic shift made the word acceptable. “Words change. Get over it” he tweeted on 16th October.

It took a polite word in his ear from Nicola Clark, a mother of two disabled girls, who contacted Gervais on Twitter, to change his mind, five days of defensive tweeting later.

Mrs Clark asked whether he realised that mong is an offensive word. Gervais’s response is posted below.

Gervais went on to thank Mrs Clark for her “kind, rational and understanding words in private” and admit that he was “naïve” to use the word.

As we’ll see, it’s unusual that there is such a happy, and educational, ending to incidents like this. But those who are worried that the apology means that Gervais’s playground humour will be blunted in future can sleep easily; he has now taken to referring to his followers as ‘twonks’ on Twitter.

When it comes to getting into feuds on Twitter, former newspaper editor Piers Morgan could write the book – that is if he wasn’t so busy baiting other public figures with provocative tweets.

No-one tends to emerge from such public spats with much credit. Morgan has definite ‘previous’ form regarding Twitter arguments. At least his Twitter battle of wits with footballer Rio Ferdinand contained some humourous (albeit vicious) barbs.

When Morgan goaded the England star about being injured he was met with the response: “Any more jip+I’ll call Jeremy Clarkson to spark u again.”

A cheap Ferdinand shot about Morgan’s “moobs” elicited the riposte “If I wanted a lesson on physical appearance I’d go to @evalongoria not Shrek’s ugly brother”.

And when Morgan tackled the subject of Ferdinand’s grammar, the Manchester United man let fly with: “If I wanted a grammar lesson I’d have gone to @stephenfry not a SACKED editor.”

Such was the case with Queens Park Rangers player Joey Barton in September 2011 when he took to Twitter after his side beat Wolves in a league game. Basking in the glow of victory, the magnanimous Barton called Wolves defender Karl Henry “a Sunday league player”.

Turning his attention to Wolves manager Mick McCarthy’s claim that he would have turned down the chance to sign Barton, the QPR player added: “I don’t know what Mick’s been smoking.”

Such outspoken comments risks incurring fines from the football authorities, something that former Liverpool winger Ryan Babel knows only too well. In January 2011 Babel posted an image on Twitter of referee Howard Webb in a Manchester United shirt after Liverpool’s 1-0 defeat at the hands of their arch-rivals; he was charged with improper conduct and fined £10,000. 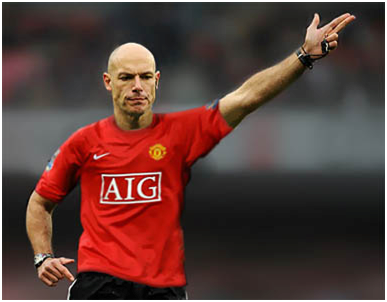 Stephen Fry – the host of QI is a serial quitter of Twitter. In 2009, he left the micro-blogging site after a follower had the temerity to label his tweets as “boring”. After a sunshine break in Los Angeles he admitted that his withdrawal from Twitter had been a “mood thing” and signed up again.

But in November 2010 he was at it again, using his Twitter account to vent his fury at Attitude magazine which, he alleges, misquoted him on the subject of whether women liked sex as much as men.

Fry tweeted: “So some f***ing paper misquotes a humorous interview I gave and now I’m the Antichrist.” A subtitle entry reader ‘No longer in service’ followed quickly. 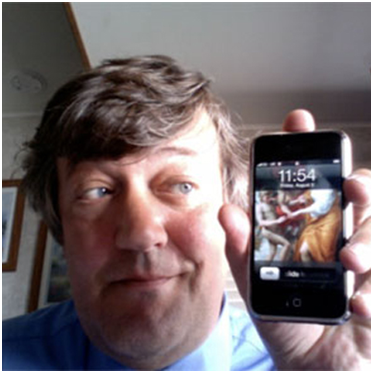 Fry has since returned to Twitter and his status is such that he can leave and re-join without disillusioning his followers. But other celebs might not be so lucky – repeated account closures could make followers think ‘Why should I follow you if you keep leaving?’ 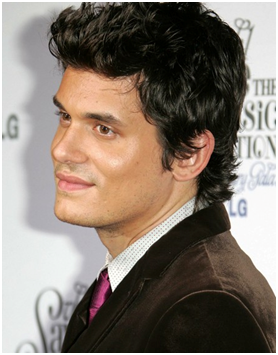 Blues singer and guitarist John Mayer has to be a prime example of a Twitter ‘user’. In 2010 Mayer set up an account and built up a following numbering 3.7 million followers.

But by September of that year he had left Twitter and fallen into the arms of Tumblr. Mashable reported that his flirtation with Twitter was merely a ruse to promote that year’s tour. This left a sour taste in the mouth for those Twitter fans who were looking for a more meaningful relationship with their idol.

We’ve had WikiLeaks and now perhaps it’s time for a TwitterLeaks website. Ryan Seacrest would definitely be eligible to be an honorary member of such a website. In 2010, the American Idol presenter revealed that his radio show was going to feature an interview with “tonight’s voted-off idol Lacey Brown”.

Nothing wrong with that you would think – except viewers on the west coast of America had not seen the episode in which it was decided that Lacey Brown would be voted off. 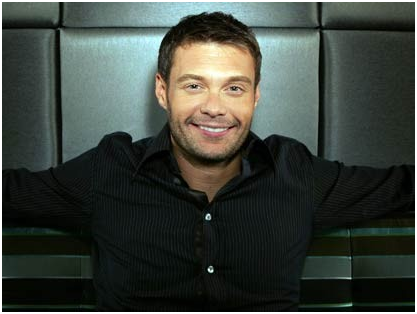 Twitter ‘leaks’ are also common on this side of the pond. Last year it was reported that, Stephen Fry – yes, that man again – had to remove behind-the-scenes photos of the final Harry Potter film which he had uploaded from his camera to this Twitter account.

One of the photos apparently showed Hogwarts in ruins after a battle between the teen wizard and his nemesis Voldemort – spoiler alert apologies to fans of the franchise who haven’t seen the film yet!

Paparazzi photographers who scramble up trees to try and pap public figures’ private parts could soon be out of a job – a lot of celebs seem to be doing a good job of ‘papping’ their own parts.

Take, for instance, Hayley Williams, the lead singer of rock band Paramore. Ms Williams uploaded a topless picture of herself on to her Twitter account. She later claimed it was an accident. 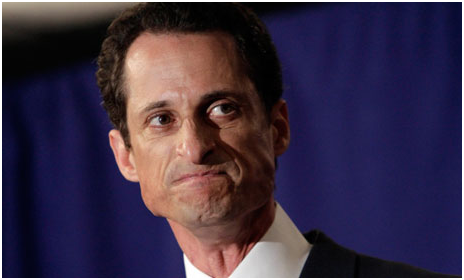 In June 2011, the unfortunately-named US politician Anthony Weiner went a stage further. Weiner was ‘exposed’ by the press for sending a link to a sexually-suggestive photograph of himself via his public Twitter account. It was reported that you could see the Congress member’s member in the snap.

Weiner adamantly denied the allegation. Then he admitted it. His resignation followed.

Twitter is a great place to let off steam right? Well, yes and no. It’s one thing expressing a political opinion at the water cooler with a close friend who shares/tolerates your views but would you be comfortable repeating these views to a cross-section of society from a loudhailer at Hyde Park speakers’ corner?

If the answer is no then you should think twice about broadcasting your thoughts on Twitter.

It’s a dilemma US actor Scott Baio, famous for playing Bugsy Malone as a child actor and Chachi on the sitcom Happy Days, is now aware of. In April 2010, Baio ended up with custard pie on his face after tweeting: “Taxes are DONE… That should feed, house and provide medical [welfare] for a few lazy non-working people at my expense. Have a great Monday!”

A blog called Jezebel picked up on the tweet and when they publicised the story, the backlash ensured that Baio’s Monday swiftly became more taxing.

Public outrage, and an invitation to speak at the Hollywood Congress of Republicans conference, followed.

Twitter only allows you 140 characters to get things off your chest – but that’s more than enough space for celebrities to make a fool of themselves, attract controversy, land in hot water or display poor social media etiquette.