Back To School Shopping: 5 Insights Retailers Need To Know

With millions of dollars being spent on back to school shopping, what do retailers need to know? We analyze the data, and share the insights.

The days are getting shorter, the breeze slightly cooler and if you listen closely, you can hear the defeated sighs of students finally facing their summer homework.

But before students hit the halls, they must shop to be prepared for all the classes and extracurriculars the school year holds in store.

So as eager parents and anxious students set off to retailers across the nation, supply lists in hand we ask: Where are they going? What are they buying? How can retailers meet this season head-on?

Here are five key insights you can use to make the most of the back-to-school rush. Let’s take a look.

To answer these questions, we used Brandwatch Analytics (with a little help from Brandwatch Audiences) to track mentions of back-to-school purchase intent from May 1st through August 14th.

By writing a query for back-to-school purchase intent we were able to pull in mentions of people expressing a desire to go out and shop for all sorts of school supplies, as opposed to those broadly mentioning back-to-school.

Here’s what we found.

1) Moms in the mentions

Overall, this query pulled in 17,700+ mentions over the past three months. Of these mentions, the majority were posted by women, at a gender split of 66% to men’s 34%.

Who are these women? One thing we can see for sure is that there are a lot of moms in these mentions.

The top interest among all unique authors was Family & Parenting, something that doesn’t come as a huge surprise, considering how involved mothers are in their kids’ back-to-school shopping. As a group, mothers are more likely to engage on social media and use various platforms to seek out parenting information.

This showed in the online conversation. Moms took to the internet to discuss their shopping experiences, find good deals and connect with other parents.

Gonna do some school shopping for my kids today….hoping to find good deals

I am pretty proud of myself and rewarding me with a cup of coffee and some quiet time. I just conquered back to school shopping with 5 kids! And my kids were so well behaved! Pretty sure I am officially the world's best mom. #Ididit #backtoschool #5kids1mom #mevsthem

We wanted to make sure moms did in fact make up a large portion of the back-to-school shopping conversation. To do that, and to see who else was tweeting, we dug a little further. Enter: Brandwatch Audiences.

In Audiences, we defined a Twitter audience of authors tweeting about “back to school shopping”. Audiences confirmed that more women were tweeting about this topic than men. 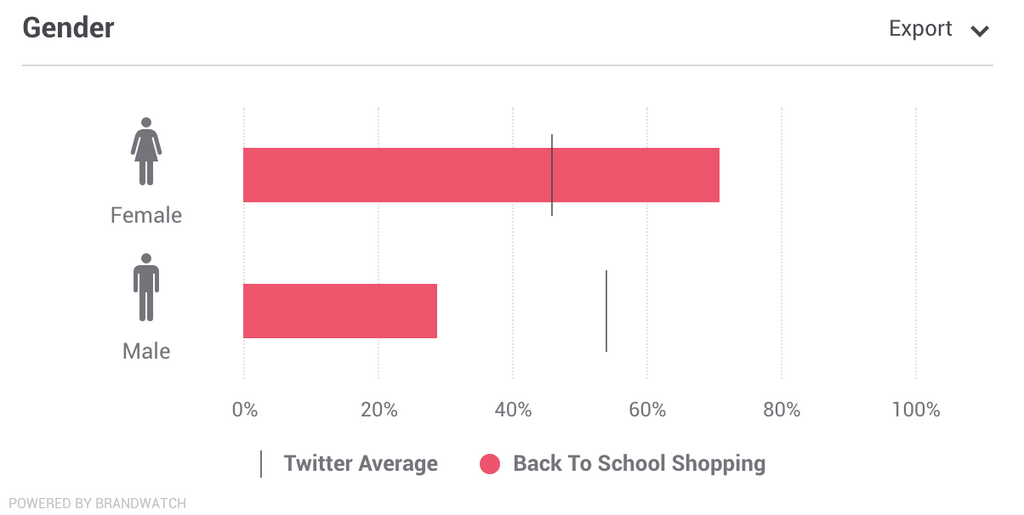 Audiences also confirmed that Family & Parenting was the top interest, by a lot more than the Twitter average.

What’s even more telling is the bio-keywords cloud. These are the most popular keywords in this audience’s Twitter bios: 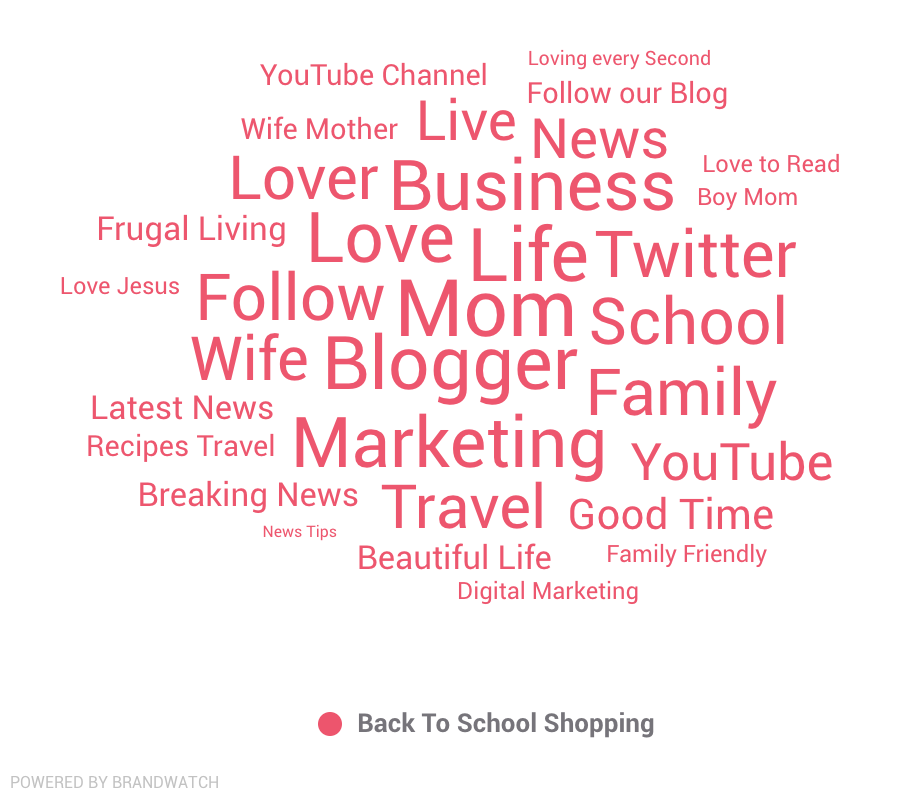 As you can see, keywords “Mom,” “Wife” and “Family” are all featured prominently. “Blogger” was a popular keyword, most likely due to its use in the bios of so-called “mommy-bloggers,” mothers who mainly blog about parenting, family and other, similar topics of interest.

So who else was tweeting about back-to-school shopping?

Many authors classified under nearly every profession in this list also had the keyword “mom” in their bio.

Students and teachers were also tweeting about back-to-school shopping, though teachers were more vocal about it. Who’da thunk it?

Now that we know who is posting, let’s take a look at when they are posting.

The most popular time of day to post was 3pm. Another, albeit smaller, spike occurred at 10am, which could be attributed perhaps to the fact that many stores open their doors around that time, and many people have woken up and set out for the day.

As far as the most popular date to post about back-to-school shopping, there was a sharp spike on July 10th, on account of this generous tweet by rapper @lilyachty, which resulted in over 2,000 retweets.

Also, I wanna take a few lucky family's back 2 school shopping. All information will be on my site. It's time to give back. #sailingscholars

After that spike, mention volume drops considerably, but shows a gradual upward trend throughout the rest of July and August.

Schools in the United States begin at varying dates throughout the summer, due to educational policy being determined at the state-level.

However, the majority of schools begin in mid-to-late August and the beginning of September, so monitoring this chart further could reflect a continuation of this upward trend.

Looking at the mention volume of some of the more talked-about retailers reveals that the top of the pack includes Walmart, Target and Amazon, almost consistently in that order.

Middle of the pack retailers include Kohl’s, JCPenney and Staples, and the least amount of mentions belonged to Best Buy, TJ Maxx, Macy’s and Marshall’s.

A jump in most retailers occurred the week of July 31st, which we attribute to start-dates of many schools during the month of August.

Retail sectors reflected different types of activity throughout this time period, when compared to the retailers themselves. The most popular sectors to post about were clothing and office supplies.

Sporting goods, books, shoes and electronics made up a less significant portion of the online conversation surrounding school supplies.

All retail sectors, however, did reflect a spike the week of July 31st.

4) The one-stop shops for back to school shopping

Looking at the top three most-mentioned retailers revealed that folks like going to a one-stop shop. At each of the top three retailers we looked at, we found mentions of each retail sector.

Walmart and Target received the most mentions, followed closely by Amazon ― another reminder that the e-commerce giant is sapping business away from brick-and-mortar retail. 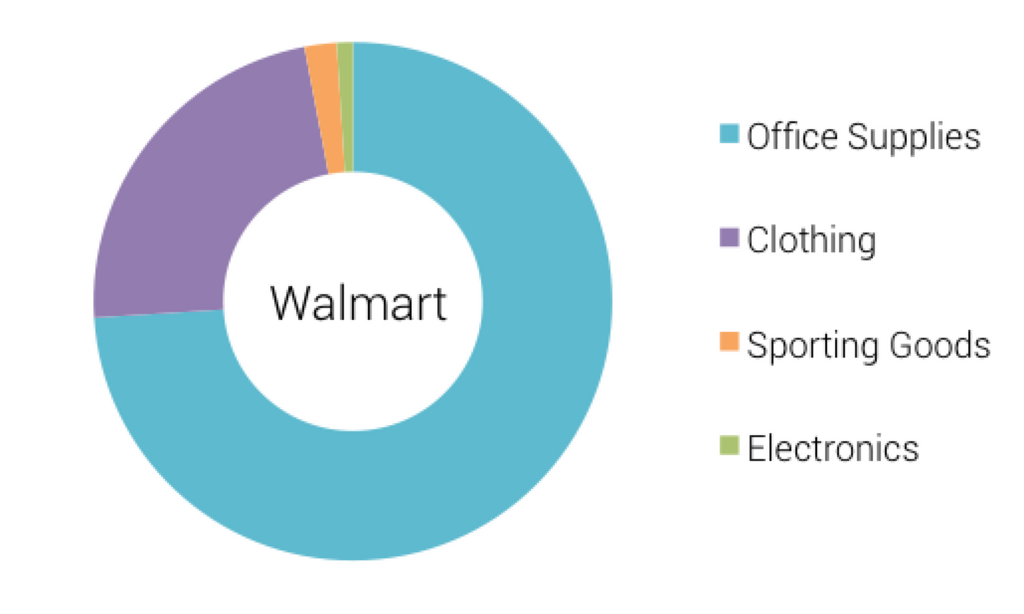 On a scale of one-stop shop-ness, Target is the clear winner. Mentions of all four main retail sectors were spread out more evenly at Target than at any of the other retailers. 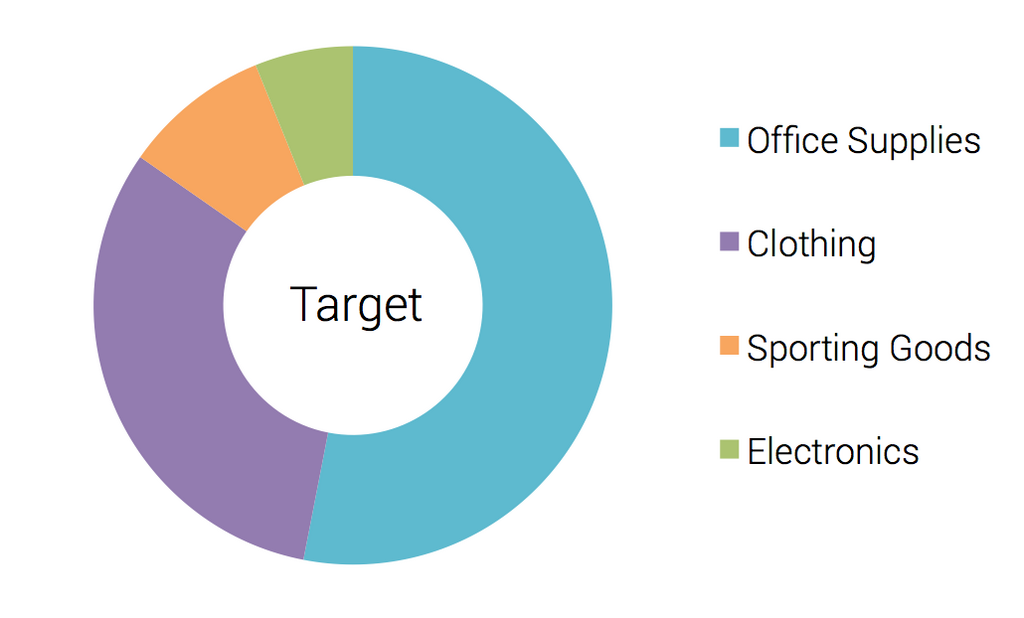 It’s no surprise that the retail giants dominated online conversation, since they carry everything a back-to-school shopper might need to start the school year prepared.

Finally, we compared the early birds to whoever’s the opposite of early birds. The worms?

To do this, we wrote up two rules. Rules are like a query within a query, allowing you to easily segment your data. The first rule included all mentions of terms suggesting the author had completed their school shopping early. The second rule similarly pulled mentions, but focused on mentions that suggested the author had yet to go shopping.

These rules pulled in 2,781 mentions, with a whopping 87% of all mentions fitting the rules suggesting that folks favor putting off back-to-school shopping for the last minute, whereas 13% seem to have completed their shopping with plenty of time to spare.

Of the early shoppers, we found that 81% were women.

Last minute shoppers still skew more toward women, but considering the majority of mentions in this entire query were women, this wasn’t so surprising. Still, 74% of women and 26% of men leave back-to-school shopping for the last-minute.

Activity for both shopping periods is highest in August, but the last-minute shopping activity trend starts further back. This is partially prompted by people’s declarations that they won’t repeat last year’s mistakes.

I'm gonna start school shopping early because l got everything at the last minute last year.

Using Brandwatch Analytics, we were able to uncover the who, the what and the when of back-to-school shopping.

Focusing on intent-to-purchase mentions allowed us to glean insights about how retailers’ audiences spend their money during the busy back-to-school months.