Behold the Power of Social Media: Sending a ‘Hot’ Star to a Very Cold Place

Pitbull (the wordsmith, not the breed of dog) may have had his share of ‘hot’ summer hits, but this hasn’t stopped thousands of people endeavouring to send him to one of the coldest places in North America.

American supermarket chain Walmart is currently running a competition for fans of Pitbull to win a visit from him at their local store, in a campaign to promote ‘Energy Sheets’ (caffeine infused strips that melt on your tongue… for when drinking Red Bull is too much effort). The store that receives the most ‘likes’ on its Facebook page will be where Pitbull is sent for a meet-and-greet with the locals. 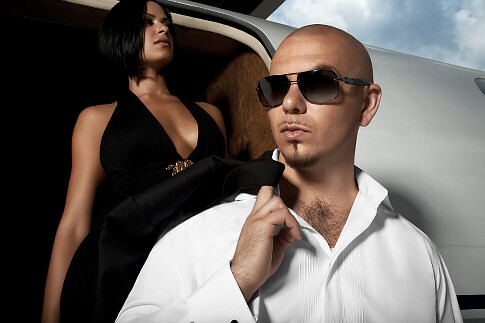 In typical social media style, the competition has been hijacked by thousands of people hell bent on banishing Pitbull to the most hostile location possible – the Kodiak store in Alaska, which has now received tens of thousands of page likes, whilst Twitter users are touting the hashtag #exilepitbull (apparently coined by ‘Something Awful’ bloggers David Thorpe and John Hendren).

The Kodiak store apparently stocks such goods as snow boots and bear repellent, so at least the entertainer will be well stocked with useful supplies when he lands on the island.

The store, meanwhile, which currently has nearly 70,000 likes on its page, is desperately trying to pretend that the votes are the result of true support from fans, awkwardly thanking people on its timeline for their support and ignoring the mickey-taking comments, such as  “dont forget to keep him there” and “ No I don’t want Pitbull at my Walmart. That’s why I liked this page”.

We’re sure Pitbull would rather have one of his home stores in Miami win the vote, but each of his local stores’ pages have less than 1,000 likes and, with less than a week of voting left and the #exilepitbull campaign in full swing, it’s unlikely the tides will turn. 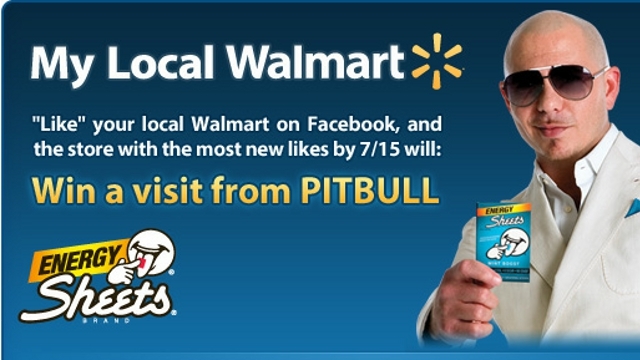 However, he’s taking it in his stride, joking about it on Twitter and seemingly happy to go wherever he’s sent.

Warren Struhl, the founder of Sheets Brand who make Energy Sheets, doesn’t seem particularly bothered either, telling CNN: “I’ve known Pitbull for a few years now, and he’s up for a party – whether it’s around the corner, or you have to get there by three planes and a boat in between, as I understand it takes to get to Kodiak”. We’re sure the publicity gained – which, despite the negativity towards Pitbull, seems to be fairly good natured – is far outweighing any negative impact.

It’s fairly common for internet users to take part in crowd trolling, for no reason other than for lulz. Send a rap star to Alaska? Great! Make a one-hit wonder the ‘best act ever’ at the MTV awards by Rickrolling? Why not. Bombard an internet vote to save a much-loved disabled comedian in a rigged (allegedly) Oprah competition? Of course.

This is the brighter side of internet trolling, with little harm caused (unless Pitbull has an encounter with a bear in Alaska…). Trolling can, of course, be a much darker and damaging force, but it can also unite people in the name of a bigger cause…even if that is only the universal mocking of a ‘superstar’. Or, a physical protest against a ban on flares at football matches. Either way.