We have been very careful to make this post *SPOILER FREE*!

To put this post into context for those of you who don’t watch the series, Breaking Bad is the intense story of a chemistry teacher who is diagnosed with incurable lung cancer.

In order to secure financial stability for his family after his death, he starts producing and selling methamphetamine, otherwise known as crystal meth. The series follows his descent into a life of crime and treachery.

After the first half was broadcasted in July 2012, Breaking Bad fans have been waiting patiently for over a year to find out what fate awaits their favourite good guy gone bad, Walter White.

Now, if you’re already a Breaking Bad fan, it is likely that you have seen this teaser trailer released by AMC, but for those who haven’t:

As the trailer leaves the outcome of the final series shrouded with mystery, it is no surprise that fans were particularly excited about its premiere.

As of this lunchtime (BST) there have been over 100,000 mentions in the past 24 hours about the final series of Breaking Bad.

Interestingly, 68% of this conversation took place on Twitter, with the three top hashtags including #breakingbad, #getglue and #walterwhite – with #getglue really showing how fans are embracing the dual-screen revolution and more specific social networks.

Get Glue is an app where you can check-in, in a similar way to Foursquare, to signify which programme you’re watching, in order to discuss it with other users, and it proved to be a popular platform for Breaking Bad fans last night.

The Walter White (the character’s name) hashtag was used along with quotes from scenes and comments about the show, as figures confirmed that people were tweeting most whilst watching the programme.

Being an American series, the programme aired in the United States first. This was reflected in the discussion, as 88% of the mentions originated from the US. 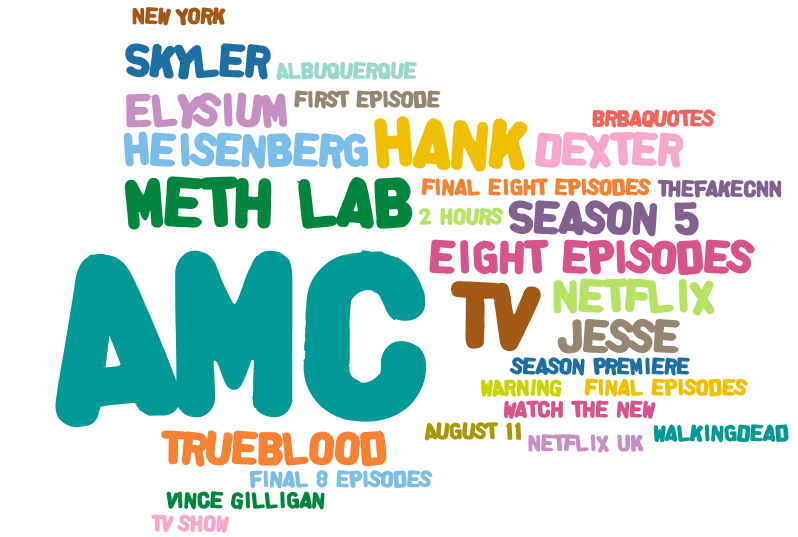 The most frequently-discussed topics included character names, AMC (the network that airs the programme in the US) and key themes such as ‘meth lab’. People also discussed Breaking Bad in reference to other shows that aired on the same evening.

The conversation in the UK, however, takes a different turn, as Netflix released the first episode to viewers this morning; fans were more concerned about spoilers on Twitter than anything else:

Fortunately, fans of Breaking Bad seem to respect the no-spoiler rule, as there was hardly any trace of give-away tweets.

The top emoticon used in mentions is the ‘smiley face :)’, reinforcing that sentiment towards the new series of Breaking Bad is receiving a warm reception so far, and as the day continues the amount of mentions in the UK continues to rise.

It also appears that males are taking a lot more interest in the new series than females, making up 70% of the conversation. 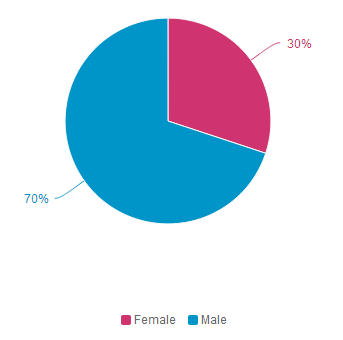 So far the online conversation surrounding the new series of Breaking Bad is setting the internet alight, trending on Twitter and elsewhere, as excitement around the new series mounts and audiences share their thoughts about the show.

The overall reaction is overwhelmingly positive too, though thus far the novelty of the start of the new series is outweighing the discussion of what is actually happening in the episode. We’ll keep an eye out later in the series (and the presumably epic finale) to see what people make of what they watch.