The Capitals of European Industries

Unveiling the true capitals of fashion, wine, food, and more

Many cities are known as the capital of something. New Orleans is the home of jazz, Paris the city of love. But what if these titles are misguided? Or outdated?

By looking at online conversations concerning different industries in a variety of European languages, it’s possible to discover cities that are true ‘industry capitals’ by comparing the conversation volume to the city’s respective “online population.” An online population being the volume of conversation that occurs in that city by measuring post volume among top social media sites

When thinking of the fashion capitals of the world, many jump to New York, Milan, and Paris. According to social media, that isn’t far from the truth. When looking at interest in fashion, clothing, and designers in European countries, Milan remains the top city in Europe. Followed are two more Italian cities: Naples and Rome. 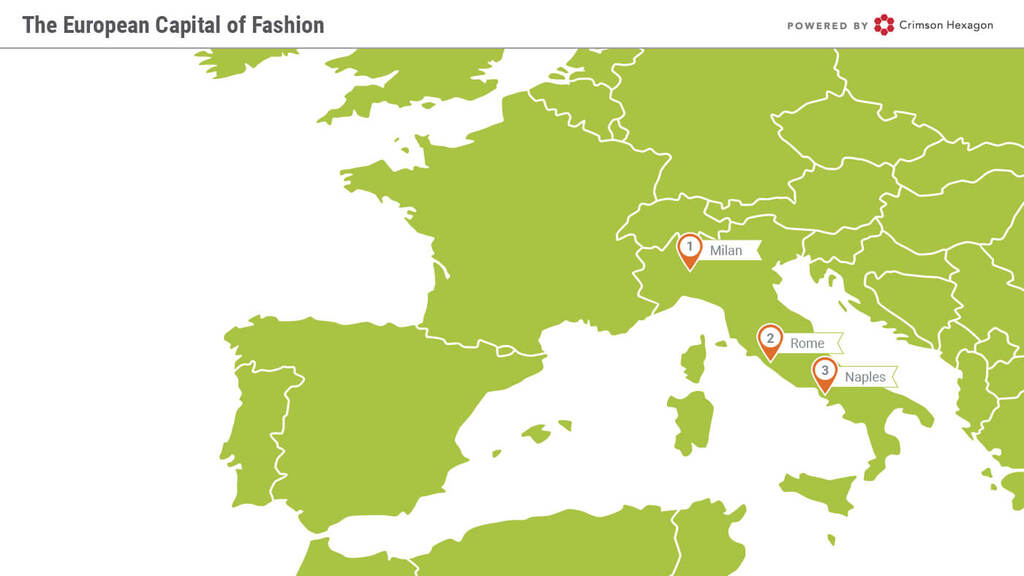 France not the food capital many thought

France is known for their food prestige; French gastronomy even makes the UNESCO Intangible World Heritage list. However, they don’t seem to be the most interested in food or cooking.

Italy takes the prize here again, with Salerno, along the Amalfi Coast, exhibiting the most interest. Again, Italian cities round out the top 3 (and in this case, even the top 6), with Milan and Naples coming in 2nd and 3rd, respectively. 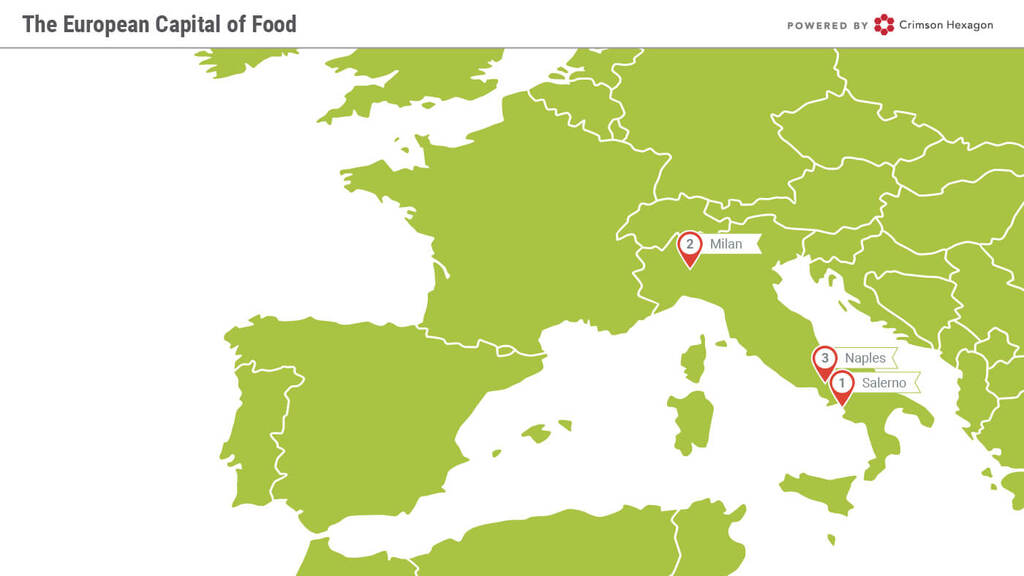 When people think of European wine, their minds immediately jump to France and Italy, known for centuries as the top players in the crowded European wine industry. The Bordeaux and Tuscany regions are often hailed as the best in the world, let alone Europe.

However, a lesser known wine region tops the list: Rioja, Spain. Known for their own red grape, La Rioja, and a number of other reds, the northern region in Spain exhibits the most interest on the continent. Tuscan cities Siena and Verona, Italy round out the top 3, with Bordeaux coming in 6th. 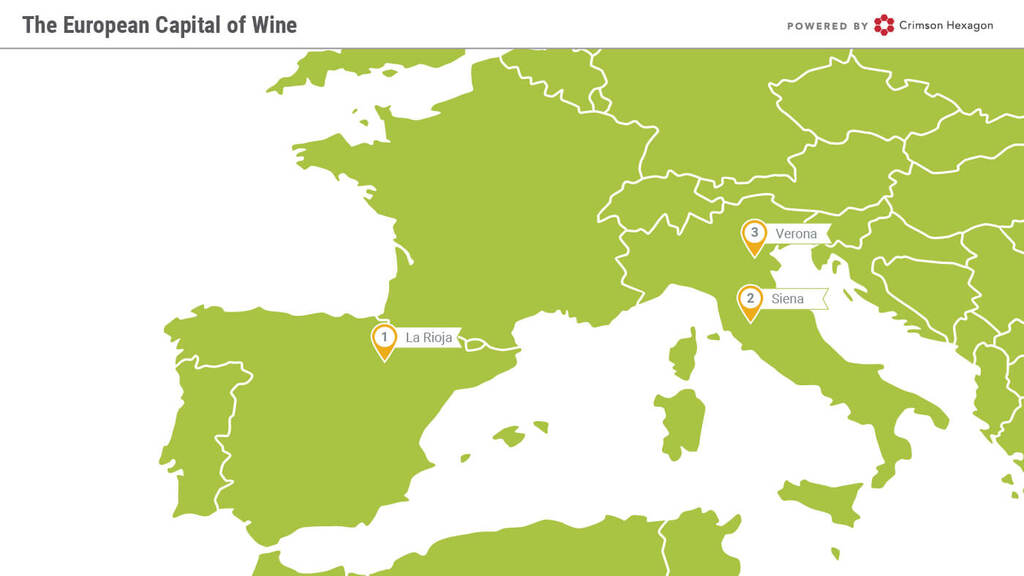 The Germans still own the car industry

While Italian cars may be the height of luxury, the Germans are known for crafting quality vehicles such as Mercedes, BMW, and Audi. German cities rank in the top 3, with Essen coming out on top. Stuttgart, Germany, the home of auto headquarters of Mercedes and Porsche, comes in second and Frankfurt comes in third. 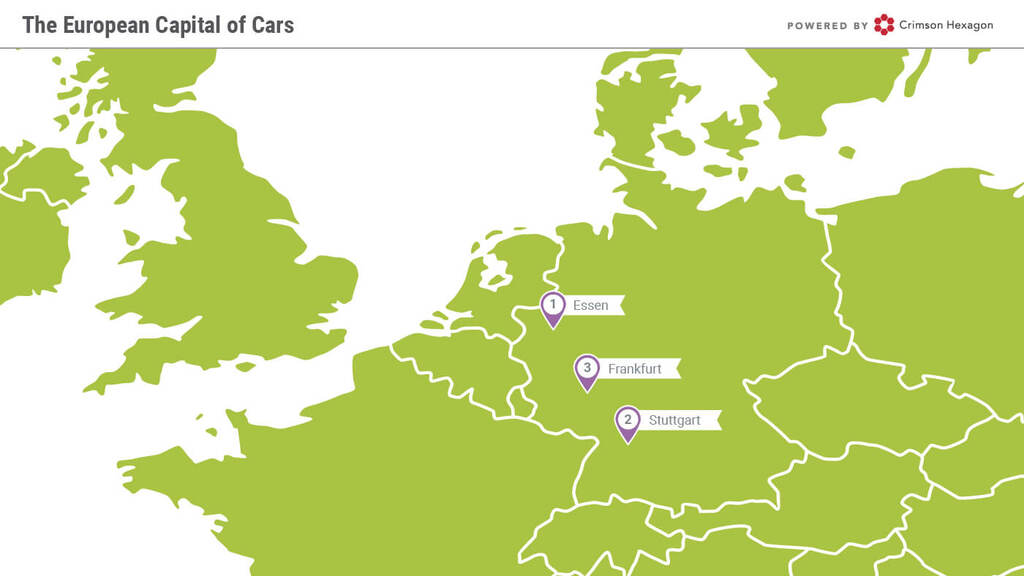 Berlin the new capital of music

Music doesn’t have quite as much of a standout capital city in Europe. The opera began in Italy, many classical composers came from Austria, and flamenco hails from Spain. However, today’s capital of music in Europe goes to Berlin, known for its underground dance music and rave culture. Milan and Verona come in second and third, respectively for musical interests. 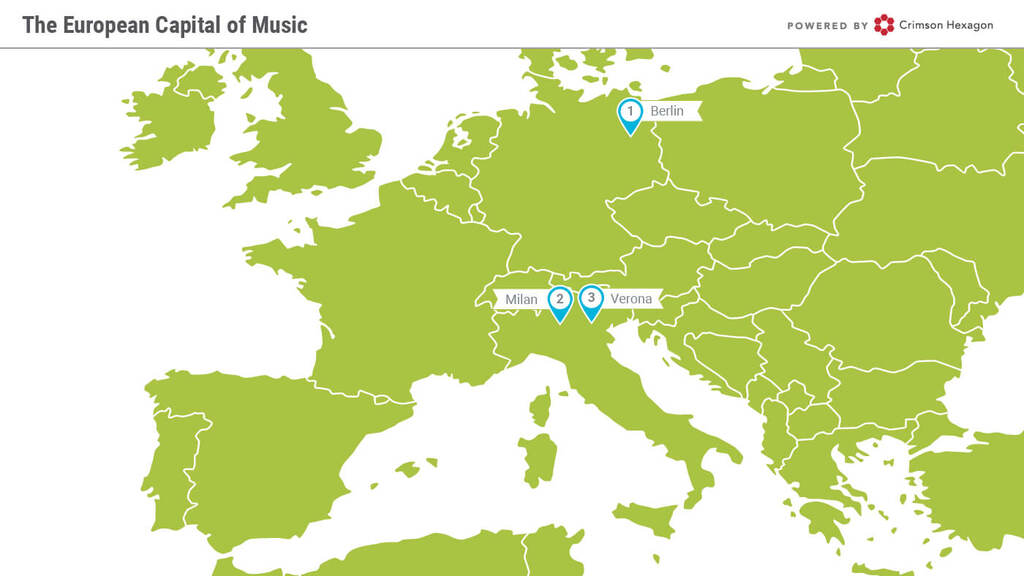 When looking at these different industries and seeing where in Europe they have the most interest, one pattern pops up: Italy is still the Renaissance country they were centuries ago.

Back then, the “Renaissance man” perfected painting, sculpting, invention, and science; now Italy has perfect fashion, food, wine, and music. The only place they didn’t rank was cars, but surely they would if it were only luxury sports cars we looked at.

So if you’re looking to discover some new fashions, head to Milan or want a new ride, Germany seems to be your best bet.