Running competitions has been a popular way of boosting sales and generating awareness of brands for many, many years. With the momentous shift from traditional to digital marketing over the past decade competitions have also taken on a digital form. Running a successful digital competition can be tricky, and you could find yourself drowning in an ocean of social data, trying to unearth the winners, identifying the most influential entrants and managing the levels of consumer engagement. When Kellogg’s were looking for a platform to help handle these issues they knew the best product on the market for such a job was Brandwatch.

Kellogg’s don’t really need an introduction. They are a globally recognised breakfast brand, responsible for some of the most iconic marketing and advertising campaigns of the past and current century.

Brandwatch Analytics dashboards and templates allowed even the most unanalytical minds to get up to speed fast. Not using an experienced agency for the campaign meant that the Brandwatch ‘always on’ support team were also a major draw for the Kellogg’s social teams.

“The simplicity of the Brandwatch platform and exceptional support allowed us to dig into Twitter campaigns in ways we had thought to be too complex in the past.” – Vicky Keller, Digital Executive at Kellogg’s UK. 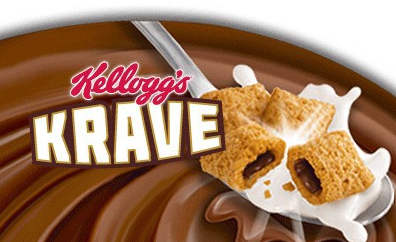 Brandwatch Analytics collated all responses to the daily challenges over the three month period.

This presented Kellogg’s with a wealth of data right at their fingertips. “The Brandwatch dashboards were a goldmine of data that was easy to understand.” – Vicky Keller, Digital Executive at Kellogg’s UK.

Using Brandwatch Analytics for this campaign has put Kelloggs in an advantageous position for their next digital campaign. The brand is in the driving seat, accompanied by a vast amount of data on their consumers which will help influence and inspire future campaigns which will ensure even greater success.