Download and share this report yourself to learn more, and continue raising awareness for Kick It Out, helping them fight abuse in football...

Are you a football fan? Do you spend time following football on social media?

If the answer to both of those questions is yes, then you’ve probably witnessed football related social media abuse.

For three years Kick It Out had been tackling social media abuse in football alone, attempting to expose the scale of the problem and educate the victims and offenders.

To help combat this problem, Kick It Out teamed up with Brandwatch and Tempero. Together, we exposed the full scale of the problem, helped educate millions of people, and informed strategies to help end the abuse for good.

But there’s still work to be done.

Tackling the problem of abuse in football

‘Only Brandwatch has this type of power to query, combine and segment data – using any other platform would have been incredibly onerous.’ Mick Conroy, Tempero

As the ‘Leader’ in social media monitoring (G2 Crowd), no other vendor had the capacity to take on a task of this scale.

With Rules and Categories set up, we were able to breakdown each abusive mention by club, player and match, we even found the location, gender and profession of the abusers.

The findings identified just how commonplace football discrimination was, and is, on social media. The following data reveals the total number of abusive mentions directed towards clubs, players and fans: 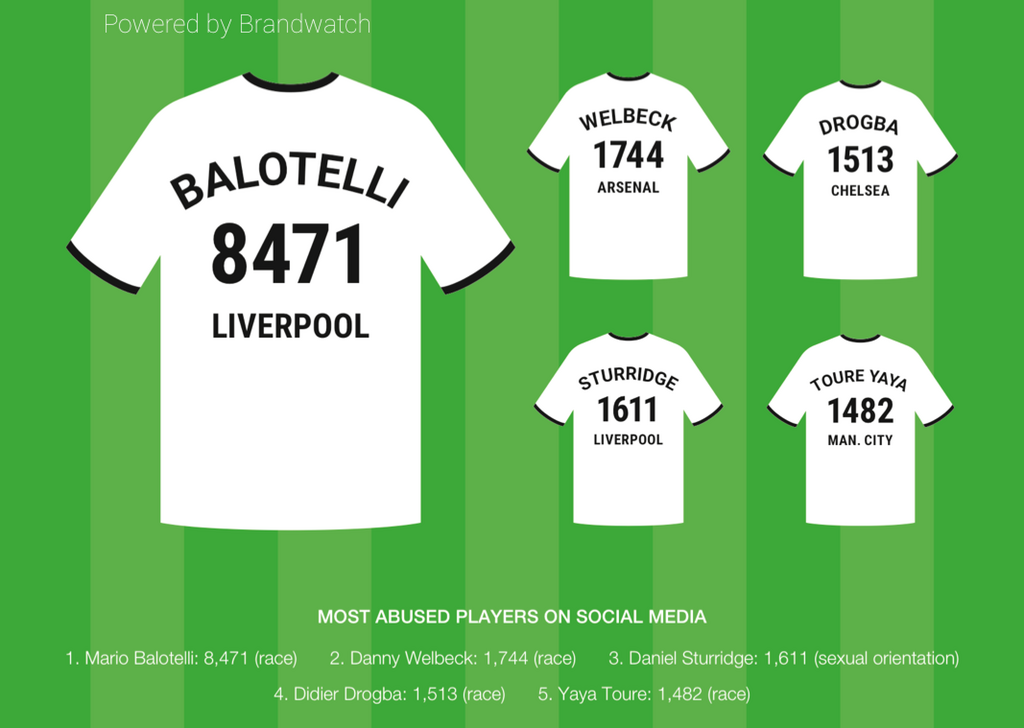 Download the case study to discover which player was abused the most, which club received the most abuse, what type of abuse was most commonly used, and more.

The research – released in April 2015 – resonated strongly with fans and journalists within the football community.

The media, fans and equal rights groups across the UK and beyond showed tremendous interest and support by helping to spread the messages.

Over 108,000 mentions were made about the research in the three days following the release. Publications such as the BBC, Guardian, CNN, Mashable and many others covered the story, providing Kick It Out with the exposure they desperately needed.

However, work must continue. With the Premier League season coming to an end, the need for action has never been greater. You can spread the message via your own social channels to help kick it out for good:

The aim of this research is to demonstrate that change needs to be undertaken collectively by main bodies across the UK, the police and social media.

Download and share this report yourself to learn more, and continue raising awareness for Kick It Out, helping them fight one of the largest problems affecting football and social media.