Brandwatch has been #FeelingNuts for the past few months by supporting the team at Check One Two and their mission to eradicate testicular cancer...

Brandwatch has been #FeelingNuts for the past few weeks by supporting the team at Check One Two and their mission to eradicate testicular cancer.

The movement shares information via social media explaining how to check for early signs of testicular cancer. They’ve been able to multiply the reach of the campaign by challenging people to ‘feel their nuts’, and similarly to the Ice Bucket Challenge, those who are challenged will challenge their friends to do the same.

What’s unique about Check One Two is how they’re not asking for donations or contributions. They work out the success of the campaign based on how many people hear about it, and learn about how to check for the disease.

The campaign has already generated an impressively large conversation about an issue that people are often uncomfortable talking about.

Using Brandwatch, they’ve been able to show how the movement has spread across the globe. Here are some of the key stats taken from the last 3 months: 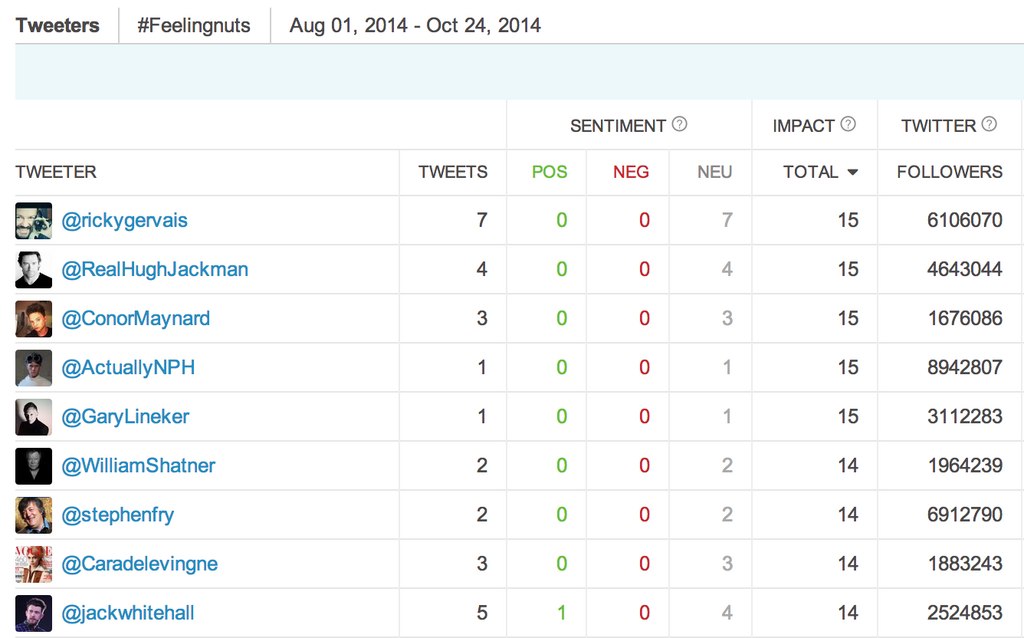 A number of celebrities from the US and UK have tweeted images of themselves feeling their nuts. We’ve been able to find the tweets that have had the most impact in the Twitter universe. Unsurprisingly maybe, boy bands dominate the leaderboard.

Interestingly, Check One Two have been able to figure out the type of audience these celebrities are influencing by using the Demographics tool.

However, a more insightful extract from that graph is how it shows the sheer power of a faithful fandom.

5 Seconds of Summer are still a relatively new boy band, yet their connections with One Direction have helped drive a huge amount of fans to follow the group. So much so, they generated more mentions online than the five other main celebs combined. 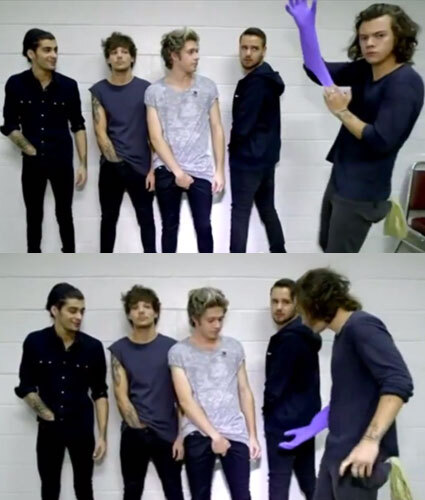 Last Friday the movement flew off the news feeds of social media and into living rooms around the country when Channel 4 broadcasted a #FeelingNuts Comedy Night show hosted by Jack Whitehall.

This was the first time the campaign had been featured on primetime television and it caused a significant spike in conversation. With celebrities like Cara Delevingne and James Corden taking part the movement was seen by a whole new audience.

As usual, Brandwatch was on hand to track the social activity and figure out which celebrity raised the most awareness on the night. Here’s the percentage share of mentions:

I know what you’re thinking – there’s no way Jack Whitehall was mentioned more online than One Direction. Well, this analysis only looked for mentions of One Direction and Feeling Nuts, so although many fans tweeted about the boy band, not as many referenced the campaign.

The #FeelingNuts movement will continue to grow as the group looks to take the movement overseas. In the meantime you can help spread their message by tweeting the hashtag #FeelingNuts and visiting their website to get more information on how to check for testicular cancer yourself.