CES 2015: Are We Finally Going Back To The Future?

Drones, 3D printers, robots, self-driving cars, wearable tech – CES 2015 had it all. The International Consumer Electronics Show 2015 show wrapped up last week and we’ve been tracking the buzz and conversations around the techie dreamland. 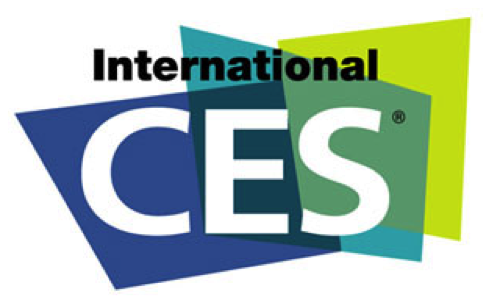 We saw nearly one million mentions of CES 2015 and wanted to take a look at what was being discussed during and after the event.

Conversations were consistent in the first few days of the show.

We saw the first rise in Tweets occur between January 6 and 7 after Intel CEO, Brian Krzanich, delivered his keynote speech. There he announced that Intel was pledging $300 million to  increase diversity in Silicon Valley.

Celebs as far as the robotic eye can see

While CES may be Christmas for the tech world, plenty of celebrities got in on the action in Sin City.

The most mentioned celebrity in association with CES was… drumroll… will.i.am. He was zipping around the conference via telepresence on a robot made by Beam, but also appeared in the flesh during the event. He was at the event because he is the 3D Systems’ Chief Creative Officer. 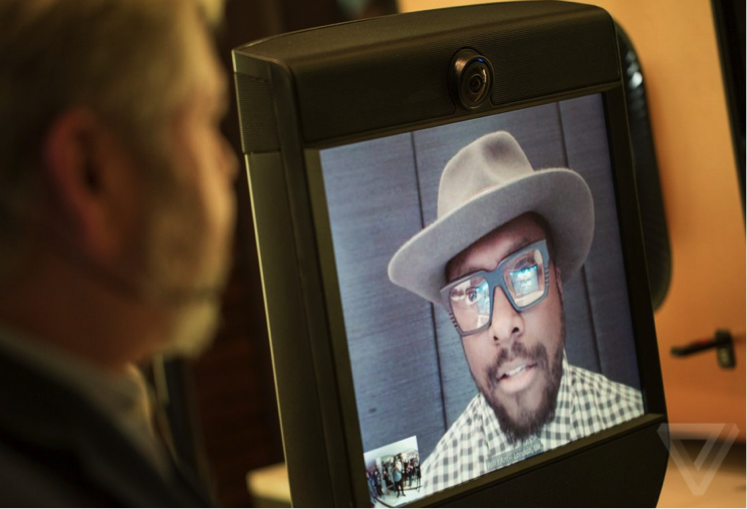 Are we keeping up with the Jetsons or are we finally Back to the Future?

This year many tech news stories and Tweeters referred to the products at CES as keeping up with the Jetsons (420+ mentions) or going “Back to the Future” (380+ mentions). 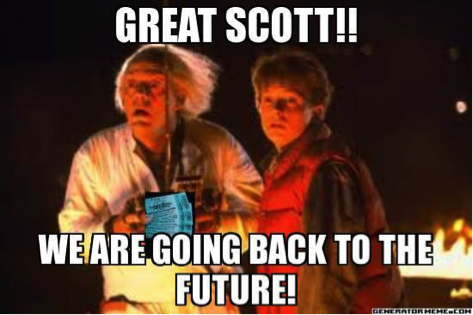 While the show may not have brought us hoverboards (unfortunately), there were still plenty of futuristic drones and robots on display.

According to the reports of attendees, drones were flying high at CES and ranged in size from as small as a business card, with much larger models zipping around as well. The main players in this space, Airdog, Hexo+, Zano, Trace, and Ghost touted that the drones could fly themselves and can even help people take 360-degree selfies. Addressing the real needs of society today (where’s the sarcasm font when you need it?).

One fascinating, but at the same time terrifying, trend was robots. While there isn’t yet a do-it-all Rosie from the Jetsons, there were upgraded vacuums, Powerbots to mop ceilings, MEDi for hospitals and doctor’s offices, and even Budgee which can carry up to 50 pounds for you (seems great for grocery shopping). 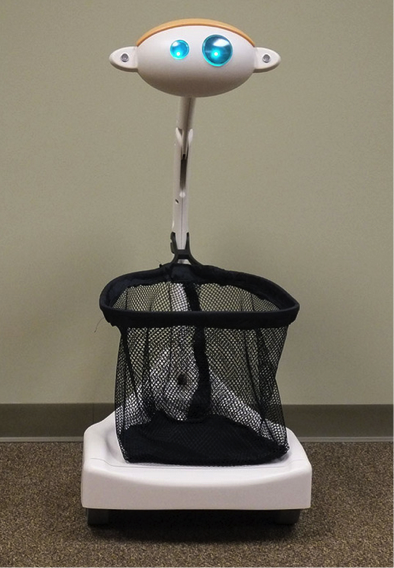 Of the two, drones certainly received more attention at CES (23,000+ mentions), probably because people were interested in Snapchatting and Instagramming their selfies.

Both drones and robots made their way into the most mentioned topics in the social CES conversation, in addition to TVs, laptops, and curved displays. 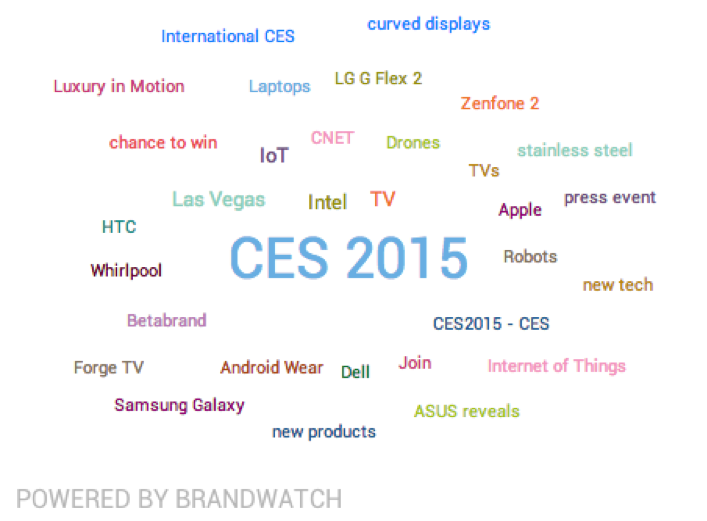 When you have that many techies under one roof (or in one zip code), you’re bound to get some pretty bizarre products. Who ever thought a Walkman would be needed again?

Here are some of the strangest products to watch out for:

While CES 2015 may be over, our social data work is far from done.

In preparation for the conference, we collaborated with Text100 and Redshift on a research project for the event to help brands make the most of their investments at CES. The study compared consumers’ needs with brand output, and revealed some interesting points.

The CES 2015 Consumer Tech Awareness Survey discovered that there is a definitely a disconnect between media and brands with consumers at CES. The report found that awareness of CES is low among consumers. The average person just isn’t aware of CES.

Make sure to check out the recap blogs from Text100 on day one of the show and how Intel made the biggest splash during the week, securing the honor of most mentioned brand on Twitter.

We are in the midst of creating a comprehensive report with Text100 to compare consumer sentiment with real-time media and social conversations around the event. This will help brands uncover potential gaps to help them leverage CES in the best way possible. Be on the lookout for those findings!

Want to learn more about how social listening and analytics can help consumer tech brands align more closely with consumers and bring products to market in the most effective way possible? Download our free report, below.