The 2018 World Cup, hosted by Russia, is underway. So we've decided to analyze some of the bigger games' social media reaction. We'll be adding to the list as the competition goes on.

The World Cup has been very exciting so far. Upsets, penalties, and loads of late goals. For spectators, it has been an incredible competition already.

And of course, social media has been picking apart every shot, save, and player, so we wanted to dig into what they’ve been saying.

We’ve chosen a bunch of games to cover and analyze from a social data perspective. From Twitter’s MOTM to top emojis, we’ve put together some unique sum-ups.

We’ll be updating this throughout the tournament, so simply click on the links below to jump to the game you want to see: “It was the best goal in my life,” said Lozano, one of the most loved players in the Germany-Mexico match (according to our sentiment analysis). He was responsible for making Mexico’s dream a reality at the Luzhniki Stadium.

In fact, Lozano’s goal caused the first peak in conversations on social, as Mexicans and Spanish speakers shared happy tweets and posts with the hopeful hashtag: #Nadanosdetiene (#NothingCanStopUs). Eventually it was the most popular hashtag of the game.

The most used emoji was the German flag for Germany-related mentions, and the football emoji for Mexican-related ones. Don’t mind the way you support your team, the important thing is this: shout from the rooftops about how magical your squad is. And there is no better place than social media to do it. It was a dicey first game for England as they just scraped a win with a 91st minute goal, Harry Kane’s second of the night.

With #ItsComingHome trending, England fans are already getting their hopes up, while there was plenty of anger around some rugby-eqsue tackles on Kane the ref seemed to miss.

Ultimately, Tunisia’s Sassi, with his penalty goal, was Twitter’s favorite player, while England’s Trippier took Twitter’s MOTM thanks to a solid performance.

England fans will be happy with the three points, but they’ll also be expecting a better performance against Panama. 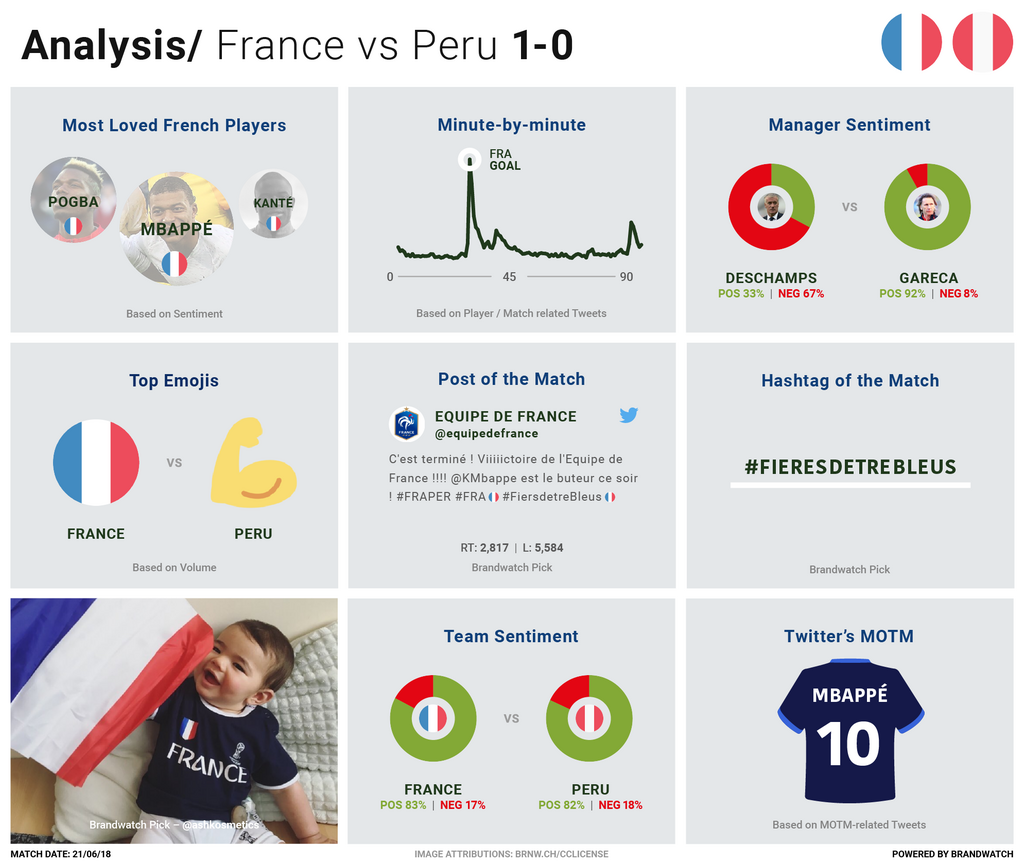 With #FieresdetreBleus trending, French fans were more than proud and happy with another victory under their belt. A huge peak of mentions at 34″ for Mbappé’s goal made it the most talked about moment of the match.

Despite the comeback of the classical tactics 4-2-3-1 with Matuidi, the French coach Didier Deschamps was not really loved by French supporters on social media, indeed we saw a high level of negative mentions around him.

Despite the win, French fans are still expecting a much more solid performance from the French national team. Allez es Bleus! 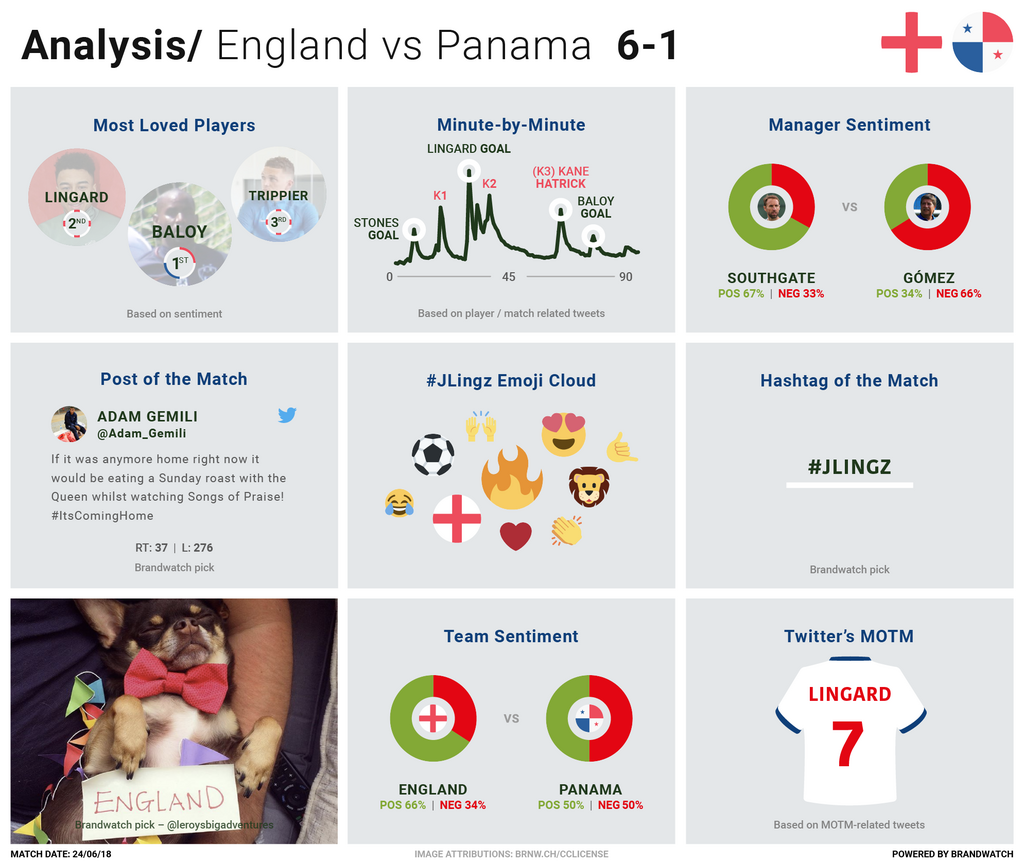 Six. One. Six one. Six goals for England. One for Panama.

Those first 45 minutes were left everything England fan entirely ecstatic and deeply confused. We were winning comfortable at a major tournament! We were scoring penalties! IT’S COMING HOME!

While the second 45 minutes weren’t as exciting, with Panama scoring their first ever World Cup goal, it’s a game we won’t forget for a very long time.

Baloy, Panama’s goalscorer, got the most positive response on Twitter, while Lingard, after his R1 fineese shot, got MOTM.

This infographic uses the following images: 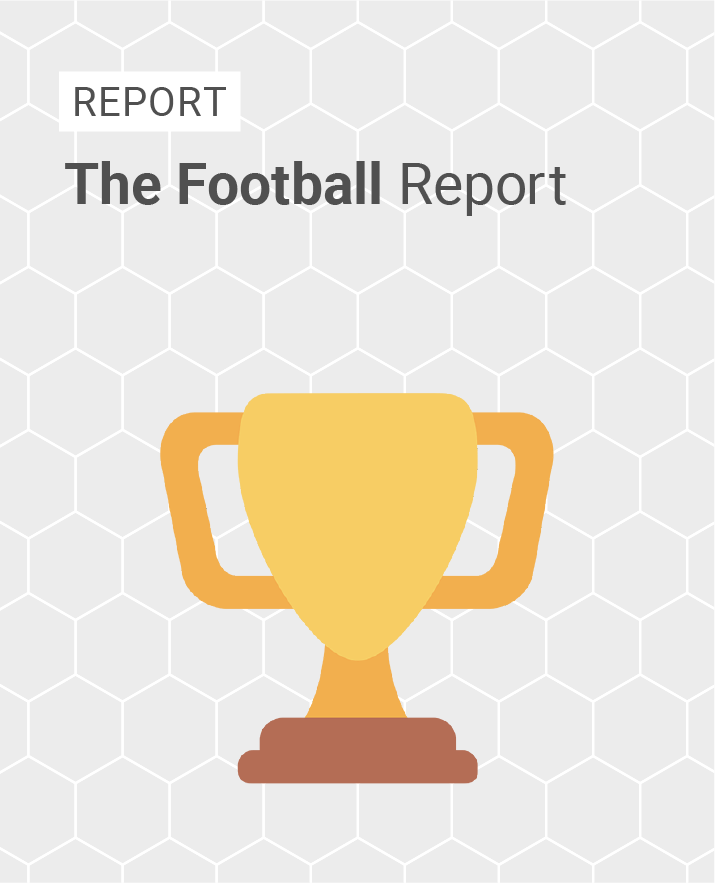