The Four Rs You Need to be a Modern Marketer

Yesterday I attended and spoke at the iMedia Digital Summit in swanky Picadilly, in London. It was, by most measures, an excellent event.

There was one particular theme I noticed running through the day, and in my opinion it’s something worth exploring.

It’s also a theme I’ve managed to shoehorn into four things beginning with the letter R.

On the day, Eric St. Gemme from WYWY spoke about how Hyundai cleverly integrated a digital aspect to a traditional marketing campaign. And when I say that, I’m not talking about wishy-washy ‘end-to-end full-service integrated digital initiatives’ or just creating a hashtag to go with a TV ad.

No, this case study showcased how Hyundai actually changed their website for a full five minutes whenever one of their TV commercials aired.

Betting on the second screen phenomenon, they built a new landing page specifically engineered to relate to the model advertised on screen at the time, complete with CTAs inviting readers to book a test drive, download a brochure or locate a dealership. 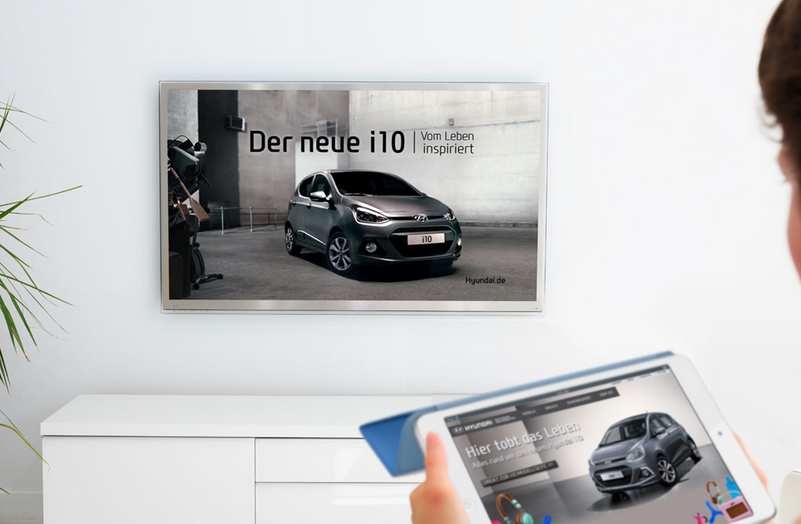 The brand decided to run the exact same advert multiple times, sometimes with this modified version of the website around airtime and sometimes with just the regular website. This way, they could compare the impact of changing the site to doing nothing at all.

The results were as compelling as you might imagine.

Conversion rates (brochure download, test drive booked etc) went from 0.7% of visitors to the regular site, to a whopping 3.3% on the specially crafted site. This represented an increase of 480%.

By fundamentally changing the presence/presentation of a brand to coincide with timely TV messaging, Hyundai were also able to half the bounce rate of site visitors (30% to 15%) entering the site during that window.

This notion for brands to be super agile and ultra relevant across mediums and on a minute-by-minute basis was prevalent across many of the talks at iMedia.

This included Civolution and Xaxis talking about preparing paid social media promotion in advance of other marketing initiatives, such as contextual promoted Facebook posts to coincide with TV ads – ‘programmatic marketing’.

This is a similar approach to Hyundai, which likewise had remarkably successful results.

This technique of only promoting relevant materials at particular key moments boosted engagement rates in a big way when compared to regular promoted posts.

Innovative brands could even target competitors’ marketing activity, such as TV ads, and adapt their own real-time ‘relevancy’ strategies in the same way.

We have clients that run a particular TV ad, listen to the reaction to it online and by the time of the following advert break they have switched it to an alternative that will resonate better with audiences, based on the social media conversation data they’ve been analysing.

In a similar vein late last year, Expedia Canada launched a perfectly pleasant commercial that featured a violin, which while enjoyable at first, soon became utterly irritating to viewers after multiple plays.

It didn’t take long for consumers to take to Twitter and elsewhere to voice their reaction to the video. A couple of weeks after the advert first aired, over half of online conversation about it was negative. 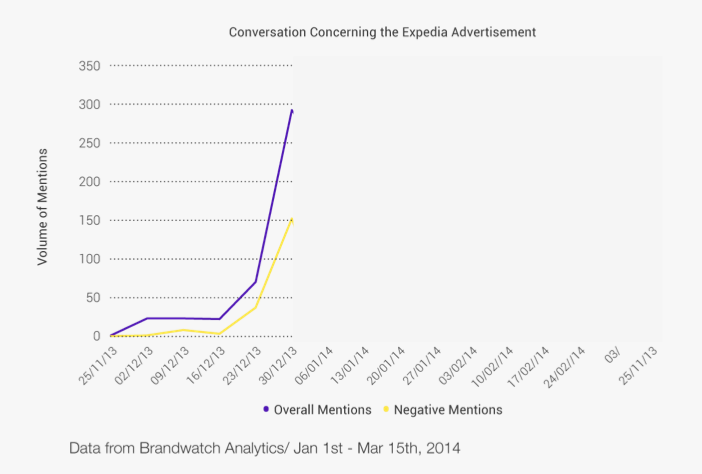 Luckily though, Expedia were listening.

Rather rapidly, the brand shot another edition of the video, this time throwing the offending violin away, which was then aired on TV.

Expedia also went one step further and made a special YouTube-only video featuring the instrument being destroyed, which they then sent to every single person online that complained about the original advert.

By showing customers that the brand was listening to what they thought about their marketing, and by swiftly and effectively reacting to that feedback, Expedia are demonstrating how powerful an agile marketing strategy can be. 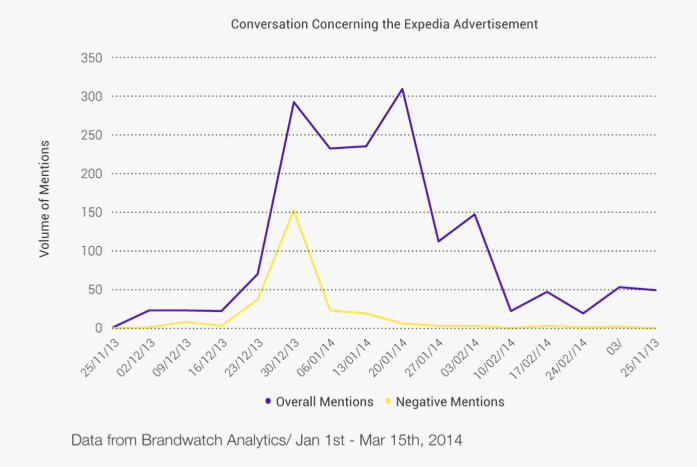 The chart above shows how they were able to almost entirely limit negativity, yet sustain significant hype, buzz and conversation about their brand.

What do these examples and this type of thinking mean to you as a reader?

Well, it’s indicative of an emerging trend. Any old brand can ‘be human’, ‘use hashtags’, engage in a ‘two way conversation’ and all the other trends spouted at marketing events in 2010.

Being innovative and different is hard.

If you’re looking for the next level in brand marketing, it’s the four Rs that are your new friends: reactive, responsive, relevant and real-time.

Please do let me know if you have anything to add to this discussion, and please do download our report into social marketing for travel brands if you’ve found this post engaging.