Funky Friday: Letting It All Hang Out With ‘20% Time’

Back in 1974, when people were still frustrated by the inability to easily stick paper notes to screens, fridges and cupboard doors, a wonderfully-named scientist, Art Fry, had a thought.

He envisioned the perfect bookmark, one that would stay in place in his church hymnal. He thought this could be achieved by adding a strip of adhesive to paper. And thus, the Post-It Note was born.

Fry actually created this product during his ‘15% time’ whilst working at technology company 3M. 15% time is a scheme that allows employees 15% of their working week to develop their own projects and ideas, aside from their regular workload. 3M launched their 15% programme in 1948 and it continues to this day. 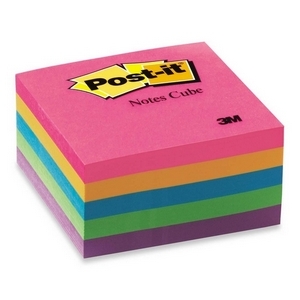 3M were clearly ahead of their time; many technology companies have followed suit and now offer similar schemes. In the fast-moving world of technology, it is important for companies to keep up, and they can do so by encouraging innovation.

Allowing developers the freedom to try out their own ideas and to pursue projects that may otherwise have been abandoned ensures that the company stays open to progress and creativity.

It has certainly worked for companies such as Google, who famously give their staff (along with a whole range of other benefits) 20% of ‘free’ time, which has reportedly led to the development of some of their biggest offerings, including Gmail, Adsense and Google News.

Any user of Gmail will also know about the Labs feature, which allows users to choose to enable certain features that are in development but not ‘official’ Google products.

Software development company Atlassian also offers 20% time, along with ‘ShipIt days’ (originally called FedEx days) every quarter, which allow workers to work on their own stuff from midday Thursday until 4pm Friday, with dinner offered for those working late. 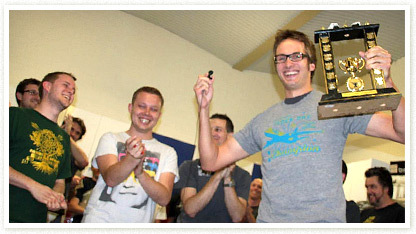 They then must present their work to other members of the company and a ‘winner’ is announced. The prize? Bragging rights and the respect of your colleagues (and possibly a trophy!).

But some companies might, understandably, struggle to find the time to allow workers 20% of free time and, even when offered it, some staff might find it difficult or be reluctant to move away from their regular projects, as documented by Atlassian in a series of blog posts  about their ‘20% time experiment’.

Some companies get round this by holding organised ‘hack weeks’ during the year instead, rather than a regular free time allowance.

At Brandwatch, we understand and respect the importance of innovation and of allowing our brilliant people to flex their creative/coding muscles.

We spend a lot of time ensuring we hire the very best brains, so it would be silly of us to not let their imaginations and skills run wild.

This is why we run our very own version of 20% time, which we name ‘Funky Friday’. Funky Friday gives our dev teams the freedom, every fortnight, to spend the day on Friday working on projects of their own.

The only stipulation is that they must somehow be relevant to our tool. Those who feel they have created something worth sharing will then present their idea to the rest of the team at the end of the day.

Sure, not every project worked on is successful, or is developed further, but this is a key part of any ‘free time’ scheme: failure must not be feared.

Any great invention is preceded by failed attempts, and it does not mean that the time has been wasted.

The great thing about Funky Friday is that it benefits all involved. The developers get some time and freedom to develop their own ideas, and the company may get some great new features out of it. Happy faces all round.

Anyway, don’t just take it from us. Here’s some words from a couple of our brilliant developers themselves:

“‘20% days’ like these allow us to explore avenues we normally wouldn’t go down, or rapidly prototype an idea that would normally take weeks of planning and documentation.

At the end of the day we all get together and present what we’ve built that day. There’s normally a wide range of things to show; in the last few months I’ve presented:

And on my very first Funky Friday, as I didn’t know anything about our systems at that point, I made a 3D kitten gallery (with a surprise goat).”

“Normally, we have a schedule related to development tasks that we cannot skip, so there is not time for new technologies or to play with them.

I think Funky Friday is great, as it lets us explore other fields, learn new technologies and adapt them to the current Brandwatch application. If this step is successful, we pass it to production.

Some projects I have worked on during Funky Friday, which ultimately went live, are:

Sound good? Well, Brandwatch are always looking to expand our team of bold and brilliant people.

We’ll be looking to fill over 50 roles over the next year, so take a look at our vacancies  and start your journey to becoming part of the Brandwatch family.