Getting Personal on Twitter: From Cat GIFs to Weird Tweets

Brands on Twitter. We are so passionate on this subject that we released a report on it!

No, they want to connect with potential customers and build on brand loyalty.

Twitter users are eclectic in the brands that they follow online, following a broad range of different sectors.

55% of UK Twitter users say they follow a brand because they like them. But, it’s not enough to be simply liked, it is essential that the brand becomes a recurrent joy on a user’s timeline.

As a tweeter you don’t want to be bombarded by promotional materials from the brands you have chosen to follow. Instead, you expect a brand to provide you with hilarious musings and an insight into their world.

I just happen to be one of Brandwatch’s very own Twitter chieftains and I have some top tips for brands looking to create their own presence on the social network.

It’s All About the Personality, Darlin’

Having your own voice on Twitter helps your brand to connect to an audience.

Nobody wants to see tweets that are stuffy and irrelevant. They want to be able to relate on a human level to a brand.

This can be communicated in the tone of voice that companies use in their tweets. Using abbreviations, slang, puns and colloquial language will put your followers at ease and assist in interactions.

Take Delta’s hilariously funny take on the song baby got back. Amazing. 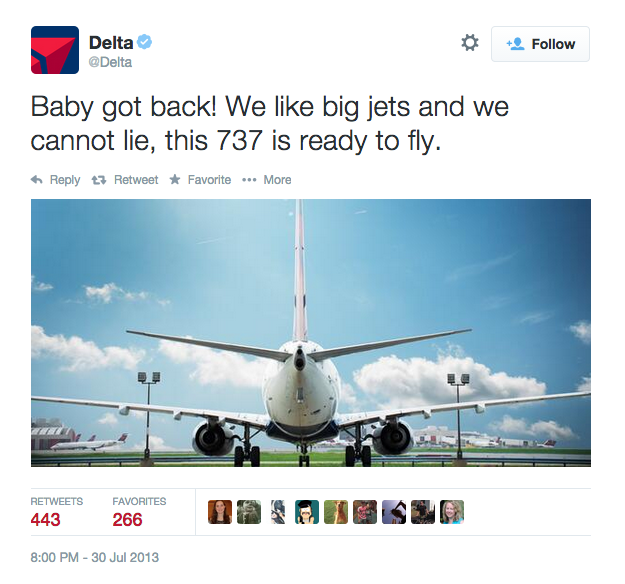 Bring your own personality to the forefront in the running of your Twitter account and you will start to see the benefits.

It has been proven that tweets that use an image are twice as likely to be retweeted than those that don’t have a pic. This is important when considering tweets to promote launches of products or other services.

Equally as important is using images to entertain your audience. Thanks to the amazing overlords of the internet, GIFs have been invented to give community managers an endless source of giggles.

We certainly aren’t afraid to use GIFs in tweets to our followers – especially if it includes a fluffy animal of some kind. Reaction GIFs are perfect when responding to a comment in a humorous way, like this kitty #facepalming.

Another internet sensation is the meme. A meme is an image that carries a cultural idea that can be passed on to others in a mimicked theme.

When a meme becomes popular it can be easily identifiable and can be edited on social to reflect your own interests.

Take one of our most recent memes on the launch of a new user profile. It got across our message in a fun yet relatable way to our followers, who have undoubtedly heard of Grumpy Cat! 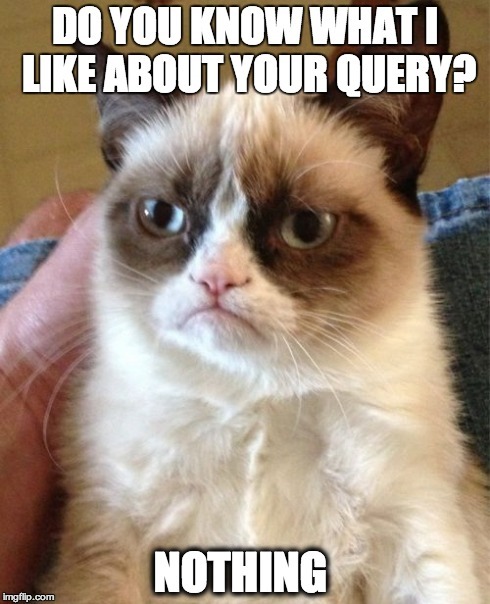 The phenomenon of Weird Twitter is hard to explain.

It is a whole other world of randomness that is simply strange. Some brands have gone on to embrace this craze in their own way. Old Spice is frequently highlighted as a brand that thrives off being random.

Looking through their Twitter feed you are confronted with a whole host of irrelevant tweets that have been RT’d in earnest.

Old Spice proves that you don’t have to be product focused to gain a following online – instead, it’s about being stimulating for the reader. 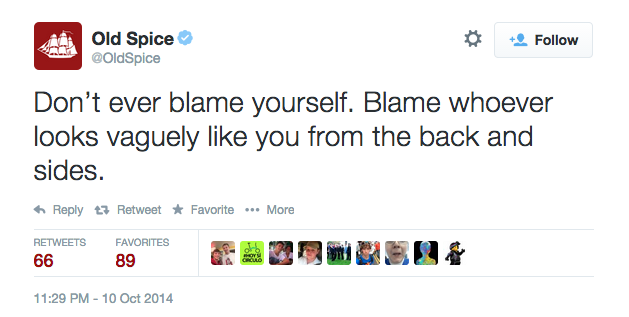 These tweets can be all fun and games, but it is also important to remember this isn’t your own, personal Twitter feed.

You can’t post everything you find amusing, and you have to act professionally in accordance with your own company guidelines. But Twitter is all about having fun … and cat GIFs of course.