Two-thirds of smartphone owners say they turn to their phones to learn more about something they saw in a TV commercial, according to a recent Google consumer survey.

Effective television advertisement and sponsorship can stimulate potential opportunities for brands to provide an engaging and effective experience for consumers, or more importantly, potential customers.

TV sponsorship has evolved dramatically over the past ten years, optimizing the impact, and results of these campaigns is essential to prove the ROI.

When pouring extensive budget into sponsoring UK based Channel 5’s highest-rated TV show, Gumtree wanted to make sure that they made the most of the opportunity.

Gumtree, part of the eBay group, is the UK’s leading classifieds website and one of the top 30 websites in the UK. Gumtree attracts over 15 million unique monthly visitors – nearly one in five adults online – and hosts over two million ads on the website at any one time. 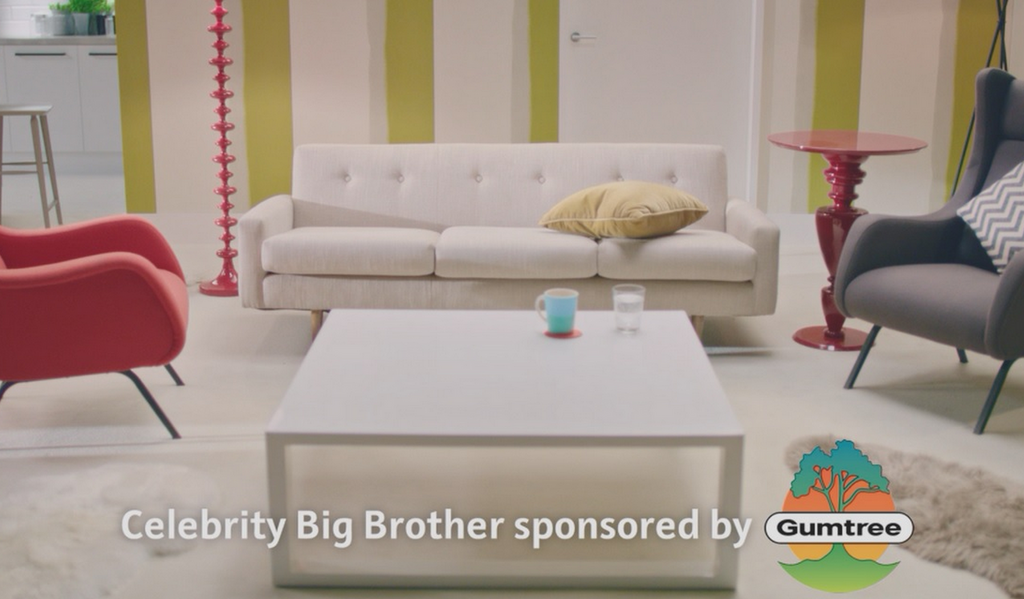 Gumtree wanted to use this opportunity to improve the perception of their brand, especially among the Millennials – some of the most vocal participants across multiple social platforms.

Get the insights: Download the full case study today

To engage with this key demographic, Gumtree assumed the role of a ‘super-fan’ of the show – a role they took incredibly seriously, tailoring their website and blog content to highlight their sponsorship of, and enthusiasm toward, Celebrity Big Brother.

myclever™ Agency is a social media agency that works with global brands such as Nikon, Red Bull, Gumtree and Bench, to develop social media strategies that connect brands to their customers.

Using Brandwatch Analytics, myclever™ Agency set up granular Queries, and the data collected from these Queries enabled Gumtree to understand, using sentiment analysis, which housemates from the show were most liked.

A combination of live-tweeting during the television show and real time monitoring provided by Brandwatch Analytics, gave Gumtree the foresight to know what Celebrity Big Brother’s active audience was really talking about at all times.

“Undoubtedly their biggest achievement was watching every minute of the show, and live-tweeting along with thousands of superfans, delivering over 32 million impressions and gaining massive reach for our brand association.”

The minute-by-minute feature within Brandwatch Analytics provided analysis on buzz around the show on a moment-by-moment basis.

These insights could be pinpointed to the exact moment, down to the minute, highlighting exactly what caused the peaks in conversation, topic and sentiment changes, and surfacing new audiences for Gumtree to engage with.

These new audiences included influential bloggers and high-profile publications, giving Gumtree an even wider audience to push their content out to.

The campaign saw high profile coverage from national newspapers such as the Daily Mirror and Daily Express, Style etc. magazine and highly qualified blogs such as Big Blagger. 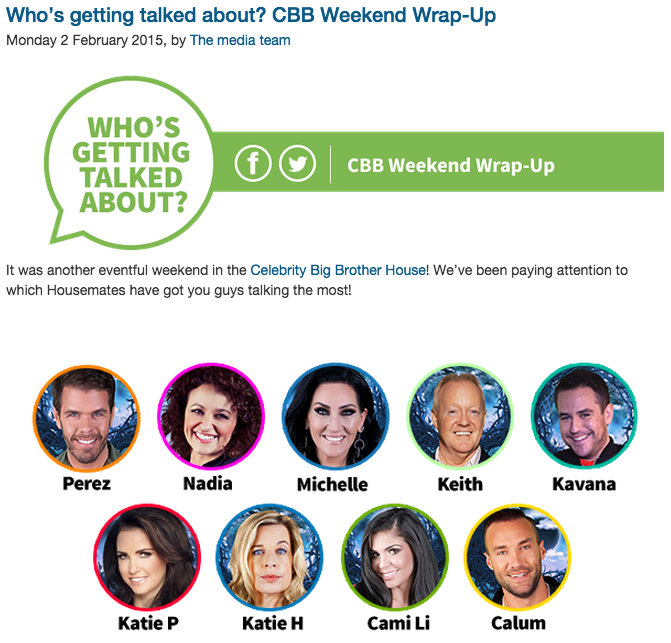 The reports unveiled some tremendous results from Gumtree’s campaign, such as 32+ million organic brand impressions from 3,000+ tweets.

Gumtree is proud to offer the proceeds from the #CBB sale to @crisis_uk and support the work the charity does – http://t.co/F9IgBE1inC …

ThinkBox, the marketing body for commercial TV in the UK, states that the average person watched 650 hours of television in the first half of 2015 – the equivalent of watching every season of Breaking Bad, Orange is the New Black and House of Cards more than five times over.

TV is still clearly a popular medium, and there is real value in brands sponsoring and associating themselves with popular shows.

Using social intelligence platforms like Brandwatch Analytics can help brands uncover and understand the impact and ROI of their campaigns.