Holiday Shopping Habits: Studying the Differences Between Moms and Dads

With holiday shopping season in full swing, our expert researchers decided to use Twitter data to look into the differing habits between moms and dads.

It was unsurprising to me in conducting the research for this post to see that historically most of the social discussion around holidays is among women, and moms in particular.

Many of the moms I know manage the planning, shopping, cooking and gift wrapping associated with the holidays.

Marketing messages this time of year are often geared toward women and men/Dads have been underrepresented.

Early analysis of holiday discussion trends in late October and early November, however, shows that Dads are getting involved earlier and participating in more of the planning and shopping. 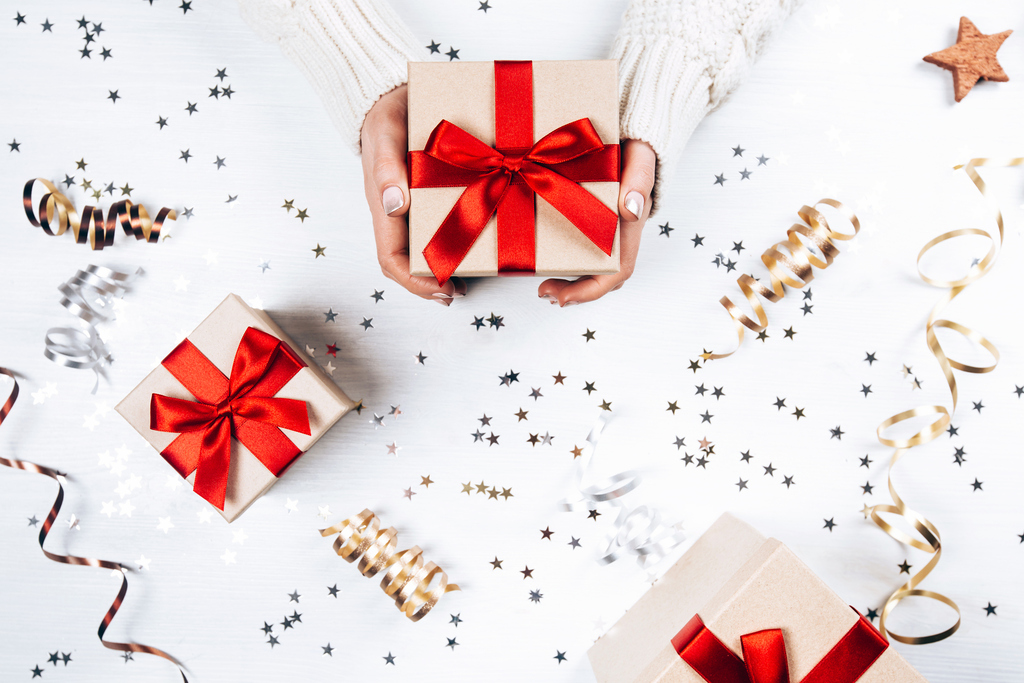 Here are some of the key behaviors we noticed during our research, with some big differences and surprising similarities between Moms and Dads. 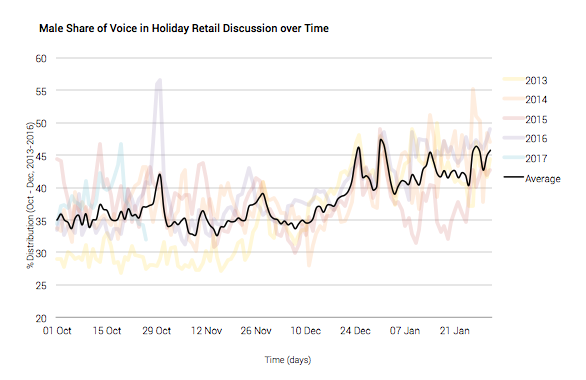 First, male authors have joined the holiday conversation earlier this year than those we analyzed (2013-2017).

In a typical year, male authors have tended to less vocal around holiday shopping until December, after Thanksgiving and Black Friday have come and gone.

This year male authors have been driving conversation, with share of voice 9% higher in October than we saw last year. Moms do still lead the conversation, but Dad’s voices are emerging sooner and stronger.

Secondly, Dads were mostly positive about the holidays, with some sharing that they “can’t wait” for the season, to see their distant families and buy presents for their kids . 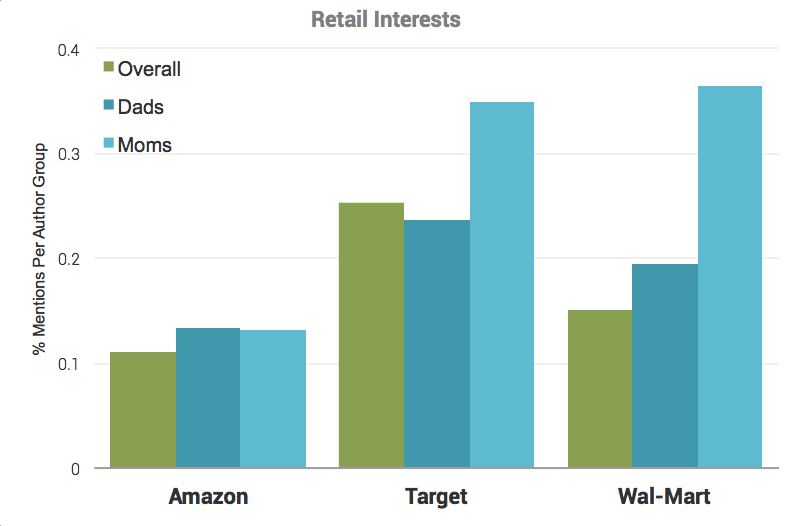 Compared with Moms and overall Twitter conversation, Dads were most likely to express frustration with 2017 in general or about  their kids “going crazy” with their Christmas lists.

Despite this, Dads were less likely than Moms to discuss saving and budgeting, with Moms also showing more of a tendency toward planning.

Now that they’re getting involved in the holiday conversation earlier this season, they might be receptive to some polite prodding to plan, especially from their favorite stores (above).

Although it’s early in the season, we can see some key differentiators about product interests between Moms and Dads. Dads are more likely to be interested in gadgets and games, while Moms are into clothes, home goods, and toys for the kids. 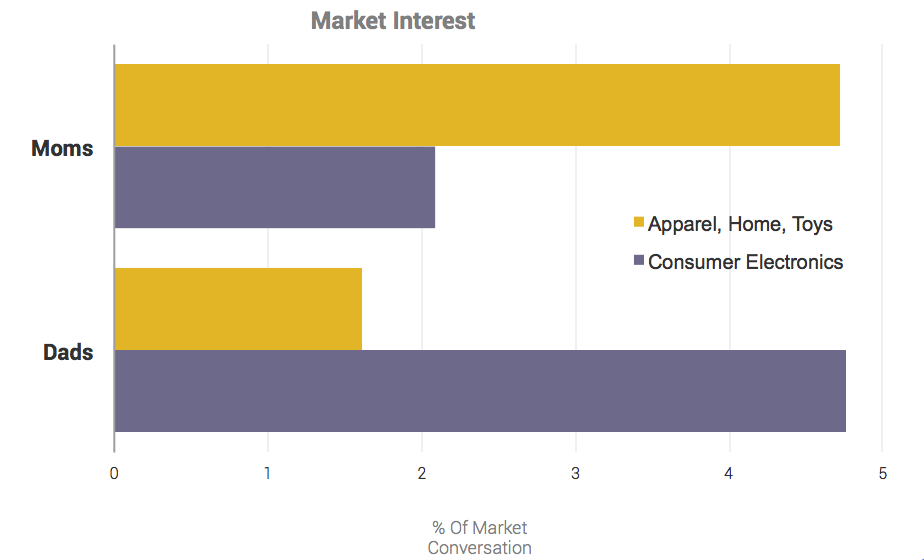 Dads are excited about Call of Duty’s new WWII release. Dads were excited to get back to Call of Duty after years of being away from the game. This lack of recent experience also made many seek out recommendations on which console to get ahead of the holiday season.

Some Dads claimed  their pending PS4 purchase will be “a gift for the kids” as much as “it is for me.”

A focus on togetherness around these consoles and games could be a great way to spend some family time this holiday season.