Hologram Technology: How Consumers See It

Holograms aren’t new technology; in fact they’ve been around for a long time now, but they still seem to have the power to fascinate, surprise and disturb people.

Tech-savvy politicians have been quick to hop onto the hologram bandwagon, using the technology to project images of themselves delivering speeches in front of astonished audiences, demonstrated recently by New Zealand prime minister Jacinda Ardern. She wasn’t the first; Indian president Narendra Modi and Turkish leader Recep Tayyip Erdogan have also carried out similar stunts.

Another popular use for holograms is to enable deceased pop stars to deliver posthumous performances, as famously shown via concerts from Michael Jackson and Prince. In Japan, they went a step further and created an entirely virtual pop star, Hatsune Miku, who has often performed on stage as an animated projection.

Holograms are at their most visible when used for high-profile entertainment purposes. But the technology is also being leveraged in a whole host of other ways, for everything from military terrain mapping to producing 3D images for use in training student surgeons.

The global digital hologram market is set to reach US$5.5 billion in 2020. Although the US dominates at present, the Asia-Pacific region is anticipated to be the fastest growing area in the future, with China driving much of this growth.

China has even introduced a highly lifelike hologram TV news presenter, which is almost indistinguishable from the human variety. The AI-driven presenter attracted mixed reactions from audiences, with some describing it as ‘creepy’ while others praised the clever use of AI and hologram technology.

Clearly, digital hologram technology is a key area of interest in consumer electronics. But it can also be controversial, attracting mixed reactions from consumers. With that in mind, marketers should arm themselves with a well-rounded picture of what Asia-Pacific audiences are saying about hologram technology.

For starters, the APAC consumer discussion about holograms has ballooned over the last two years, as shown below. 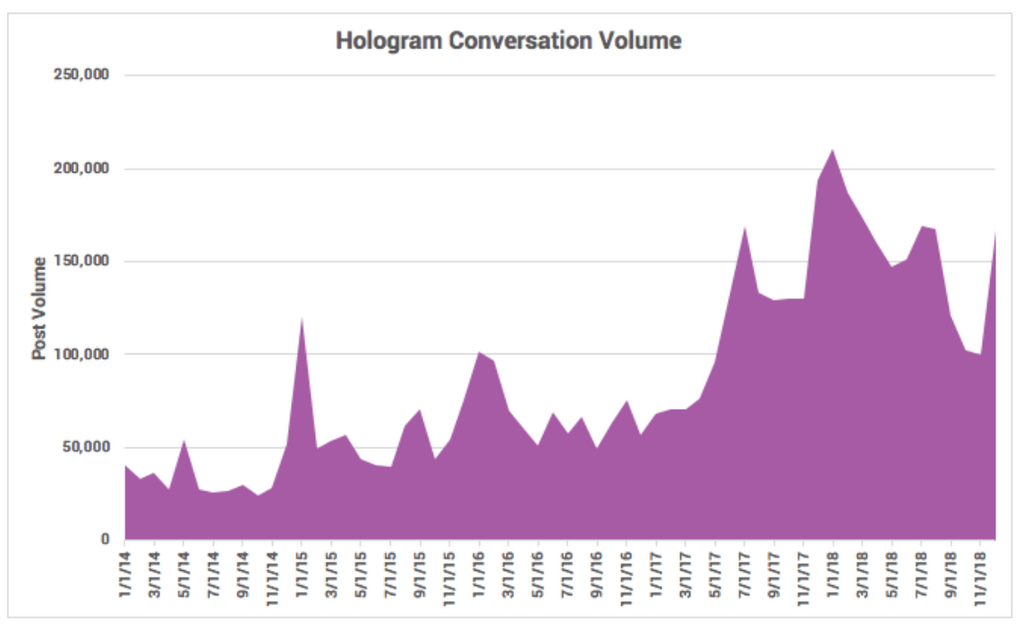 Much of this discussion is driven by the recent use of holograms in posthumous concerts by major artists such as Prince. Seeing a much-loved star regenerated tends to generate strong opinions among audiences, from joy and excitement to disgust and even fear. 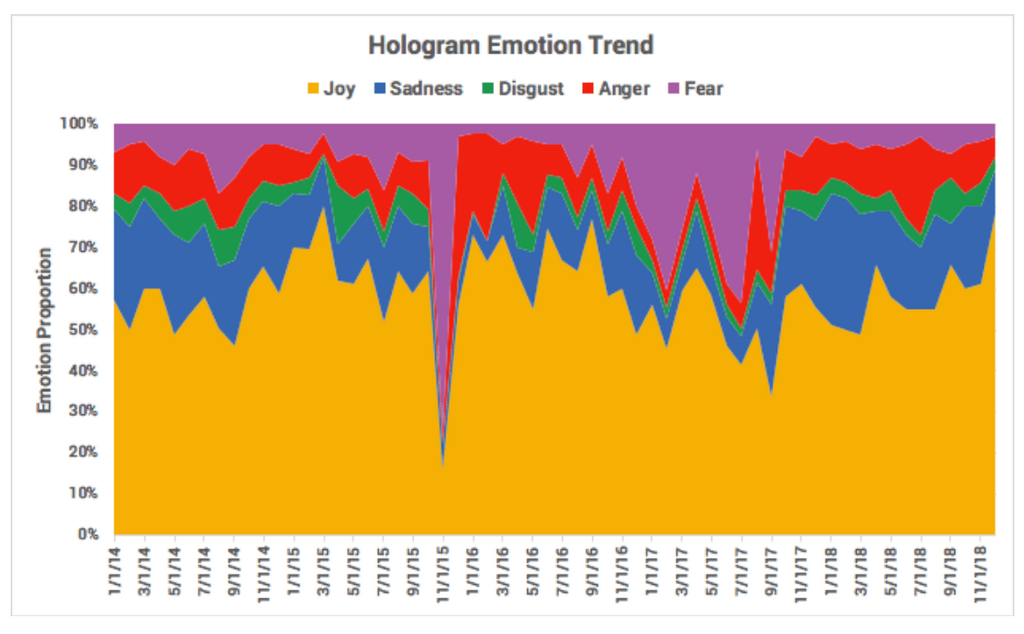 Tracking emotions in the discussion shows some interesting patterns. Joy is commonly associated with much of the discussion, but spikes of negative emotions can be seen too, particularly related to the Prince hologram appearing at the 2018 Super Bowl, alongside Lady Gaga and Justin Timberlake. Examples of tweets from users reveal the depth of feeling about this performance, both negative and positive, as seen below. 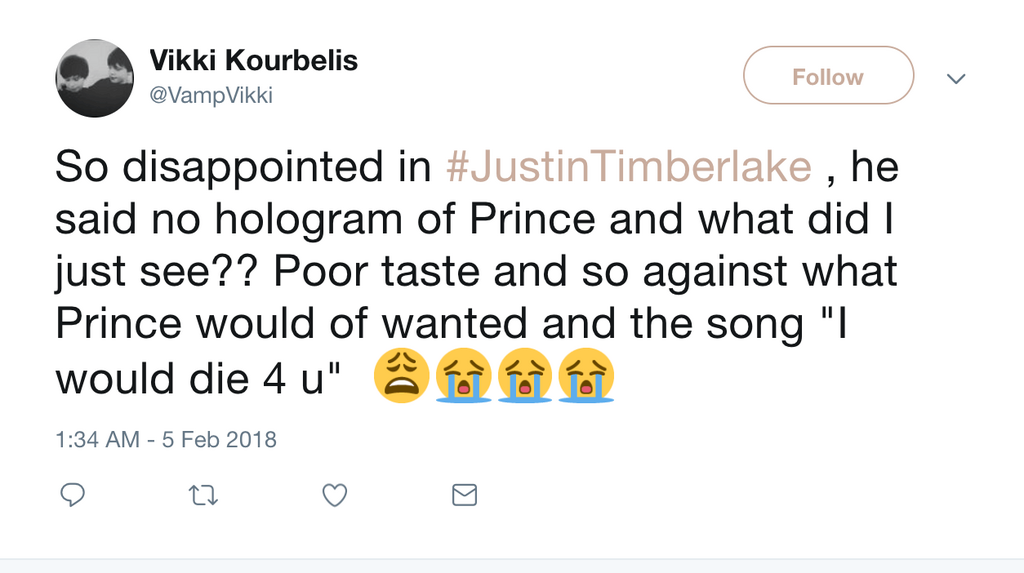 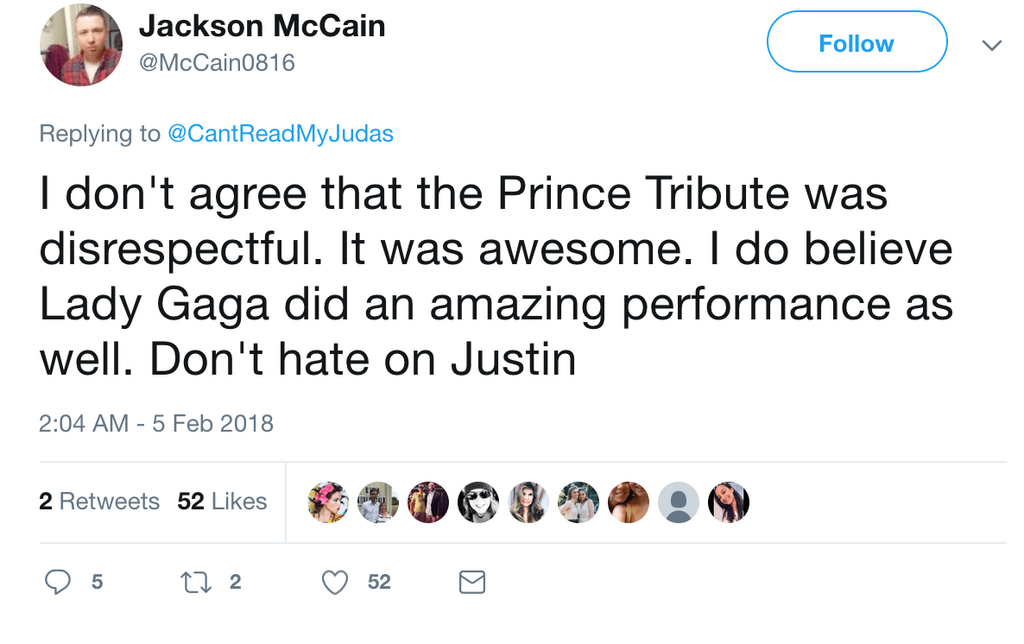 Asia-Pacific is a large region consisting of a range of diverse nations, so consumer trends are likely to vary significantly. In terms of hologram interest by country, South Korea leads the way with the most hologram-related posts per capita, producing almost double the amount of its closest rival Japan. In fact, geographic interest in holograms doesn’t show much correlation at all with GDP levels, as Singapore and Australia, leaders in terms of regional GDP, display unremarkable levels of hologram-related discussion. 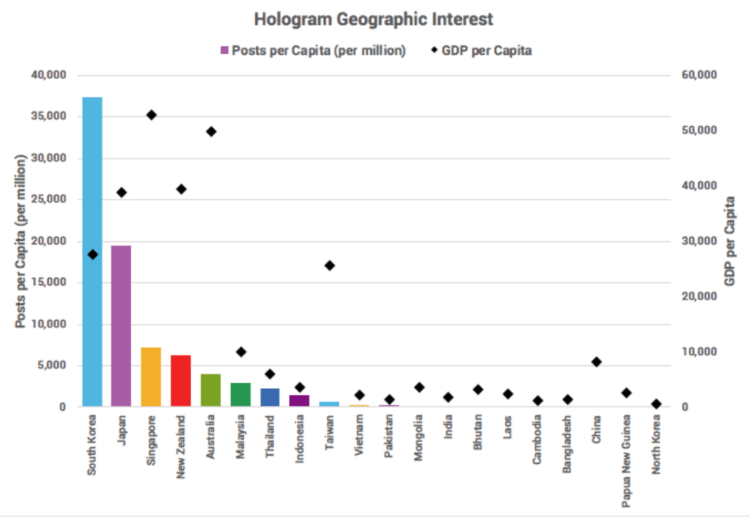 As we have seen, hologram technology extends far beyond its common usage in pop concerts and other forms of entertainment. It has a wide range of diverse applications and is being used to actively improve many areas of industry. But holograms as part of entertainment are far more visible and therefore they attract the lion’s share of online discussion.

As hologram technology becomes more sophisticated and commonplace in many contexts, it’s important for brands to keep an eye on consumer response trends. At present, we have seen discussion related to holograms tending to be fairly mixed and largely emotion-driven, especially compared to other technologies that we’ve analysed. Clearly holograms are likely to remain a divisive topic for some time, but generally only insofar as they relate to the world of entertainment.

Want to learn more about the consumer electronics trends in the APAC region? Read our report Consumer Technology in the Asia-Pacific Market!