How One Brand has Changed the Social Marketing Game Forever

Anyone involved in the digital world has undoubtedly seen or heard of the Oreo tweet that was sent out during the blackout bowl on Feb. 3, but has everyone truly appreciated the real effect that it’s about to have?

Just in case you missed it, here is the tweet that has garnered over 16,000 retweets and 6,000 favorites: 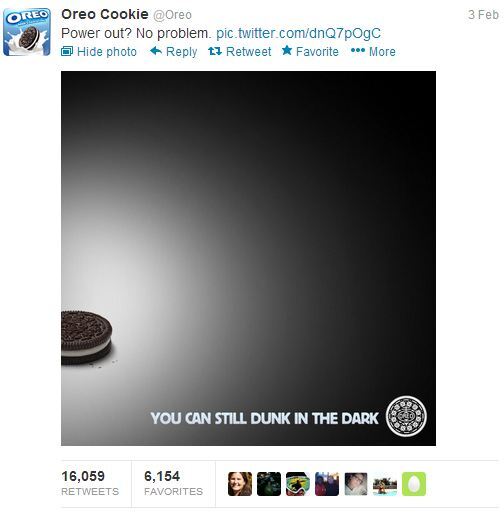 Despite its tremendous reach, this tweet can have a far bigger impact on the marketing world than simply on consumers.

As soon as the lights went out in New Orleans during the biggest ‘sporting’ event of the year, the Oreo and 360i social media teams were more than prepared to jump on the opportunity.

Before the game even began, Sarah Hofstetter and the 360i team assembled an on-call team in their New York offices with representatives from Oreo present as well, so that any idea that sparked could be posted as soon as possible. Man, did it count.

Bear in mind, the Super Bowl is played on a Sunday night; non-business hours for many. 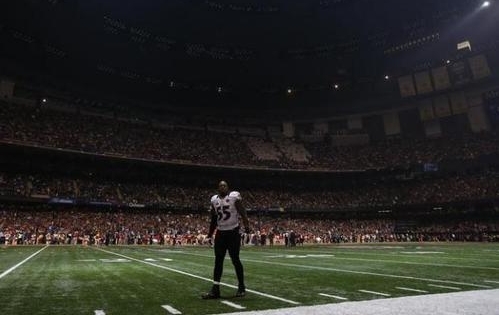 However, in the 24/7 ON cycle of social media, real-time reporting is where the industry is going.

None of us like to admit it, but we all schedule tweets, Facebook posts or LinkedIn messages for the weekend. After all, it is the weekend, so who wants to work? Especially when there’s football to be watched.

But after Oreo’s and 360i’s genius play during the Super Bowl, more and more social media directors, coordinators, and heads will find themselves on the social media frontlines at ever-more irregular times.

The money spent on those extra hours won’t compare to the opportunities brands can capture in real time. Eventually, this mindset may even replace the expensive Super Bowl ads themselves.

Brandwatch researched last year’s return on ad spend for the Superbowl in this dataviz – I think Oreo trumped every single one of these advertisers.

Even before the big game, many big-name brands were quoted saying they chose to forego the standard Super Bowl ad and just concentrate on digital before, during and after the game.

If you were well prepared and creative like Oreo, I bet that investment paid off.

The immediate response to the Oreo tweet may or may not have a resounding effect on the public audience, but either way, the power and precedence it will have on our industry as a whole is about to take shape.