Internet Memes & Phenomena: The Opportunity for Brands, Publishers and Organisations

The word ‘meme’ has been widely misused over the past couple of years, specifically internet memes, as the term has filtered into the mainstream.

Its semantic understanding has shifted from obscure phrases and shared, contrived cultural references on sites like 4chan and 9GAG to the more widely recognised advice animals and other infinitely evolving image macros of today.

Though many will associate memes with the latter, it actually should refer as something closer to the former.

If you’re a plugged-in type of person, you’ll be aware of the latest ‘viral’ ‘meme’ to be captivating the minds of millions at the moment: Twitch plays Pokémon. 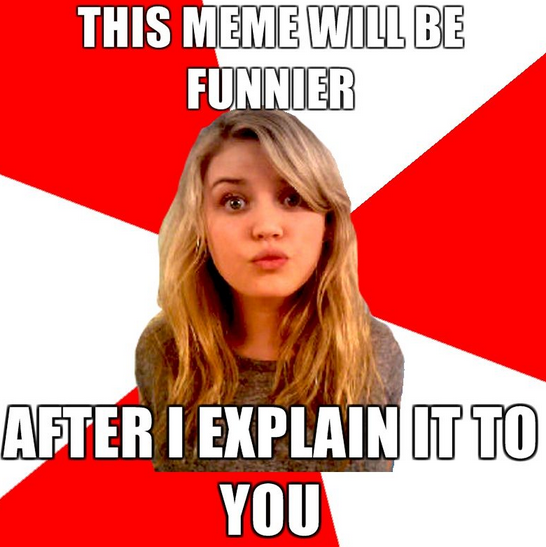 In case you have no idea what that means and are about to click away, here’s some context.

The two came together almost a week ago, when a Twitch user devised a way to use the comments side panel on Twitch to power the control inputs of a digitally-administered playthrough of the 1996 Game Boy classic, Pokémon Red.

As all internet stories of this kind soon turn to, the stream was swamped by thousands within hours.

Last night I witnessed over 90,000 people attempting to play the game simultaneously. To see what tens of thousands of people trying to play a game all at the same time looks like, watch live video from TwitchPlaysPokemon on www.twitch.tv – which is sometimes overloaded, so expect ‘riot’ ‘anarchy’ and ‘democracy’ instead of ‘a’, ‘left’ and ‘start’ at certain times.

The sporadic, not-quite-random behaviour of the central character is entirely at the whim of the mob.

This haphazard concoction of ingredients has meant that the game has played out in manic, chaotic and often hilarious ways, including the tragic accidental release of two of the crew’s most favoured Pokémon – lovingly named Abby and Jay Leno, or more accurately ABBBBBBK ( and JLVWNNOOOO – and the constant assessment of a currently useless item known as the Helix Fossil.

The progress so far, which has taken hundreds of hours longer than it would have done with a solo player, has been humorous and dramatic in equal measure, and has more recently spawned a fiercely-contested, ongoing philosophical debate on the merits of an anarchic or democratic way of operating the input. 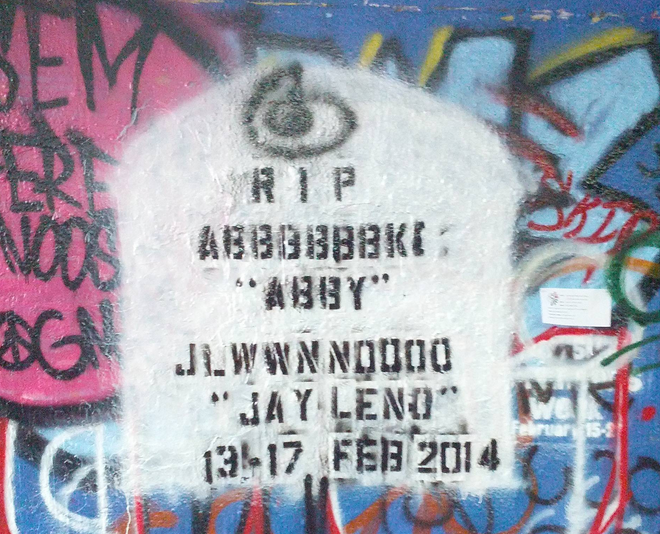 With no clear way to document the process or communicate among themselves, players have created ad hoc, real-time communities around the phenomenon.

And this is where it gets interesting.

Finding and Tracking the Phenomenon

From Reddit to Google Drive, people have been sharing their experiences and developing shared meta-narratives around the game, with literally hundreds of thousands of comments, fan-art, images, memes, tales, tactics and other information posted online, making an isolated gaming experience into something much more.

Communication among humans on this planet has changed fundamentally and permanently, in the biggest marked shift since the invention of writing.

Savvy brands must adapt to this change, and those with their finger on the pulse attempting to tap into the lifeblood of the story, and within a few days the likes of the BBC, Buzzfeed, Wired and others had also provided coverage of it, which itself manifested as a weird race to see which publication would spot and write about it first. 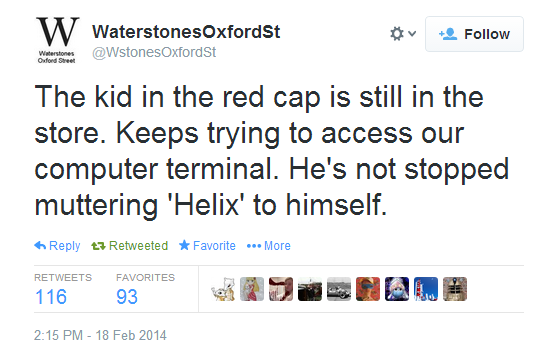 It’s probably worth noting that one of the first major publishers that reported on the story, IB Times, has enjoyed better-than-usual success for its article, indicating the advantage of prompt coverage.

How Can Organisations Adapt to This Change?

It’s been widely agreed that for brands to take full advantage of social media, they need to be agile, relevant and human.

Furthermore, publications seeking to establish and maintain a credible reputation for fast, accurate and pertinent news need to ensure they identify these stories from the moment they generate significant momentum.

This means brands and media outlets need a way of tracking stories, trends and topics in the reliable and instant manner that the pace of information sharing on the web demands. It’s a world where finding something even 6 hours after an event like this is far too late to take advantage of it.

So step forward social media monitoring tools like Brandwatch then, which track not just networks like Twitter and Facebook, but can also dive into more niche, specialised communities found on forums, Reddit and other semi-spontaneous micro-hubs, and provide valuable data in real-time. 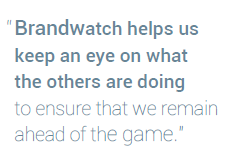 Like Sky News Arabia, British Red Cross or a variety of financial brands, what I’m encouraging here is for organisations to monitor beyond just their brand name and competitors, and beyond just the major sites and networks that dominate most monthly social media reports.

I think institutions in the media sector, or marketers seeking to establish their brands as breathtakingly relevant and plugged-in to the social media ecosystem, need to be engaging in this kind of topic tracking, and need to be supported by a robust technology package to enable them to do so.

I’d love to hear any brand examples you know of that relate to this story, or indeed if you have any comments on how social media monitoring’s capacity to facilitate such nimble marketing/reporting.