#InsideBrandwatch: A Sneak Peek at our Secret ‘20% Time’ Projects

As Brandwatch has grown – very quickly – over the past few years, it’s sometimes easy for teams to forget how intrinsically we are all linked and how each department feeds into another.

In the aim of ensuring we are all communicating as efficiently in real life, face-to-face, as we do on Slack (holler at me, #Brighton channel!) we try to get different teams together as often as our busy diaries will allow.

The Engineering – you may recognize them from their very own blog over at engineering.brandwatch.com – and Marketing teams recently spent a day collaborating on what we call ‘Funky Friday’ – and the outcomes have been pretty exciting.

Every two weeks, all of the Engineering staff have the opportunity to work on whatever they want for a day – the Brandwatch version of the ‘20% time’ made famous by Google, and championed by other like-minded tech companies.

At the end of the Funky Friday, everyone gets together and shows what they’ve built – the idea being that someone can hit on an interesting concept that could end up becoming a major product feature, like the way Demographics Insights was thought up, built and launched within six months.

Plus, pizza. Loads of pizza. 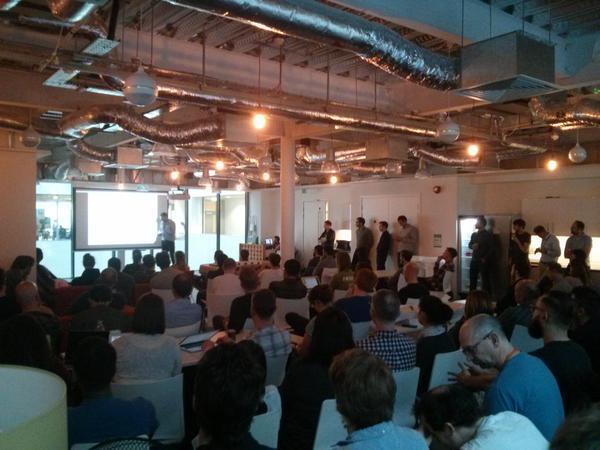 The most recent Funky Friday saw Marketing join forces with Engineering, with Marketing suggesting, what we as every day users of the app, would love to see as part of the Brandwatch offering – no idea too crazy or too ambitious, as those guys know their way around code.

The Engineers chose the ideas they thought they could make happen, teamed up with the marketer responsible and spent a day working on making the idea a reality.

Here’s a sneak peek at what they made.

This idea resulted in the development of a new component which displays a list of the most popular mentions online that include images.

The end result was a visual tool which fits in nicely with Brandwatch Analytics‘ primary focus of data analysis (as opposed to Vizia’s focus on data presentation). 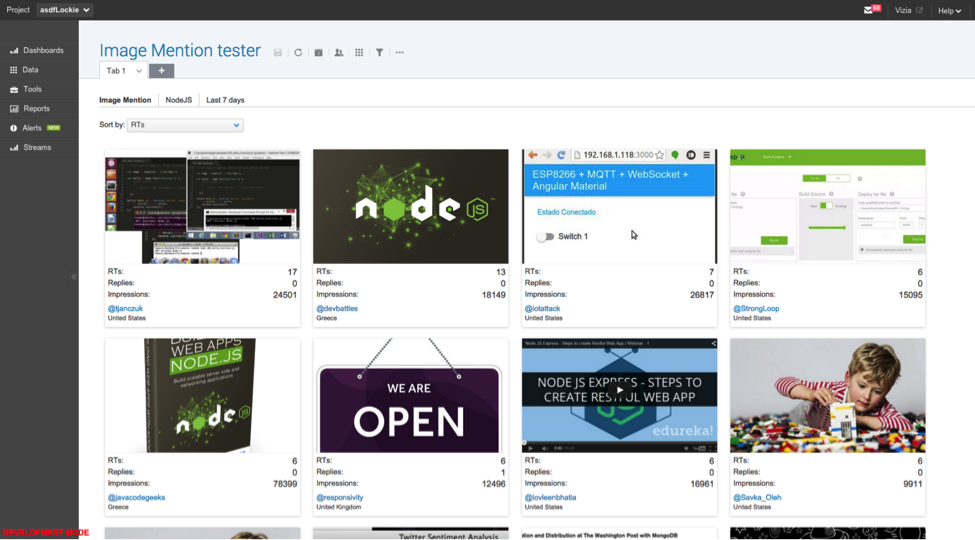 One of the team, Dr Xinglong Wang, also built a new endpoint to allow us to find the most popular images for a Query by reusing the Twitter Insights code, and Luis also continued work on his existing image treemap scene for Vizia, adding support for Instagram and scaling images by impact.

Emojis are fast replacing emoticons across social media, but we have yet to integrate them in to the app (outside of a limited use in Vizia).

The new emoji section makes use of a lot of the existing infrastructure for finding and displaying the top ten Twitter insights for example, hashtags, emoticons, etc. 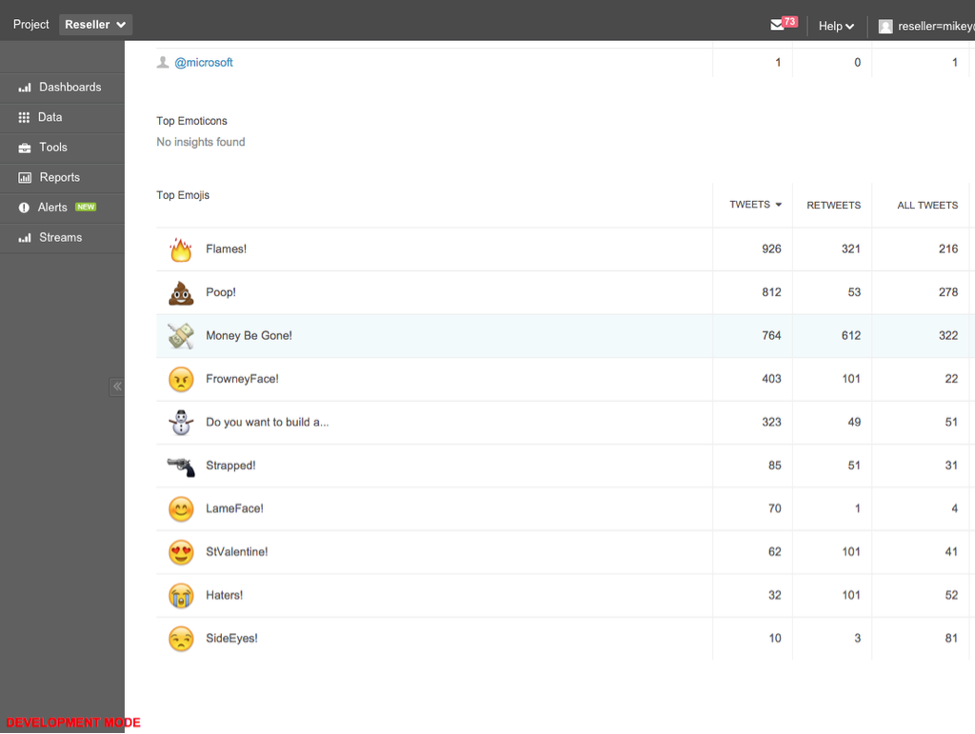 For the Funky Friday MVP the team limited the project to a set of the top ten most used emojis (using the awesome website www.emojitracker.com).

The outcome of the emoji project is that this team discovered that a lot of the infrastructure for supporting emojis – at least for Twitter – has already been done in the form of Twitter Insights, so hopefully there would be scope to build something like this in the coming months.

This team worked on adding review coverage to Brandwatch Analytics. The team worked through some design thinking exercises to collect the different views on what would be necessary to make this work. 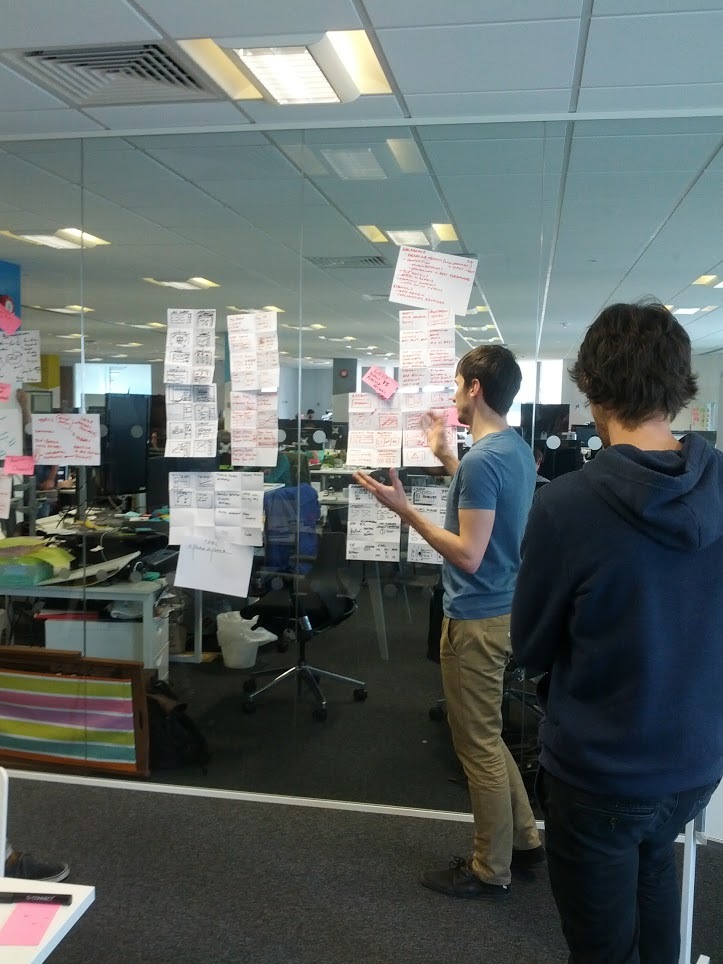 “Conceptually we have a list of use cases which helped define the necessary metrics and components to successfully integrate the reviews into Analytics.” says developer Ali Lockie, who hosted the Funky Friday presentations.

The potential here is huge for marketers – understanding what people are saying about your products online is crucial to businesses, and this idea would make a great addition to the Brandwatch Analytics offering.

This team built a service to pull in flight data into Brandwatch Analytics, so that airlines and other travel companies can see at a glance what people are saying about certain journeys, and respond accordingly.

The service reads live flight data, and following this a boolean Query is created for conversation around each flight.

Finally, the newly created Query is displayed as a column in the “live streams” view. From there, the user can see what people are saying about the flight, and they can engage in real-time. 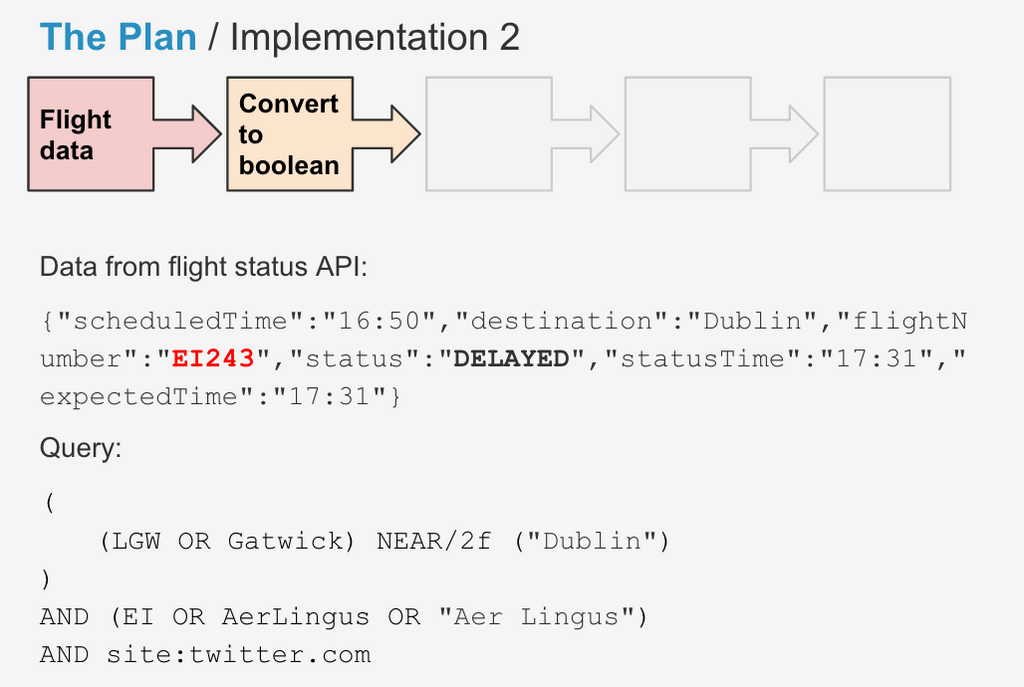 Picture the final product as a Vizia scene.

Each flight is represented as column in the scene, and the columns move from right to left, and columns are added as flights approach departure time whilst old flights are removed after they have landed. Each column contains the flight status information, and the conversation mentioning the flight.

Really useful stuff, and something we’d love to see in action.

Exercises like this prove just how valuable it is for teams to work cohesively and collaboratively – we’re definitely going to be doing another cross-team Funky Friday as soon as we can.

Also, keep an eye out for other blogs offering a sneak peek at what we’re building behind the scenes.

Does your company use ‘20% time’? What would you build if you had the time? Comment below or get us on Twitter at @Brandwatch.

Understand and Engage With Your Consumers At the Speed of Social

We’re Closing The Deal With Cision. Here’s What That Means