Read part two of our three part series with MIT's Dr Jerry Kane on how businesses are embracing social for transformative change.

This is part two in a three-part interview series with Jerry Kane, read part one here. Part three is coming soon.

We’ve been speaking with Dr. Jerry Kane, an Associate Professor of Information Systems at Boston College and one of the world’s foremost thinkers the topic of social business.

Academics are usually quick to get upset about misuse of terms like ‘disruptive’ and ‘social business’, but Kane is polite and forgiving of anyone trying to bring about change in business.

The main thing that frustrates him in fact, is the slow pace of change he’s seen in the industry in general.

“I’ve been studying social business since 2006. I’ve actually been surprised at how slowly enterprise has caught up.” 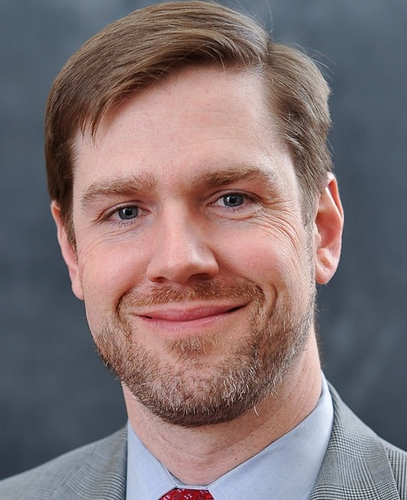 Enterprise can mean many things, and transforming the ways that businesses work can be difficult. Kane offers what he thinks have been the most forward-thinking businesses of recent years.

It will be interesting to see. I haven’t quite figured out how it’s going to play out in, are the big players going to be able to catch up and change fast enough?

Or are they all going to be swallowed by smaller, nimbler start-ups like the Bloombergs, like the Airbnbs?”

Of course, these shifts are not about social media presences or policies that firms can put in place.

They represent broad, sweeping changes in philosophies and a willingness to adapt as swiftly as consumer markets can.

“I was talking with Chief Human Relations Officers at a large entertainment company.

He noted that the only company that their employees couldn’t order food to their desks via mobile app was their own internal cafeteria.

He said, “what does that mean when we have built a company by which it’s easier for employees to leave than it is to stay and work with us?” We needed to fix that.”

Kane’s view is that transforming business is not the responsibility of marketing, and that many problems firms face is because this is where they start, on the basis that it feels closest to the technologies and customers that seem central to it all. Inherently, too many businesses are exclusively seeing it as a chance to make more money or get ahead of competitors, which is an outlook Kane warns is incredibly naive.

And if your competitor does the same thing but better, then everybody is going to go to the competitor. A large number, around 75 to 95%, say technology’s an opportunity.

But a shockingly small 25% say it’s a threat, which makes no logical sense.

If your competitor has it as an opportunity, it’s by definition a threat to you. And people look at digital and it’s this rosy opportunity and chance to do some cool stuff.

But it’s also going to be a threat to your business and I think that’s what companies have not yet come to grips with the fact.”

The focus of value

So what then, if anything, can companies do to wake up to this threat? For Kane, there’s a reason that companies are finding it so hard, and that’s down to the risks involved with long term thinking.

“I think it’s a double edged sword and I think it’s worse for public companies because with shareholder pressure they are sort of forced to focus on the short term.

Ones that say, ‘look we are focused on long-term value and we’re willing to sacrifice some short-term gains to make sure we are poised for a digital future’ are the ones that will succeed.

And I think it really does take bold leadership to do that, so it’s very hard to do.

Whenever you try to transform your business to a digital future, it’s going to always have bumps in the road. It’s not going to be a painless process and when you’re avoiding short-term pain – well, that’s the surest way to long-term death.” The scariest part about these sacrifices is that there is no sure way to success, and for many, it can be tricky to prove that new digital initiatives are yielding measurable, important results.

It’s a classic example, but Kane points to aviation for some of the more obvious ways successful firms have transitioned into the digital age, citing cases we’ve talked about here too, such as in our previous interview with Cathay Pacific.

“You’ve got companies like KLM Airlines, who are doing really interesting things from an operations perspective. Some airlines find out faster about flight disruptions through Twitter than they do through their own internal systems because if I’m a customer, what do I do first, before I even find out why my flight’s delayed?

Ten minutes beforehand, I know we’re going to be late and I start tweeting my discontent. Well they can tap into that, they can manage things better.”

While travel, retail and other industries have felt the full force of digital, this stumbling block appears to be even more apparent in industries where digital has been felt softest. Kane is adamant that no one can escape the need to transform.

“Let’s take, for instance, the furniture company Steelcase. I go into some of these interviews and I say, ‘what can these companies possibly tell me about digital that’s going to be interesting?’.’ Steelcase make office furniture. It’d be easy for them to avoid thinking about digital, but they see it as imperative to their survival.

What does the workplace of a digital future look like? It’s not just adding smart devices in your office chair or whatever. It’s how do we create more flexible spaces?

How do we create spaces that work for increasingly on-demand workers? They’re working with university computer science departments to try and get a handle on this digital future.”

Interview: The Democratization of Innovation at We Are Social

We spoke to award-winning agency We Are Social's Innovation Director, Tom Ollerton, about how they create fresh campaigns for the world's biggest brands.

“Execs need to get themselves up to speed.”

It’s with this kind of attitude in mind that Kane believes the future of business could be mapped out.

It doesn’t have to be such a negative force of reacting to an unknown and amorphous trend, and he recognises that the issue can still be something powerful and positive for leaders.

“For all of my pessimism, you have some really interesting use cases.

A lot of companies are waking up and saying, ‘this gives us the opportunity to do business differently.’ And that’s the question I think that executives need to be asking, is how do digital channels enable us to think about our business, our mission, differently?

And unfortunately many execs don’t have a lot of sort of knowledge about digital, and so they need to get themselves up to speed.” For all those with concerns that the metrics just don’t support full-fledged digital investment and fear that the results from large-scale reorganization around social business do not merit the costs, Kane concludes with a word of warning.

“You know it’s going to happen. You know it’s coming and if you’re waiting until you start to see it in the bottom line financial numbers – well, that’s like I’m going to wait for a cancer diagnosis until I’m coughing up blood or something like that.

You may be sick before that and you need to do some early tests and recognize that you need to take action now.

Because it’s a lot easier to take action now, get out ahead of this because you’re going to fail at three out of the four ways you attempt to harness this.”