In this week's interview we speak to Toshiba's Sarah Dickinson about how the Fortune 100 brand uses social for many different use-cases.

Toshiba is a worldwide company with a hugely diversified range of products and services.

Toshiba’s market ranges from consumer electronics to business solutions, from B2C to B2B, from TVs to renewable energy power, from the US to its headquarters in Japan.

We spoke to Sarah Dickinson, Head of PR and Internal Communications for Europe, now into her eighth year at the company, about the unique challenges this global company faces in its approach to social media. 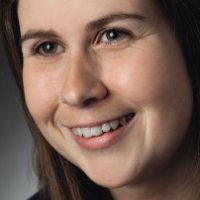 Dickinson’s role sits within the PC and TV divisions. However, in a company the size of Toshiba that is a wide communications role.

It means handling PR for both B2C and B2B divisions, including social media strategy and internal comms.

The challenge of scale and diversity

While headquartered in Tokyo, the company has taken a decentralized approach to its global operations.

This local autonomy predates social media, so when social networks started to gain popularity there was a naturally organic approach to embracing social, as Dickinson explains.

“Every division went off and created their own profiles on whatever channel they saw fit for their business.”

While this tale of adoption might be echoed in other companies, the size and diversity of Toshiba has meant a somewhat complex structure developed.

“I think one of the biggest challenges we have is the pure scale and diversity of the company. I look after PC and TV, which is the most well-known division, but we also make anything and everything from energy and power management, railway systems to rice cookers and semiconductors. We’re huge.” Creating localized, segmented social channels made sense from each division’s point of view, but it can create confusion for the customer.

“For an end user, to try and work out who they should be following from a Toshiba point of view, and which page is most relevant, it’s a minefield.”

One of Sarah’s projects involves streamlining these pages and defining the remit of each division to enable a clear end user journey.

Music through the night on this retro record player. #TBT Instagram pic by kristilikes2rock pic.twitter.com/e0Za7lKefH

The aim is for a customer to easily find and follow a particular division, rather than wading through thousands of Toshiba related pages and accounts.

The key is striking a balance between localized and centralized. While Dickinson’s efforts have brought more cohesion to the European social media landscape, there still has to be room to allow for localized differences.

In terms of the company structure, there are different teams, tools and priorities to account for. From the customer standpoint, there are cultural differences in attitudes and values to consider.

“Trying to extract data then becomes a lot harder to manage in a consistent manner to get some meaningful information out of it. But as time has gone on, and we’ve put it more into practice…it has become easier.”

The team works with the different customer service and marketing functions in each country to produce a mix of local content in addition to the centralized content.

Dickinson recalls a PR campaign in which Toshiba used Twitter to drive up buzz around new product launches.

The team released images of upcoming products before the official announcement, which was then picked up by the media. The team could then measure the corresponding success in increasing the coverage around the launch.

Of course, as many companies are finding, social networks have become customer service channels, often driven by consumers choosing their most convenient form of communication.

“The amount of enquiries we get via social is fairly significant. Particularly, being a technology brand it’s only natural that we expect our customers to use technology to communicate to us.

It’s important that we’re set up effectively to respond regularly and in a timely manner to all our customers throughout Europe.”

Hi try this link https://t.co/e4U2QtWlX4 & check the image for guidance. Has all that you may need pic.twitter.com/8u9PirNr5w

Toshiba is in the fairly unusual position of selling to both consumers and other businesses.

This adds to the complex nature of tackling social media. The key here is to separate content and choose the right channels for the right messages, to deliver them to the right people.

“We have a LinkedIn page for our business PC range and that has very different content to our consumer PC Facebook page, for example.

It’s more focused on thought leadership, looking at trends in terms of what IT managers and IT departments should be thinking about for the year ahead.”

With all these different teams and functions to consider, we asked Dickinson how the department measures success on social media.

“I think at the start, like many other brands, Facebook was a race for likes and growing your followers as quickly as possible. Of course, you need a critical mass of followers otherwise it’s a bit like shouting into an empty room, but the landscape has changed more recently and engagement is now more important for us.”

Specifically, engagement with the content that is promoted through social media.

Dickinson talks about the changes she has seen over the years. With every brand now having a social presence, the increased competition has made it harder to reach the right people.

Algorithm changes that have restricted organic reach have only added to this effect.

Monitoring engagement can give an indication of whether that is being read, but also whether it is being read by the right people.

One of the ways of ensuring this is to use targeted advertising. By focusing on specific demographics, Toshiba ensures it is reaching the senior decision makers.

The team can then point to the growing follower base amongst this key demographic to demonstrate the progress that is being made.

“New platforms have emerged and there is also increased sophistication with personalization and social monetization, and how that ties into search, which can increasingly integrate into sales and help deliver value back to the business.”

Distributing social data to prove its worth

As we have seen already in this interview series, some social teams have historically faced a degree of resistance, or have been pressured into proving its worth.

Part of overcoming this problem is demonstrating that social has a role to play outside of traditional marketing roles.

We asked Dickinson about her experience of this, and she quickly gave us three examples of how social can feed back into other areas of the business and provide demonstrable value. Dickinson talks of the value of collecting organic conversations in this way. Feedback is a rare commodity in this product category, which really highlights the advantage of social media in this niche.

“It’s hard to get that feedback once someone has a laptop or a TV in their home. It’s hard to find another way to get feedback like that.”

Another example comes a PR perspective: using social as a communication channel that complements traditional methods. If the company has the need to issue a product safety warning, it can boost that message by contacting customers directly, in alignment with traditional press methods.

Recently, Toshiba has been emphasizing the B2B side of the business.

In tandem, social media has increasingly become a sales tool. The team has now created a content marketing strategy to generate leads.

“We’re looking at programmes and content to generate leads and create more of a content marketing strategy.”

Finally we discussed another recurring theme in our interview series, the challenge of getting the wider workforce to amplify the company’s social presence and contribute to its success.

How does Toshiba approach getting buy in from the workforce?

“I mean I think it sounds obvious, but you need to make social visible within your company.

Every employee will be aware that there’ll be a social profile for its employer, but you have to make them aware of what role it can play and its value to the business.”

In order to drive understanding of the role of social to the brand, Toshiba have an internal magazine that includes social mentions so employees can see what people are saying about Toshiba as a brand. 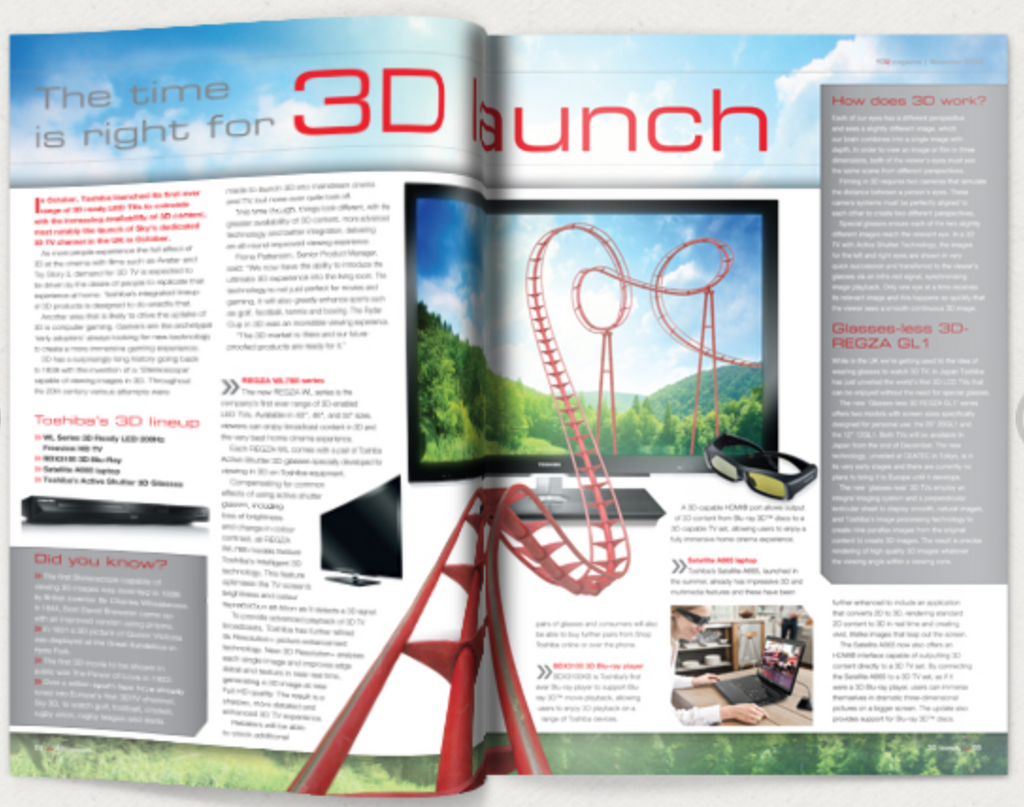 The team has also run internal competitions to get employee engagement up that mirrors activity on their social channels. This helps drive awareness, gets them engaged, and drives greater interest.

“It’s not just a marketing tool, which many that don’t know might just think it is.

For example, we encourage people to follow and share our company posts. I think that is particularly relevant on LinkedIn with our B2B businesses, because our workforce will be connected to customers, potential customers, and distributors who may not be following Toshiba’s own page.

The content is then delivered to those people via their Toshiba connection.”

Ultimately, it has to start with the social team themselves.

“If the social team isn’t evangelizing about what it’s doing, then you can’t really expect anyone else to do so.”

Thank you to Sarah for speaking with us. This interview is one in a series with industry experts – you can expect more every week.