John Lewis, Monty the Penguin and the Power of Putting Digital First

With no Thanksgiving for us Brits to look forward to, November is traditionally the time on this side of the pond when Christmas starts. And boy, has it started.

If you’re in the UK and haven’t been living in a cave for the past few days, you’ll have seen – or at least heard of – the new John Lewis Christmas advertising campaign.

A misty-eyed examination of one child’s pursuit to make his *SPOILER ALERT* imaginary penguin pal happy by finding him a mate, the ad for the department store retailer has resulted in piles of tear-sodden Kleenex overflowing from bins across the nation since the ad went live at 8am on November the 6th. 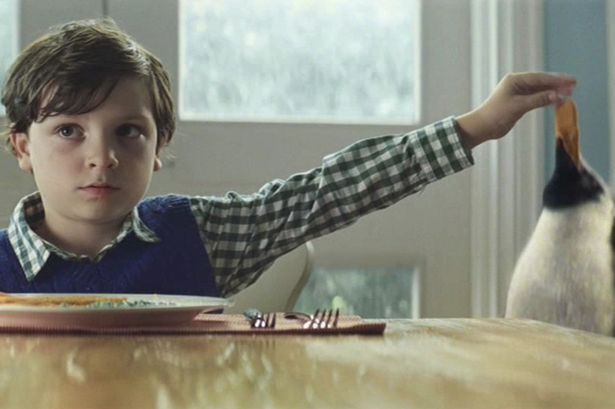 In the space of 24 hours, 14,500 people had spoken on social media about how they’d cried at the ad.

More than 3,500 said how they wanted a Monty of their very own. The retailer, knowing the monetary value of going for the emotional jugular, responded by offering up the chance to do just that for the bargain price of £95. Nice work, if you can get it. 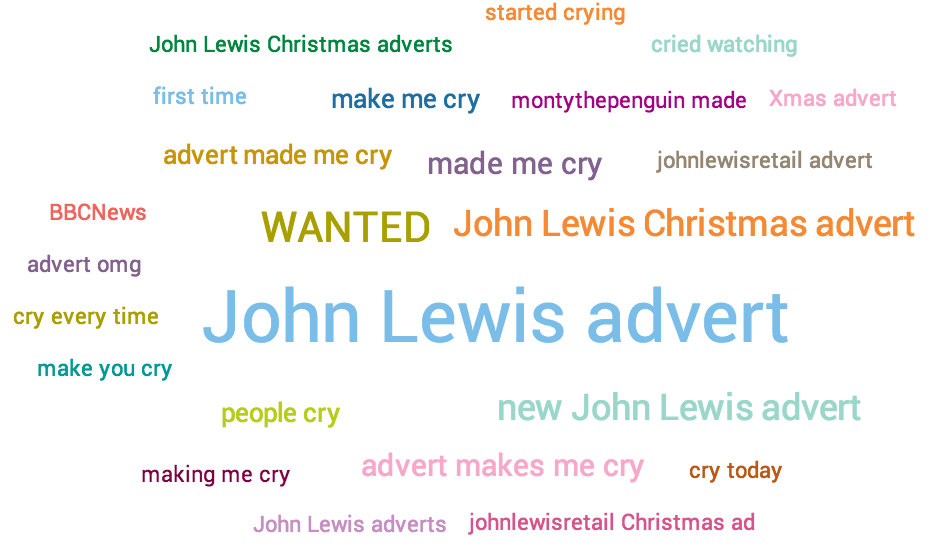 Their tried and tested method certainly works. At the time of publishing, the ad has been mentioned on social media over 316,000 times.

The advert wasn’t previewed on television, though. John Lewis chose to release this year’s campaign through their digital channels, by tweeting a link to a YouTube video. And that’s not the only way in which the retailer are choosing to put digital first.

Hard sell versus the hashtag

The two minute long ad does something fairly unusual for a christmas campaign – we aren’t shown any shots of the store itself.

We see no products with their logo. We don’t see a family sat around a table devouring a glistening, bronzed turkey – organically farmed, of course – or grinning while handing beautifully wrapped gifts to one another, gifts that were purchased at John Lewis.

In fact, it’s quite a nice little stand-alone film until 1min 58, when the logo finally appears. In other words, we don’t know it’s a John Lewis ad.

But we do. The brand presence is so strong, from the first few bars of the John Lennon track covered by Tom Odell, to the familiar directing style of Dougal Wilson, that we just know.

Instead of using their two minutes of airtime to drive a hard sell, they instead spend them building emotion. They layer and hammer home the feelings of family, love, warmth, safety. We are shown snippets of a nuclear family – middle class, of course – and are bought along on an excellently executed journey that heralds the start of the Christmas season.

Instead of telling us how much anything cost, or directing you to purchase your very own slice of Britannia at its best, they choose one simple marketing message to close on. A hashtag. 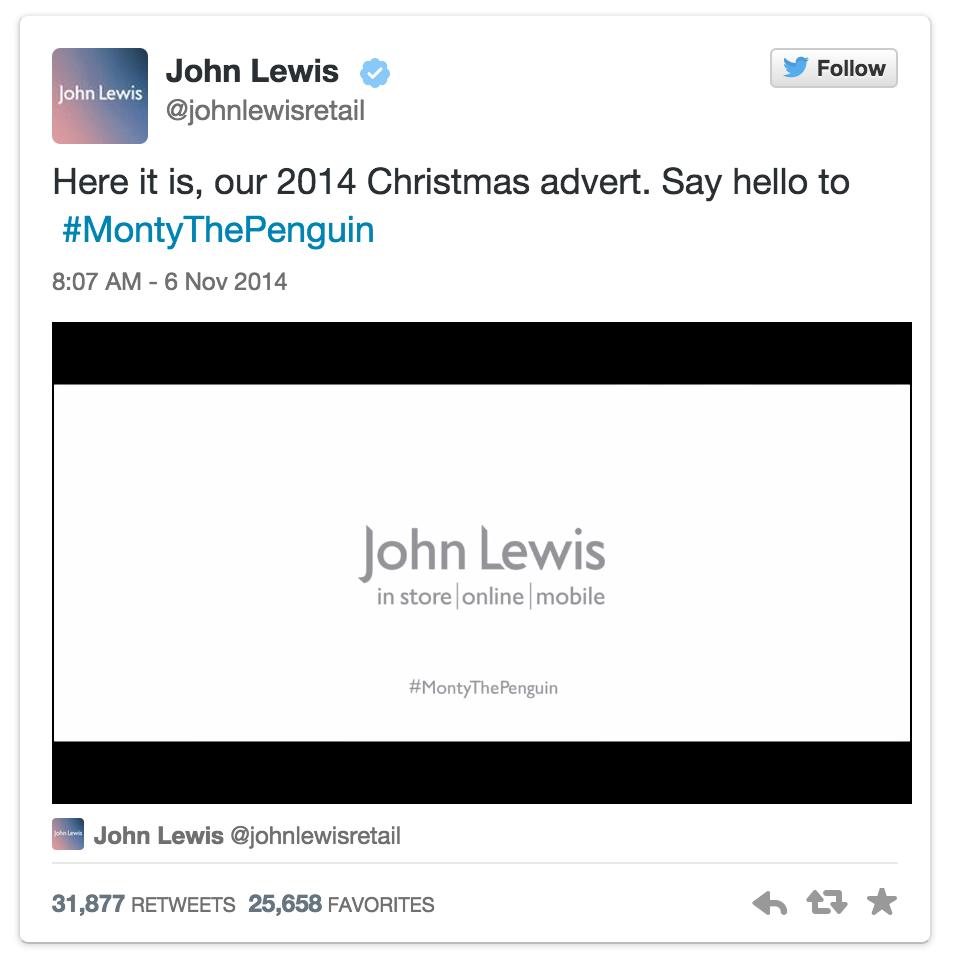 By ending the advert with #MontyThePenguin, John Lewis are inviting us to continue the story.

And continue it we did, with the hashtag becoming a worldwide top trending topic almost instantly. At the time of writing, there have been 147,769 uses of the hashtag on social media – no small feat.

John Lewis have also partnered up with Microsoft to take their digital focus to the next level.

Available in their flagship London store until the just before Christmas, they’ve launched ‘Monty’s Magical Toy Machine‘, a Kinect 2-enabled 3D interactive experience whereby children (or adults) can bring their favourite toys to be scanned using photogrammetry technology, before appearing before their eyes as a moving 3D image. 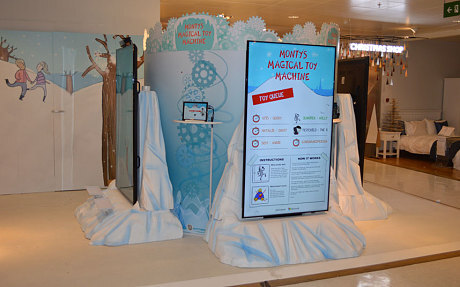 As John Lewis’ Director of Marketing, Craig Ingliss explains, the child’s toy – now seemingly alive like Monty in the advertising campaign – then dances for them, creating a “truly memorable retail experience and the perfect opportunity for a selfie.”

The campaign shows how John Lewis are pushing the creative boundaries of online and offline consumer engagement.

So will it work? Will millions of Monty the Penguins be unwrapped on Christmas day? Only time will tell. In the meantime, I’m off to watch a few more penguin GIFs.