Leila Johnston talks to editor at New Scientist, Frank Swain, about how futuristic 'body enhancements' are allowing us a glimpse into living the cyborg life

What comes to mind when I say ‘cyborg’? Not the most comforting image, is it?

I could give you a ‘cyborg Andrex puppy’ to play with, but you’d never be able to get past the possibility of a concealed laser canon. Cyborg puppies can’t be far off though: infrared chips are a legal requirement now and RFID catflap projects have been out there for years. To paraphrase Morrissey, our pets were ‘borgs before we even began.

Frank Swain is an editor at New Scientist , and the presenter of “ Meet The Cyborgs ”, a documentary about body enhancers that recently aired on BBC Radio 4. His own cyborg journey began about five years ago, when he was diagnosed with early deafness and fitted for hearing aids.

“I was interested in the way they augmented my reality,” Frank tells me. “They suppress a lot of what they consider noise, such as wind or traffic, and amplify sounds they think are useful, like voices. I decided that if I was going to listen to an interpretative version of the world for the rest of my life, I wanted to play a role in the editorialisation process.”

Together with sound artist Daniel Jones, Frank developed Phantom Terrains , a system that uses his hacked iPhone to sense wifi fields, and turns them into sounds.

Neil Harbisson is a cyborg I’ve come across before… he’s sort of hard to forget.

This colourblind artist has turned colours into sounds , permanently, via an implant that rises out of his skull like a gooseneck reading lamp. His antenna translates audible vibrations into information that feeds straight into his brain, including phone calls and music. 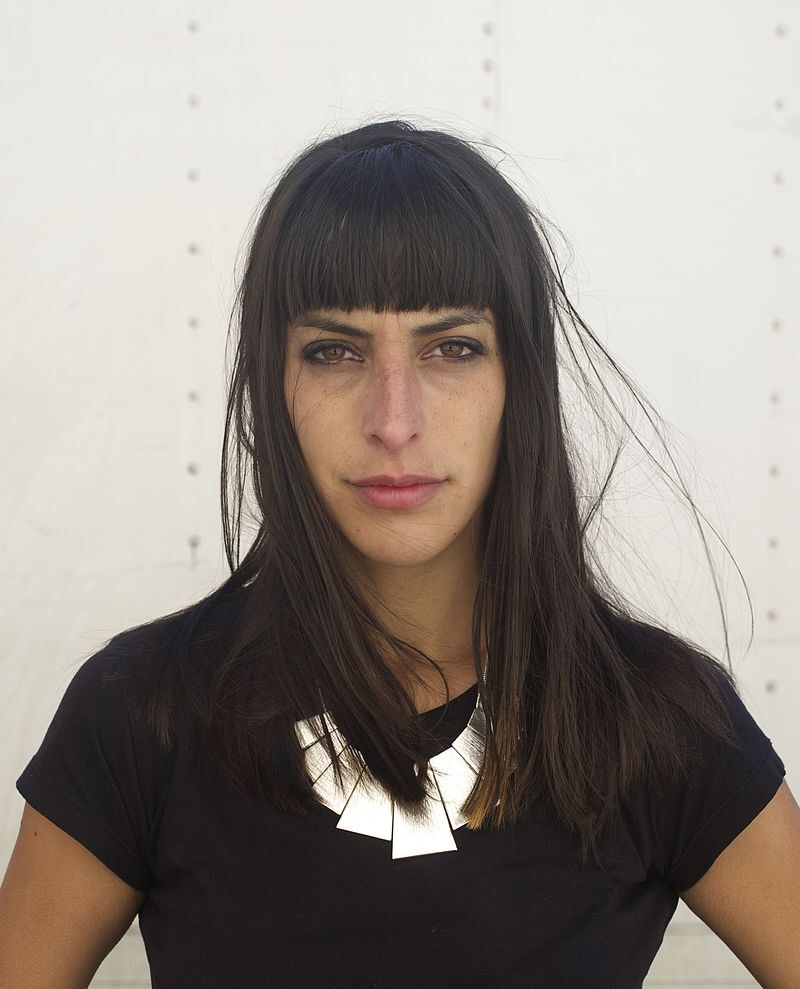 In 2010, Neil co-founded The Cyborg Foundation with Moon Ribas  (pictured) , a dance artist who has a vibrating sensor in her elbow that allows her to feel earthquakes as they happen – and they happen a lot.

Moon admits that the buzzer used to wake her up in the night a lot. But almost four years on, the planet’s movements now feel like an extension of her own, as normal as a stomach cramp or a twitchy eye.

At just 31, Moon is already an old hand in the cyborg world; she once wore kaleidoscopic colour glasses for months on end, and is the inventor of vibrating speedometer earrings which measured walking speeds in different cities (London and Stockholm clock up a brisk 6.1kph, while pedestrians in Rome and Oslo saunter at a leisurely 4kph).

This sort of extended perception stuff is a strong theme in artistic body augmentation projects.

Scott Cohen is the creator of “ The North Sense ”. He describes himself as a balding middle-aged man on Frank’s documentary, but he has a device anchored to his chest with titanium rods, which buzzes every time he faces north! Human compass. Hardcore.

The goal is to eventually train his brain to map his “position on the planet,” but in the meantime he’s looking rad with that metal.

I’m pleasantly surprised by these cyborgs.

The urge to feel the forces of the world inside them feels much more Greenpeace than Black Mirror, and these cyborgs hardly seem motivated by the urge to destroy humanity, at all. So if they don’t want to kill or assimilate us, what’s their aim? Frank thinks there are two drives:

“One the one hand, you have people looking to expand their bodies, increase their senses, and live a richer experience. On the other, you have this intersection with transexualism – a desire to change the body you were born with the better reflect your identity.”

Leila Johnston: On Exploring Fictional Data in the Real World

Leila Johnston talks with data expert James Jefferies about how technology is helping unpick fictional universes and bring them to life.

I wonder if tweaking ourselves might offer a environmentally preferable alternative to altering our environment?

Frank tells me about Matthew Liao, a philosopher who proposes genetically engineering humans to help the planet. Tiny people, for example, would have smaller carbon footprints. A race of Borrowers is presumably not imminent, but Frank notes by the time we move to Mars, GM people may be cheaper and more effective than a full planet terraform.

In the meantime, I like the direction all this is headed.

It is more sweetly personal than I imagined, and I am charmed by the spirit of curiosity and its lack of laser canons. Are there any risks to note, before I cyborg myself?

“Batteries can explode. In this age of pan-resistant bacteria, it’s not great to be cutting your skin. But serious complications are rare. Body hacking requires a kind of pioneer spirit; I don’t think any of us are expecting to come out of it without a few scars.”