Marketing: How to Craft a Short Video Campaign Like the Experts

One of the most recent strategies that has experienced great success is short video marketing, a system in which marketing teams create short 6-15 second videos that convey a quick, strong message to customers. Nearly 59% of the world’s top brands are active on Instagram and other sites hosting these short videos, maybe it is time to follow the trend.

Over the last 15 years the world of marketing has changed so significantly that many can hardly recognize it at all. The days of potential customers talking to salespeople in order to learn about a product are fading out quickly and door-to-door salesmanship is all but a thing of the past.

The accessibility of the internet and creation of social media networks has significantly adjusted the role of the marketing department in most highly successful companies.

Technological innovations are driving new developments that seem to alter the best-laid marketing plans nearly every day. The entire industry is changing so rapidly that it has become impossible to maintain the pace.

One of the most recent strategies that has experienced great success is short video marketing, a system in which marketing teams create short 6-15 second videos that convey a quick, strong message to customers.

A prime example of this brand marketing strategy in action is through Nike’s recent Instagram success. In the last year, the company has increased its Instagram following by nearly 8 million people – a growth of roughly 200 percent, and the jump is credited primarily to the incorporation of video marketing.

But why are these videos thought to have such a profound impact?

How is Nike utilizing video to reach customers effectively?

Although Nike has been known for many of the big names that it has sponsored over the years, and many of its ad campaigns pay tribute to them, the short videos produced in the Instagram video marketing strategy are much more commonly focused on the ‘Average Joe’. 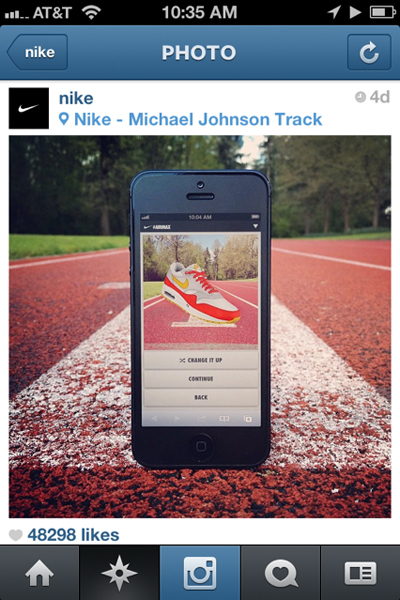 This adds effectiveness to a short ad, because viewers can visualize themselves reaching goals.

The product becomes easily relatable in the short timeframe Nike’s marketing team has to advertise.

Being able to visualize yourself using a product is a powerful psychological factor.

Products you can see yourself using regularly – especially when making yourself more successful – are more likely to sell widely.

Marketers that can take advantage of that are almost automatically at a huge advantage because the process creates a certain level of customer loyalty.

Perhaps the marketing strategy that Nike uses the most successfully is their ability to tell the ‘hero story’ effectively.

A common theme in many Nike ads is the runner who battles his or her inner laziness to get up early and push harder to run further. They are the hero, their attempt to get fit is the quest, and their lazy self is the antagonist.

Everyone wants to see themselves beating their weaknesses, and these short video ads are designed to promote our desire to go out and do just that.

They inspire the viewer.

Finally, when video ads are less than 15 seconds every scene matters. It is important that the viewer is left with a take away message of the product.

The scenes in many of these videos are repetitive. Seeing something over and over again increases our likelihood of considering it to be something worth purchasing.

Successful short videos do just that. 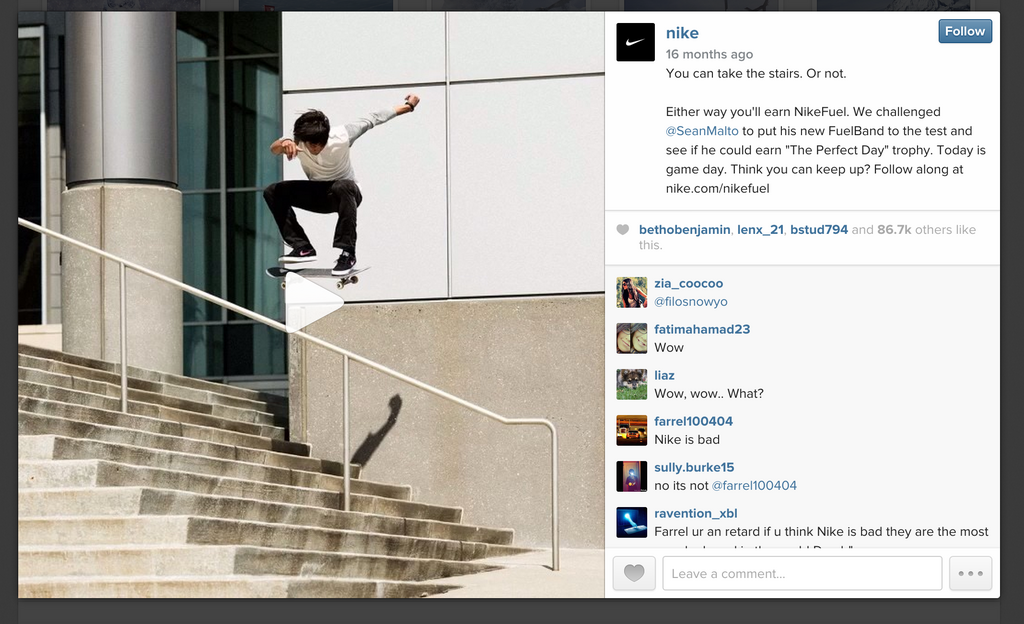 They are short enough to grab and keep our attention, and repetitive enough that we tend to remember the message they are trying to send – whether it’s hitting the alarm button repeatedly every morning, or quick snapshots to the shoes the actor or actress is wearing.

By doing this, Nike is ensuring that potential buyers are going to foster a memory of their brand.

Even if the buyer doesn’t remember the whole campaign later, they are going to remember that the average runner that got up early every morning to fight laziness was wearing Nike attire. Not bad for a 15 second video.