In our continuous drive to improve Brandwatch, we have even been busy working over the holiday season to update the tool with some new innovations. As usual, many of these little tweaks are back-end improvements and additions to making better ways of collecting data from forums and specific sites, though we also have two new more noticeable features to introduce. Spamalot Spam is often cited as one of the main problems in data crawling, especially with regard to social media monitoring companies. It can be a constant struggle to combat the ever-changing bots and spammers, so aside from working on it from our end of things we have also included a spam reporting button for users. 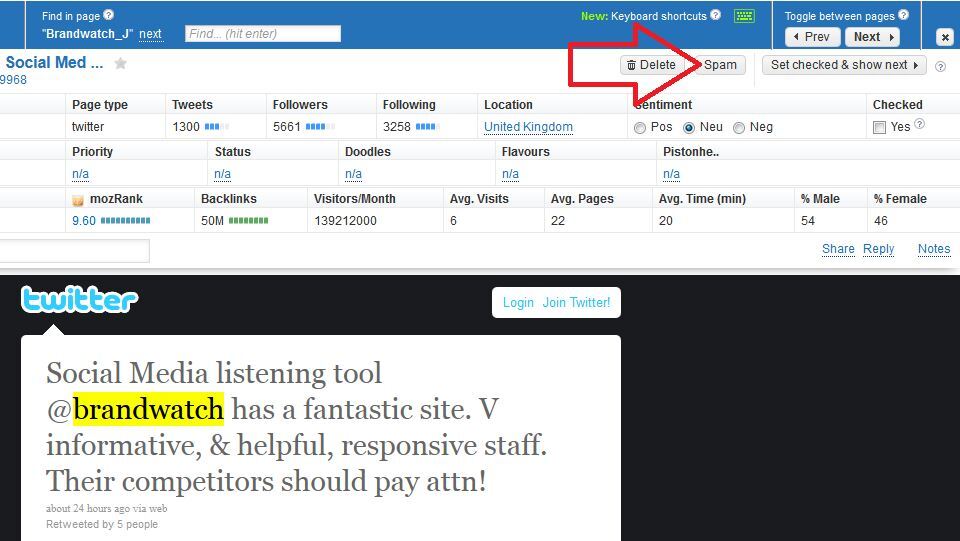 Turns out this wasn’t spam

We’ve long had a feature that allows users to tag individual mentions as spam, which then are forwarded to our tech team to assess, as well as being deleted from that particular query. We now have another avenue to report spam via the ‘Top Sites’ tab in the app. If one of the sites in a query is distorting a set of data with its spam content, users can now select an entire site to report as spam, which then undergoes the same procedures in order to remove it.

This eliminates the need to return to the query string and modify it to exclude a specific site, and also alerts our team to sources that clients consider obtrusive. Prior to this update, users would have had to instead use the “NOT url:spam.com/thisone” operator in the search string, meaning updating the query itself. Dashboard Sharing The most prominent feature we’ve updated over Christmas is our dashboard sharing feature. Dashboards are an element of the Brandwatch interface that function as the main panel for manipulating the data that the app has collated, in which all the components are displayed. The dashboards are specifically the workspace for each user. Up until now, users could share their data – all the stuff that has been collected from the query (as well as other elements like categories and workflow), but how they chose to filter and analyse the data was stored individually in each user’s dashboard. 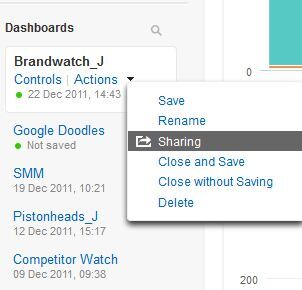 As analysts play with the incoming information in search of patterns, certain graph set-ups and ways of representing data are key to conveying insight to others. Once a user has established a series of components that show their points of interest, they can select the new sharing options to allow others to see their work. This read-only sharing mode is perfect for analysts wishing to conveniently present their dashboard to a whole range of people, without taking the risk that others may modify the data. 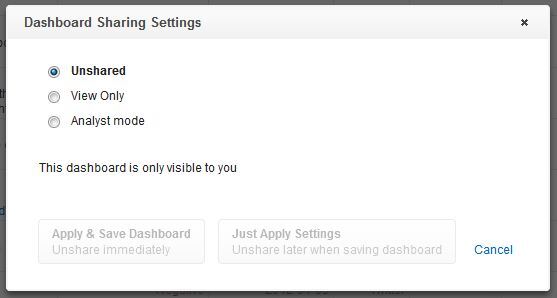 The read-only mode simply provides Brandwatch users with the means to view the components created by other users, though manipulation of chronology is available if the reader wishes to focus on a more precise time period. With the update, users that have had a dashboard shared with them can work with the original author in order to collaboratively create workspaces. Any number of individuals can combine their efforts to find that ideal chart setup or that component configuration so that they can all use it, without having to each perform the action in their own individual dashboards. 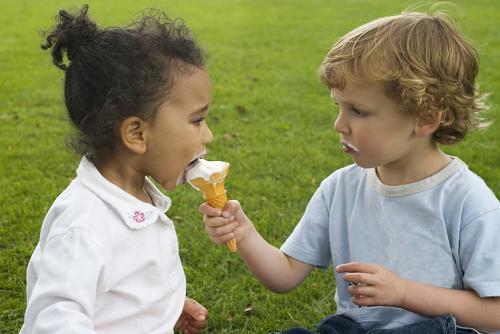 Never fear though, if dashboards are inadvertently shared with ne’er-do-wells who meddle with the precious dashboards, sharing privileges can be revoked at a later date by the creator.