In one of the most significant releases of the year, we’ve added some great new features to Brandwatch over the bank holiday weekend. While others were out there celebrating the rain… sorry, reign, we were busy making Brandwatch the best tool possible.

Even ignoring our continual improvements to our coverage (this week it’s a wide-ranging boost, from PhotoBucket to Tumblr) and tweaking things to make them more usable (like word clouds in Threshold Alerts now being clickable), we have two major additions to the app to announce.

Yes, it’s that old chestnut: quantifying influence. We’ve racked our brains over it and countless thousands have voiced their opinions on the matter across the web. We even co-hosted an event on influence last month, with Bloom and Mark Schafer.

Ultimately we decided it would be best to incorporate a measurable influence metric, even if many dispute its absolute power. Even the naysayers will agree that, at worst, these stats are excellent for guidelines and overviews, and we believe that there is a great deal of value in having these metrics.

We already have Klout information available in the app, visible under each author’s profile. We also include links to each tweeter’s PeerIndex profile in the Authors tab.

However, we felt it would be useful to include this data in a searchable, sortable raw format to help analysts identify the tweeters they are looking for. 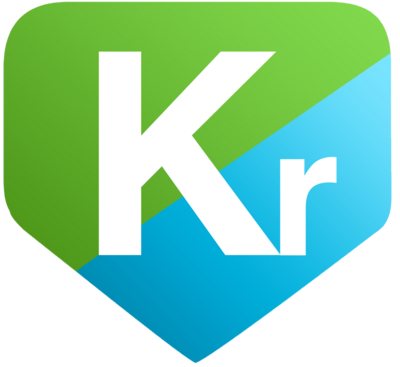 To achieve this, we approached the admirably transparent Kred, who now provide us with both Outreach and Influence scores. Outreach is focused around the amount of interaction users are involved in on Twitter, while Influence is centred around the inspiration to make others take action.

You can read more about how Kred calculate these metrics on their blog.

This means that you can now rank and filter your mentions in Brandwatch to isolate just the infuencers you’re interested in.

We’ve also included retweets as part of each mention’s meta-data too, and a reach score, which is found by combining the Outreach and RT metrics.

Arguably as difficult as influence is to quantify, location is another feature we’ve refined. We’ve long offered location data, allowing our users to discover the origin of their social media mentions.

However, we’ve found that there are times that country-by-country data is insufficient for the level of research some of our clients wanted to perform. Therefore we now have countries split into more specific regions, so that analysts can see which state or city the mentions are originating from.

As we’re rolling this feature out slowly, we’re initially only breaking down the US and Brazil into these more accurate locations, to be followed by other countries in the coming months. 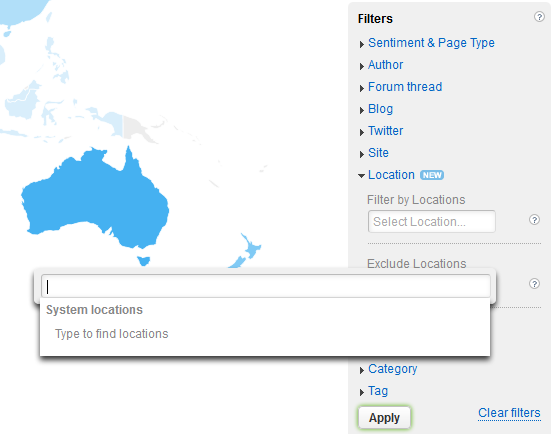 One of the most powerful uses of this new classification is that you can bundle in all types of location (city, state etc) into Location Groups. This means that you can make your own regions to analyse, such as the East Coast of the US, for example.

The locations also work on a tiered basis, so mentions can originate from New York City, in New York State, meaning that you won’t miss any mentions if searching at the state level.

Of course we’ve offered not just the location meta-data itself, but also the filters to manipulate it with, including through your own custom location groups and the ability to chart location data.

The option to filter the location data of your queries at the operator level is also available. When creating a new query there is now a way to look up location codes, meaning you can use the relevant state:, country: or city: operators to pull in just the data you need.

We’ve put together these three queries to show you what you could do with these new location operators.

Let us know what you think of our update, and what you think we should be working on. Much more detailed instructions can be found in our latest manual on this update.