Trump’s taxes have been a matter of speculation for years. What do voters think of the issue?

On September 27, The New York Times revealed an extensive investigation which claimed Trump had paid just $1500 in federal income tax across 2016 and 2017.

On top of that, they reported that Trump is struggling financially and in a lot of debt.

The story kickstarted a huge online discussion of the topic. From September 27 – 30 2020, our Consumer Research platform found 725k people and news articles mentioning Trump’s tax returns online, with 62% of these posts being negative. The original New York Times piece saw 5.5m social shares and engagements alone, according to BuzzSumo.

Trump’s taxes have been a matter of speculation for years, particularly as he is the first president since Gerald Ford to not release tax returns. While there is no legal requirement to do so, Trump has bucked a 46-year precedent.

But what do voters think of the issue?

We checked it out using Brandwatch Qriously, surveying 3,136 American adults from October 1 – 4 2020. The results came from the 2,048 respondents who say they are likely to vote or have already voted by mail in November’s election. (After weighting, this is 54.4% of the overall sample).

It’s pretty clear cut which way voters are leaning as a whole, but here’s how it splits out by voting intention. 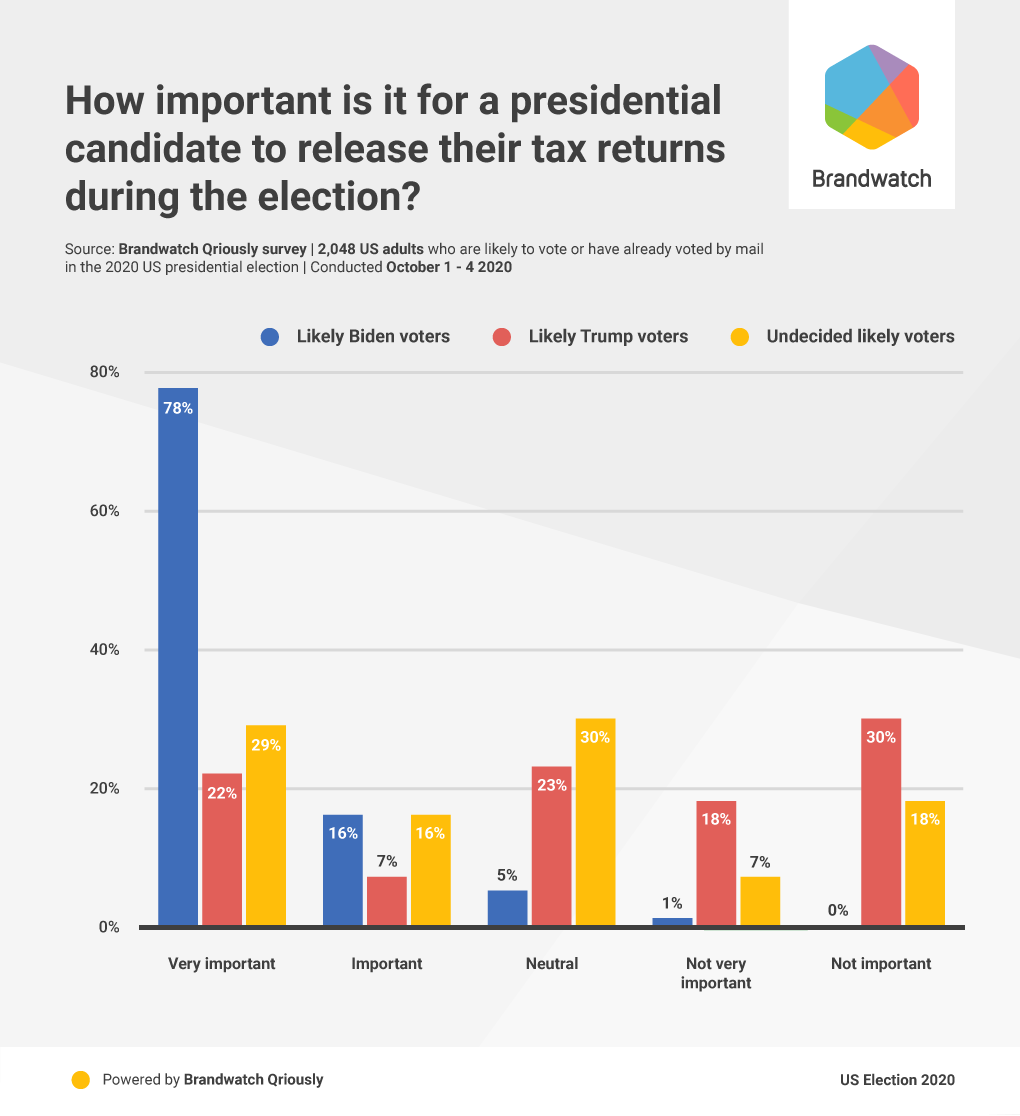 With this in mind, will The New York Times investigation hold much sway? 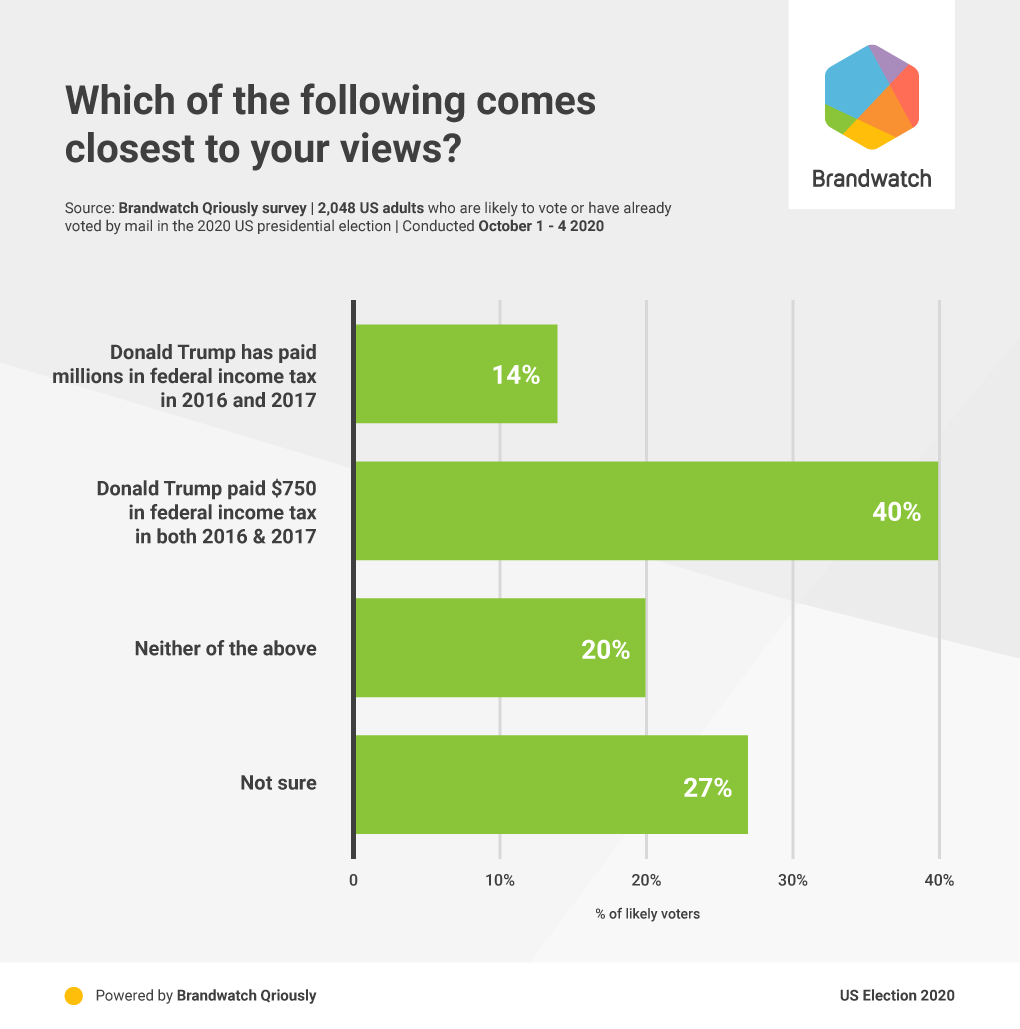 While over a quarter of voters aren’t sure about the report, 40% believe that Trump paid only $1500 across 2016 and 2017 (as reported by The New York Times). Meanwhile 14% believe he paid millions in federal tax during this period, a claim Trump made several times during the first presidential debate.

Undecided likely voters were less likely to pick a side. We found that 57% of them were unsure, while 19% chose “neither of the above”.

More about this data

Detailed tables and raw data are published here. Data is released under the Open Data Commons Attribution License (ODC-By) v1.0. If you are publishing or using this data you must give attribution to Brandwatch Qriously.

About the poll: 3,136 adults aged 18+ nationwide were surveyed from October 1 – October 4 2020. The size of the subsample of likely voters was 2,048. Data was weighted to be nationally representative in terms of age, gender, education, race, geographical region (census division), and NCHS urban/rural community type, using data from the Census Bureau’s American Community Survey (ACS), as well as 2016 Presidential election vote (or non-vote). Targets for 2016 vote were calculated using results from the Federal Election Commission, population totals from ACS and mortality data from the National Centre for Health Statistics. The margin of error at the 95% confidence level, taking into account the effect of weighting, is +/- 2.3 percentage points for estimates from the full sample. For the subsample of likely voters it is +/- 2.7 percentage points. Sampling error can be larger for subsets of these samples. In addition to sampling error, all polls are subject to a range of other potential sources of error. When percentages do not sum to 100% this is due to the effect of rounding.