React: A Short History of Peeple

This week, Peeple rapidly became the most hated app in the tech industry because it was based on this one-liner: 'Yelp for People'.

That ‘does she have a boyfriend‘ moment from the social network didn’t actually take place.

Runaway apps are often made by people who have failed at dozens of ventures before. Success is grafted from smart iteration and incremental changes, not one-liners thrown at a whiteboard.

This week, Peeple rapidly became the most hated app in the tech industry because it was based on one of these one-liners: ‘Yelp for People’. 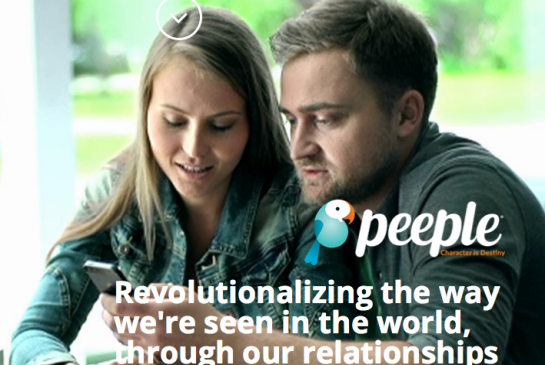 The concept of Peeple follows the formula of hundreds of social apps that are pumped out every month. Take an established model (Yelp, for reviews), and apply it to a new ‘sector’ (human beings, instead of restaurants).

It allows people to leave a one-to-five star rating for anyone in the world.

Founded by Julia Cordray and Nicole McCullough, Peeple has been in development for over a year. Their online documentary series launched on 9 August 2015, documenting their 90-day launch process in Silicon Valley.

However, it wasn’t until an interview in the Washington Post titled ‘Everyone you know will be able to rate you on the terrifying ‘Yelp for people’ — whether you want them to or not’ on September 30 that people started to take notice.

Peeple has an eerie resemblance to MeowMeowBeenz, a fictional app from a 2014 episode of ABC’s Community.

Drawing attention to the mountain of fierce, angry mountain of negative reviews of Yelp, the Post posed a scary, Black Mirror-esque vision of the app’s widespread usage: “Imagine every interaction you’ve ever had suddenly open to the scrutiny of the Internet public.”

Naturally, this scared people. Particularly when you drill into the app’s terms and conditions.

Can you remove yourself from Peeple’s smacktalk database? No. “Not at this time,” their FAQ reads. “We may consider this feature in the future.”

While negative reviews do not go live straight away – and can only be viewed publicly if you opt-in to the app – the internet is still unhappy with the premise.

Since the article was published, Peeple’s net sentiment score jumped from 40% negative (average, for the tech industry) to 77% negative. Given how far other tech companies have gone to accommodate users’ privacy wishes, Peeple’s ‘you’re here forever’ policy is surprising. Peeple is still being talked about with a velocity of over 3,000 mentions per minute, making it one of the most popular trending topics globally.

Would you like more specific data for a story you’re writing? Get in touch with Marcus at [email protected]