Brandwatch takes a look at the terrifying history of Slender Man as rumors circulate that he'll be making appearances in the mainstream media.

Slender Man, the subject of foggy internet legend that scares the bejeebers out of teenagers and adults alike, is hot topic but not in the Bieber kind of way.

Spotting the terrifying creature trending again, we decided to look at the myth that has driven people to do horrendous things.

What once lurked in internet forums has been dragged into the mainstream.

In 2016 it looks like everyone wants a slice of Slender Man.

How the internet created a monster

The man behind the myth (if it even is a man) is hard to pin down. A quick Google search will give you a sense of just how much Slender Man content there is online, generated by thousands of users, with conflicting imagery, histories, stories and descriptions of his appearance and behavior.

General depictions of him show a lonely, inhumanly tall and thin male wearing a black suit and tie, often with a blank face and multiple tentacle-like arms. 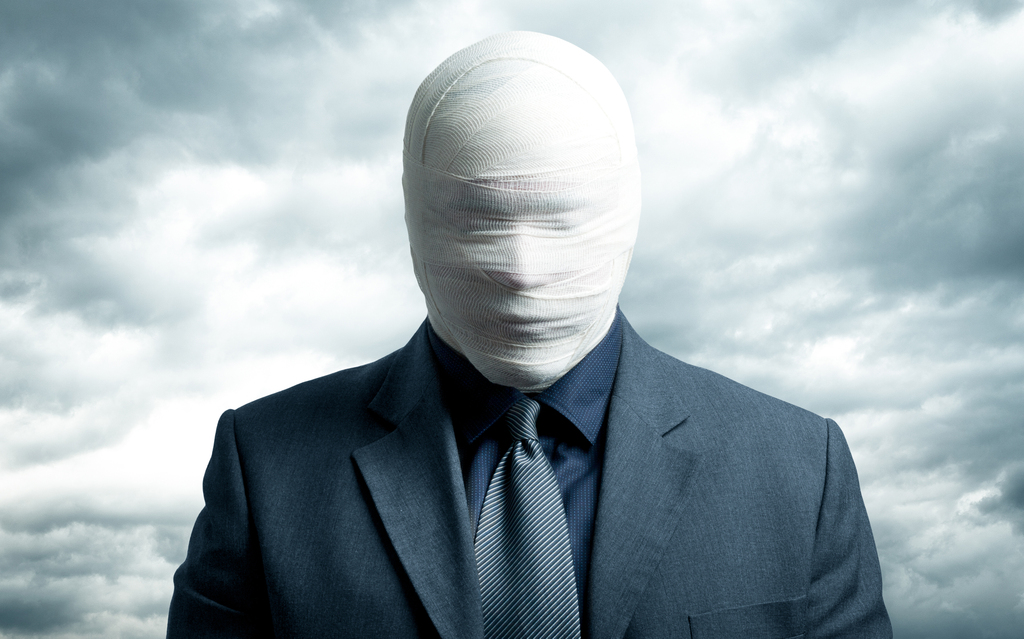 Many would have been introduced to Slender Man in 2014 when two young girls attempted to murder a classmate in Wisconsin in order to impress him, though his origins are much older than that.

Slender Man was created by the internet. He’s traced back to a post in a Photoshop contest on a Something Awful forum in 2009. The character took off, with other users creating their own Slender Man images and storylines.

Grainy pictures of the character circulated in wider spheres and Slender Man became well known on other sites. As he gained popularity (or at least people became obsessed out of morbid curiosity) a number of indie games and a long-running YouTube series were released with the creature as a central character.

Because so many people contributed to the development of Slender Man’s story, the myth’s finer points are all over the place. There’s plenty of detail out there, from first person fan fiction to detailed artistic depictions, but with so many conflicting accounts the character has almost risen above its fairly tangible roots.

Speaking to The Washington Post, a scholar of the Slender Man myth Shira Chess, says that the character is a metaphor for “helplessness, power differentials, and anonymous forces.”

We tell ourselves stories because we (humans) are storytelling animals. And, to that end, horror stories take on a specific significance and importance because they function metaphorically — the horror stories that are the best are often metaphors for other issues that affect our lives on both cultural and personal levels.

They say that the character is a metaphor for “helplessness, power differentials, and anonymous forces” and are unsurprised by how many people are swept up in the story.

From the depths of the internet to the big screen?

The Slender Man phenomenon is powerful, and it looks like there can be some serious money made from it.

On May 6th 2016 it was reported that Sony were in talks over a possible Slenderman movie. It’s not the first time something horrifying from the internet got its own movie. Let’s not forget “Fred: The Movie”.

Meanwhile, earlier in the year Twitter exploded when it was suggested that American Horror Story could be considering a Slender Man storyline. 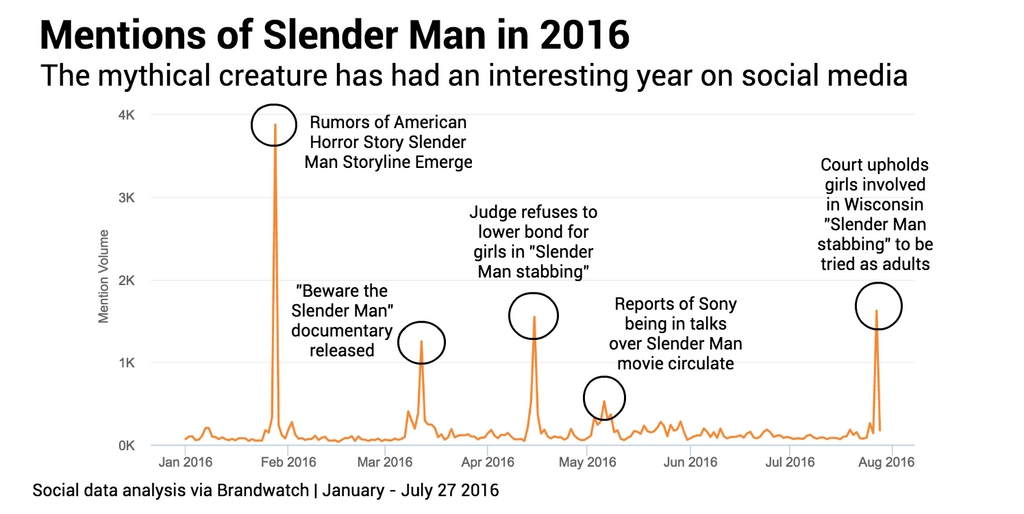 His cult following has grown, and will continue to as mainstream media embraces him. It’s rare that a character from the deep depths of the internet achieves world fame, but it seems he’s on his way.

Some people even find him cute enough to make cupcakes.

Are you a journalist looking to cover our data? We have plenty more. Email us [email protected] for more information.