The Brandwatch React team monitored social media reaction to Budget 2017, from the top emoji reactions to the topics men and women talked about most.

Yes, in the words of the Chancellor of the Exchequer, it’s the thing with “the long economic-y words in it.”

A whirlwind of a budget that touched on large scale economic plans as well as smaller scale changes that will affect people’s lives quicker, sprinkled with dad jokes and jeering from politicians, is now being picked apart by commentators both on the TV and social media.

The Brandwatch React team monitored conversation surrounding #Budget2017 on Twitter throughout the day and minute-by-minute to see how social media reacted. (Because we, like Philip Hammond, know how to have a good time).

During the Budget 2017 announcement: 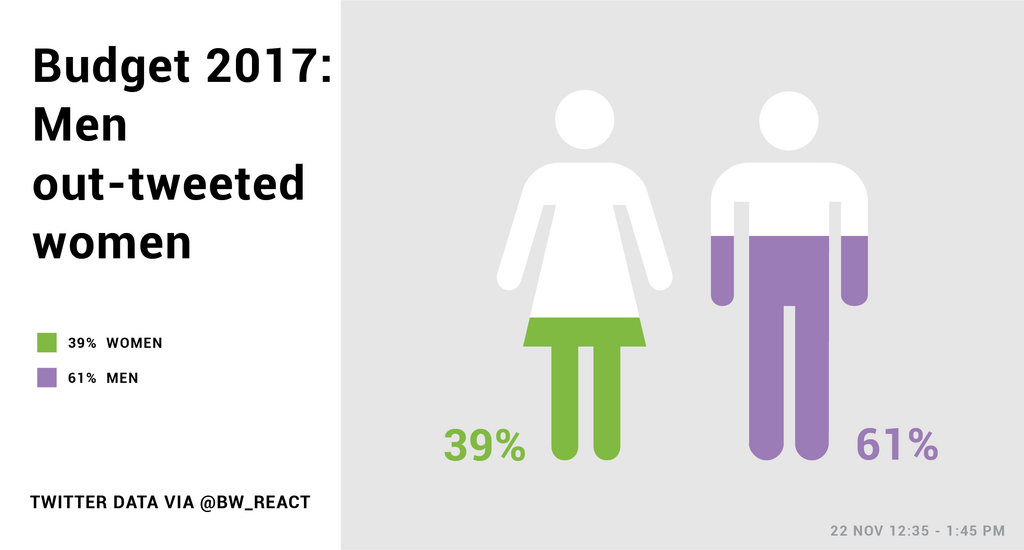 The highlights, the low points and biggest topics

There were a whopping number of tweets and, as you can see below, it was a real roller-coaster ride. Breaking that down by gender, there was no massive difference in spike patterns or apparent priorities – the NHS was a huge topic in both conversations. 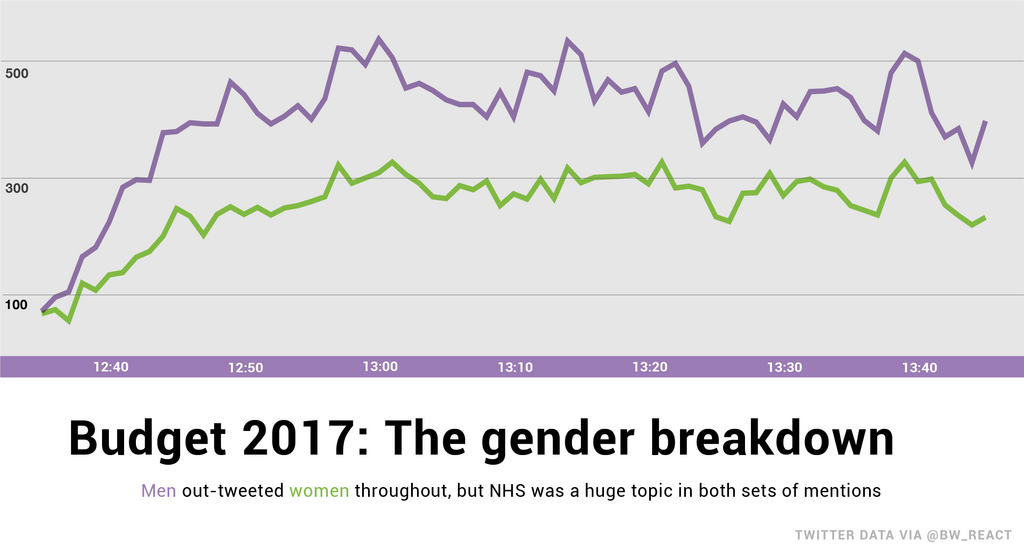 While mention volume can tell you a lot about the topics that were most discussed (we’ll get to that later), sentiment can give you an idea of the public mood as the Budget announcements went ahead.

Awkwardly, they remained steadily negative throughout.

High points included discussion about the National Living Wage and Stamp Duty, but net sentiment rarely peaked above neutral (represented as 0 in this chart): 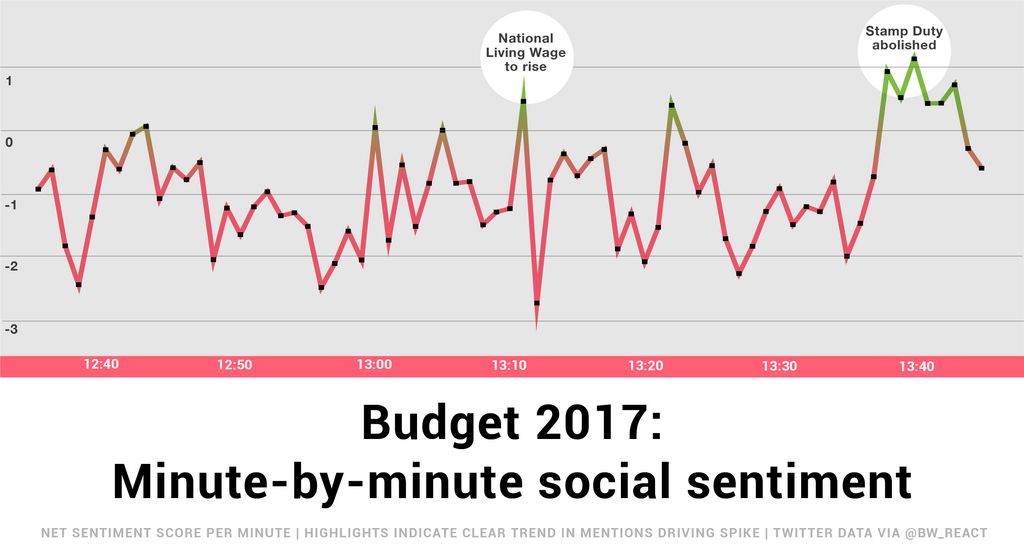 So what were people actually talking about? We gave you a bit of a hint when we said that the NHS was dominant in both male and female conversations. 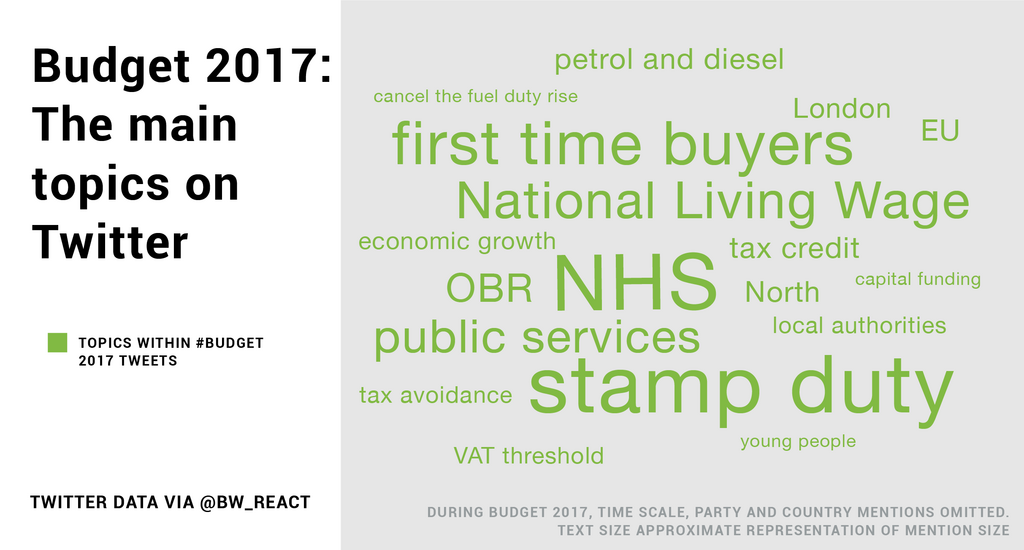 Also high on people’s Twitter-priorities list were the National Living Wage, stamp duty, public services, tax avoidance, the EU and more. Remember that these mentions were from people tweeting about the Budget as it happened, so you can expect that this conversation changes as the day goes on and analysis continues.

“But Her Emails!” Unpicking the Social Media Phenomenon That Is Hillary Clinton’s Emails

The Budget always presents different reactions depending on the listeners’ circumstances.

Luckily, we now have the ability to monitor conversation by emoji so the most dominant emotional reactions are easier to measure.

So, what was the biggest emotional response to Budget 2017? Yep, it was the eye roll. Followed by laughter at Philip Hammond’s questionable humor.