As the velocity of tweets returns to normal, we’re looking back at #Budget2015. A mammoth social event, there were over 163,000 tweets in total.

As the velocity of tweets returns to normal, we’re looking back at #Budget2015. A mammoth social event, there were over 163,000 tweets in total.

For most of Osborne’s speech, tweets exceeded 1,000 per minute. Just as he finished speaking, the they were at 2,500. Overall the social reaction was 60% negative to 40% positive. 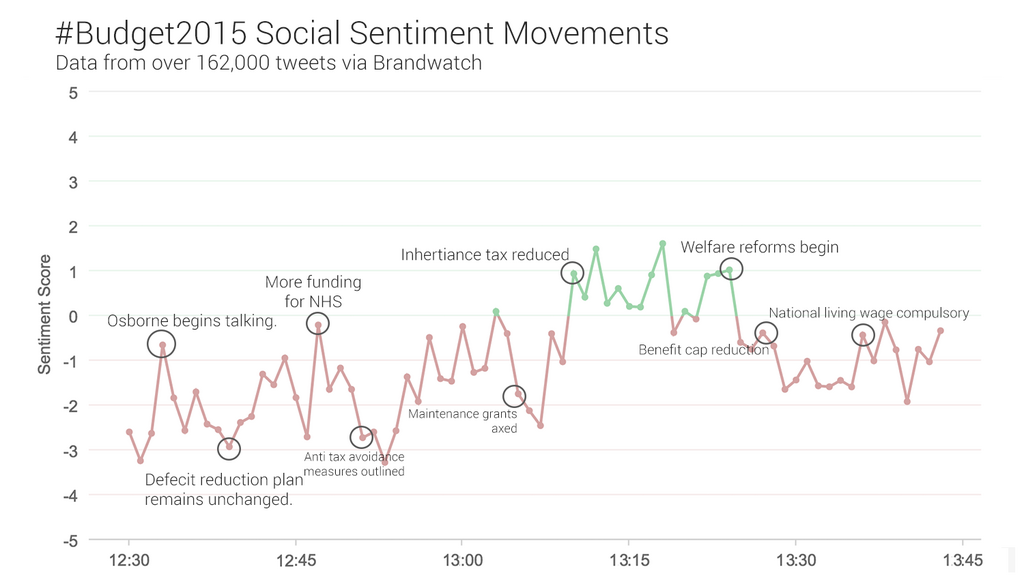 The most talked about policy was the reform the student maintenance payments, with 10,317 tweets. Living wage currently has only been tweeted about 8,712 times, but it’s sure to be the biggest policy at the end of the day. 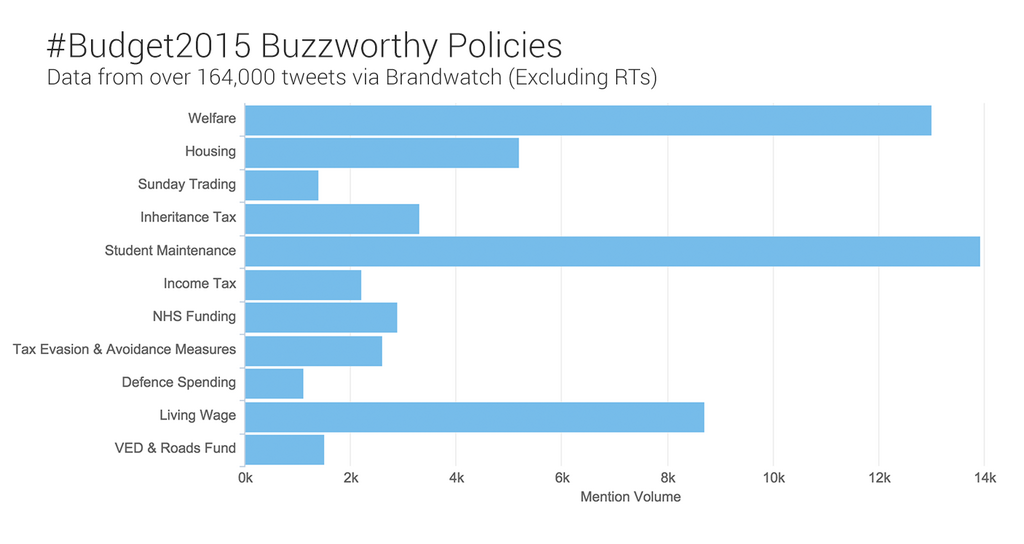 Even though these were not well-liked by social media, they did not finish in last place. Tax Avoidance measures garnered a 89% negative response (due to people’s inability to take them seriously). Student Maintenance was 86% negative. 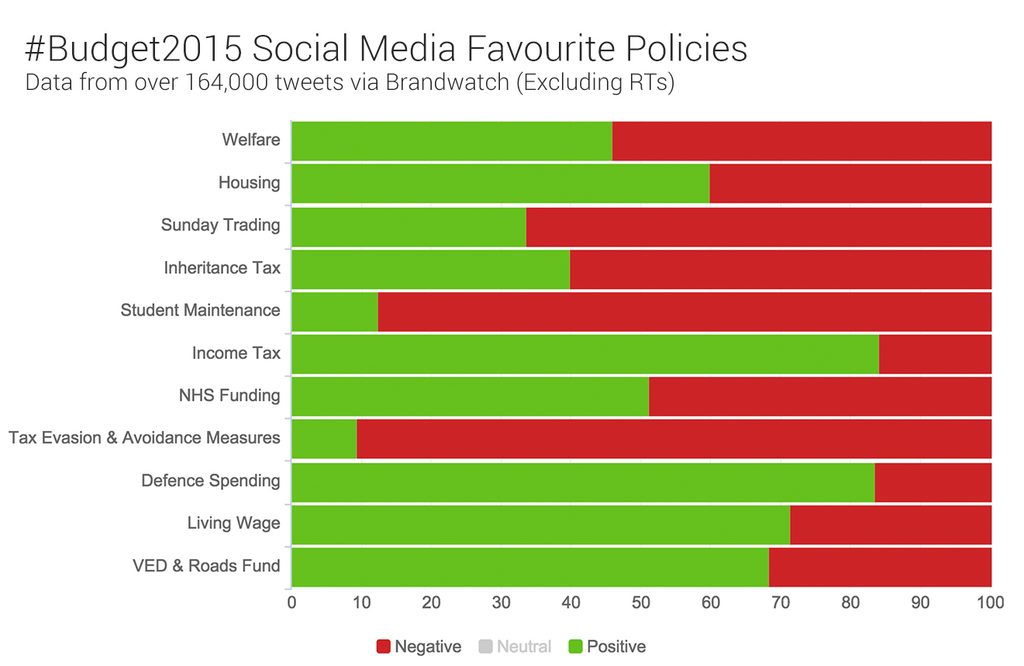 The most positive was the pledge of defence spending (83% positive), with the living wage (71% positive) in second place. .

Osborne didn’t crack as many jokes as last time. He did, however, cause a spike of tweets when asking the SNP “you’ve got the power – what are you going to do with it?”

There was no ‘golden’ social moment, but we’ve still looked for the common words and themes in people’s tweets. Interestingly, the word ‘fuck’ was mentioned 4x more than the words ‘stable’ or ‘stability’. 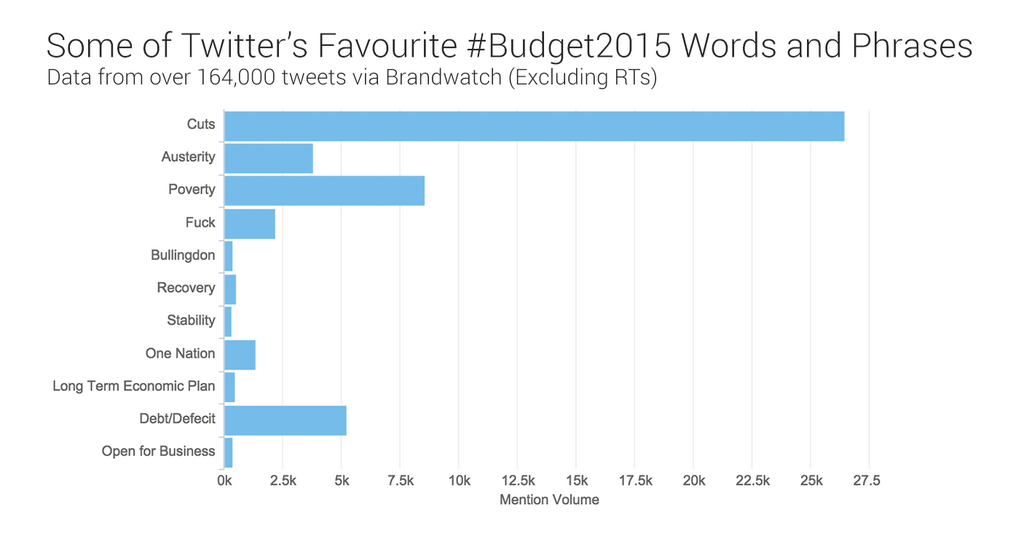 There’s nothing like following along live with a hotly-discussed hashtag. If you weren’t watching the event on Twitter, here’s a handy recap of the biggest tweets of the day.

Bold move from George Osborne to use actual peasant blood on the new #budget2015 pic.twitter.com/XOVEEqmlkO

And, for a serious recap…

This is all you really need to know: