Every year, about 800,000 people attempt to give up smoking in the UK. Listening to Twitter teaches us how to increase the success rate.

Every year, around 800,000 people attempt to give up smoking via the UK’s NHS Stop Smoking service.

It’s estimated that just 15% will remain smoke-free after one year. Unlike in the tobacco industry’s heyday, it’s not improper information or coercive advertising that’s making people light up.

Tobacco manufacturers have had tons of advertising and communications regulations heaped on them over the past century. From 1965 onwards, cigarette advertisements were banned from airing on television. 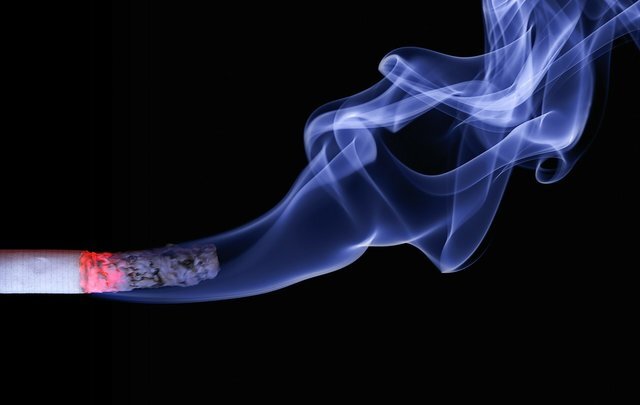 Social media, too, has a heavy hand of regulation when it comes to advertising. Even though tobacco companies are barred from advertising to children, a 2014 study by the University of St Louis found 10% of children had viewed tobacco advertisements via Facebook or MySpace.

Non-profits use social media as an incredibly cheap, fast and effective way of reaching millions of people.

Even though the Ice Bucket Challenge raised $100 million over three months, non-profits that don’t present a call-to-action often find more success in the social sphere. While propagation of a message is their primary goal, social media users can contribute to their cause without much effort at all.

There are hundreds of national and regional stop-smoking Twitter accounts and Facebook pages. They share tips and services which can help people kick the habit for good.

Social intelligence offers a precise analysis of people’s behavior, offering a cutting-edge strategy for these organizations.

A burning desire in Arkansas

We’ve analyzed hundreds of thousands of Tweets which contain some variation of the phrase “I want/need a smoke”, or “I’m quitting smoking.”

From our sample, we’ve that scaled up and mapped the frequency of these phrases in social posts across the US. 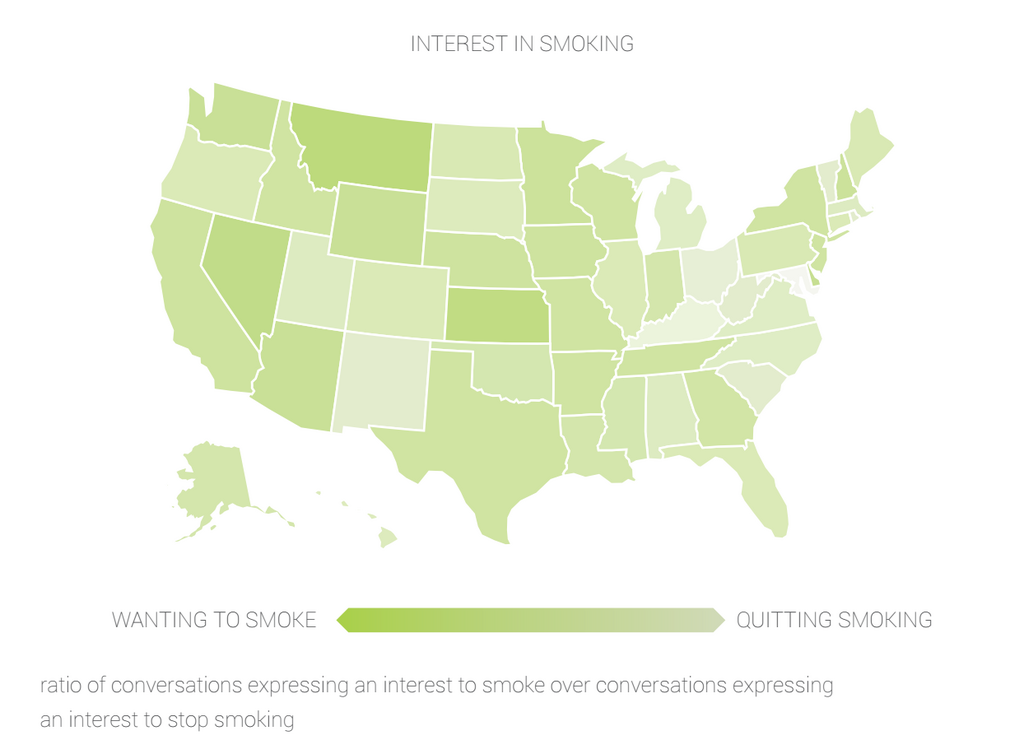 It’s the residents of Kansas that crave a smoke most. It’s not surprising that there was uproar after a proposed cigarette tax hike earlier this year.

The political capital of the world, Washington DC, has the most people Tweeting and posting on Facebook their intention to quit.

Non-profits could use this kind of data to focus their data locally. Unseen here – but available to us – is the ability to drill down to a city to or town level.

Using technology such as geo-tagged maps, organizations could potentially direct consumers with cravings to their nearest nicotine patch retailer, vapez-r-us hut, or simply remind them to stay strong.

Let it be known that our analysis doesn’t differentiate between tobacco and other substances.

For the most part, the volume of posts is predictable: a rise mid-morning before crescendoing to a peak at midnight. People Tweet more on weekends than during the week.

Looking at such specific phrases as “I want/need a smoke”, the posting habits are different. 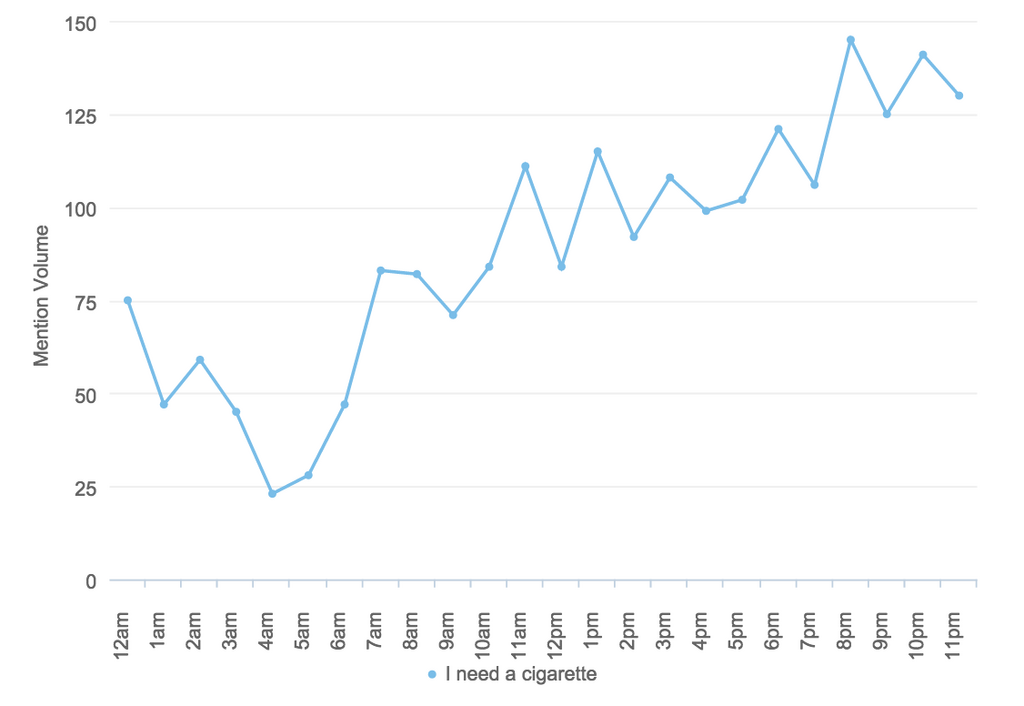 Here, we see the post-work period presents two peaks for craving a cigarette: 8pm (after dinner), and 10pm (before bed).

On weekends, people don’t Tweet about wanting to have a cigarette as much. Tuesday, apparently, brings the most cravings. 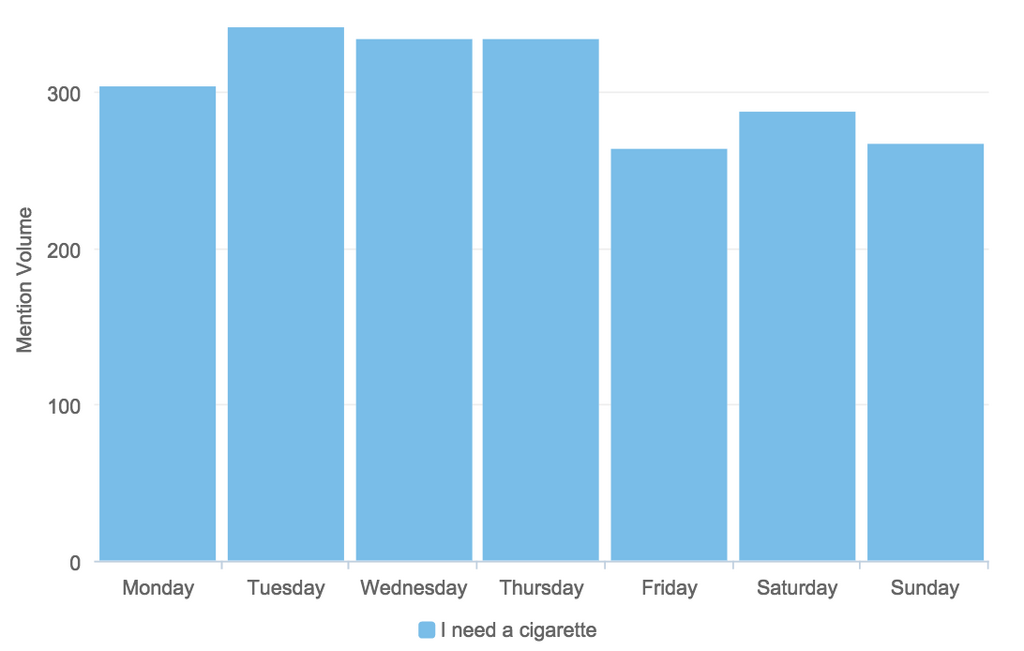 Countries, lists and your followers are usually the criteria services like ManageFlitter or Tweriod.

Our analysis looked at genuine desire, not just social stats.

With such specific insight into the hours people crave a having cigarette, the insights for stop-smoking non-profits goes far beyond ‘this is the best time of day to Tweet’.

Stop-smoking non profits can use this research to know when people are most likely to relapse back to smoking. 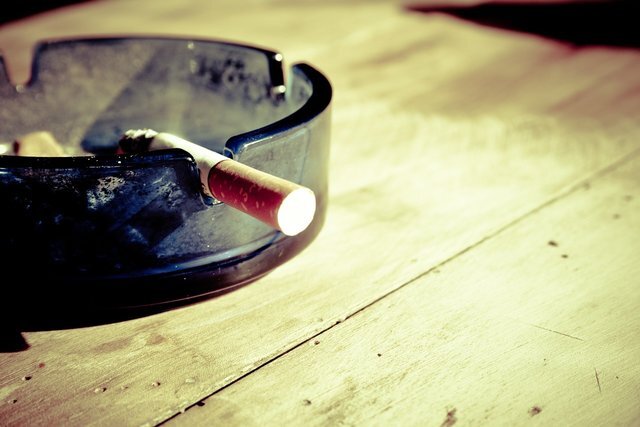 By sharing your goals on social media – whatever they might be – you’re introducing a type of accountability and support that wasn’t available to people before.

In a recent study, Joe Phua of the University of Georgia found that smokers who shared their experience on social media would have an easier time quitting.

The success rate is so high because, Phua argues, social networks “are convenient, can be accessed any time and from anywhere, and can be used to chat and meet with others who are also trying to quit.”

We’ve seen social media be a force for good, time and time again. As we near the first anniversary of the Ice Bucket Challenge, we’re left wondering – what’s next?