Where Do Your Customers Get Their News?

Is a negative story in the WSJ about you going to be read by your customers? Which news outlets should you choose to advertise with? We give you the answers

For all the talk of fake news and misinformation, the places we get our news still make up important parts of the way we see the world.

As such, it’s vital that brands know where their customers are getting their news.

Is that negative story in the Wall Street Journal going to be read by your customers? Which news outlets should you choose to advertise with? Should you get on board with this political campaign given your customers read this paper?

The Brandwatch React team has been interested in this topic for a while, and spotted a golden opportunity to try out a newer feature in Brandwatch Audiences in exploring it.

“Followers of” is one of the options to sort audiences by in the platform. It allows users to find and view people who follow a certain account. So far, so obvious.

It also allows you to look at the followers of one account who also follow another account (if you’re an Audiences customer, you can do this by searching for two sets of “followers of” under “ALL of these”).

We decided to apply this method to try to ask the question “where do people who like certain brands get their news?”. We looked specifically at followers of major fast food restaurants and clothing brands, picked at random. We also picked out six news outlets with a range of political stances to compare.

A quick note on methodology

You’ll notice when you view the charts that the New York Times and CNN make up the largest news-related chunks of each brand’s following in this study. We put this down to them having the largest followings of all the news outlets, so there’s more chance of a crossover. (The reverse is true of MSNBC, consistently the least popular – this is because it has the smallest following of all the news outlets).

The more interesting things to look at is where each news outlet stands across different brands. As you’ll see, there are some interesting differences.

We measured followings by looking at the main accounts for each brand and news outlet – we didn’t use international variations or sub-brand accounts for either. We did measure them across Twitter, though – not just focusing on the US. 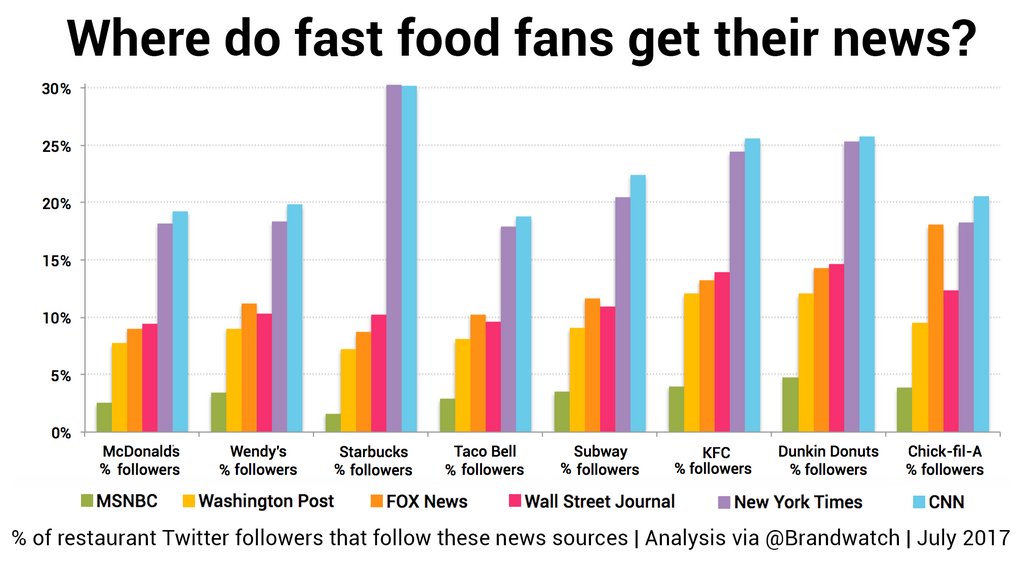 Five key takeaways from the data: 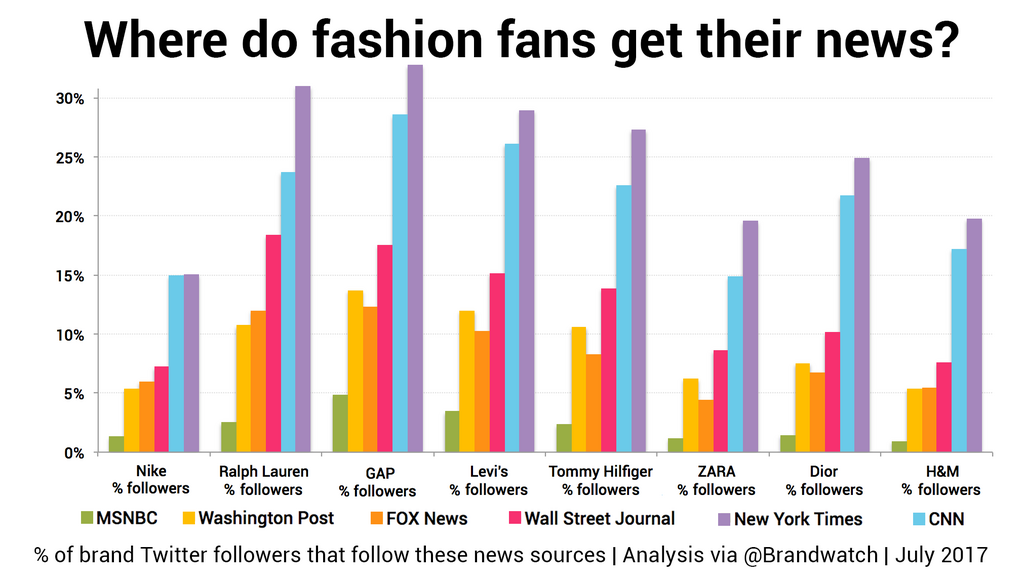 Five key takeaways from the data:

We’re written a series of posts based on analysis using Brandwatch Audiences. Here are a few of our favorite: