The Brandwatch React team delves into the numbers on America's 45th President. From wives to the actual size of his hands, experience Trump in numbers.

You’ve read the headlines. Now experience the man in numbers:

Our US Elections data viz was tracking the Presidential race months before it was reduced to two candidates. You can find it here, or check out our new “TrumpWatch” viz which is live now.

We monitored how Donald Trump’s tweets affected community sentiment towards the company (and others) for CNBC.

Trump’s tweets have the ability to send stock prices crashing.

That’s just below average, in case you were wondering. You can measure your hand against Trump’s by clicking here.

The number of seasons of The Apprentice Donald Trump hosted

The series’ most recent season, debuting in January 2017, is hosted by Arnold Schwarzenegger.

We were up late monitoring Election Day tweets, capturing the Trump victory in social data. 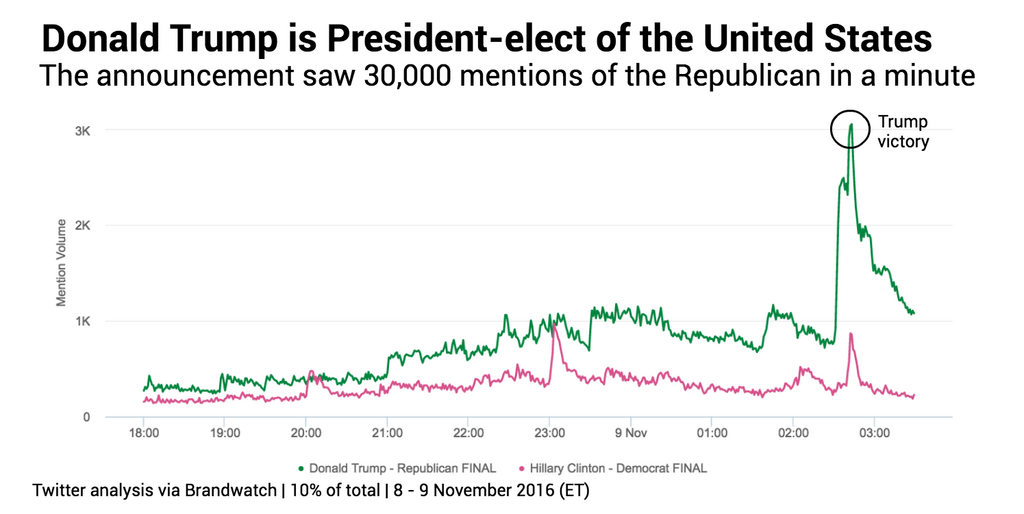 (According to Forbes estimate at the time of writing).

(According to USA Today in a data viz at the time of writing). Check out the full visualization to see the break down. 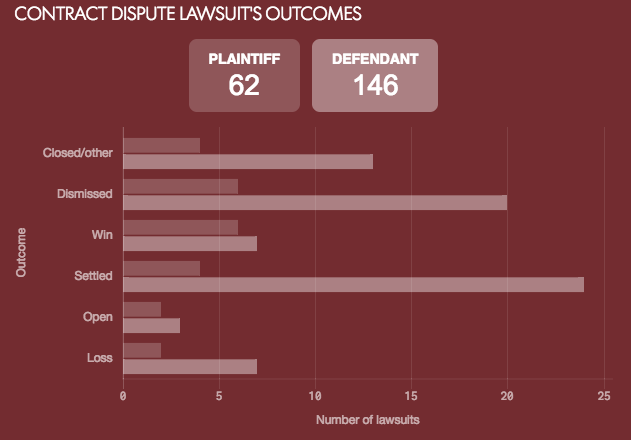 Donald Trump’s Twitter following at the time of writing

The new President also has a Brandwatch Audiences influence score of 95, making his account one of the most influential on Twitter. 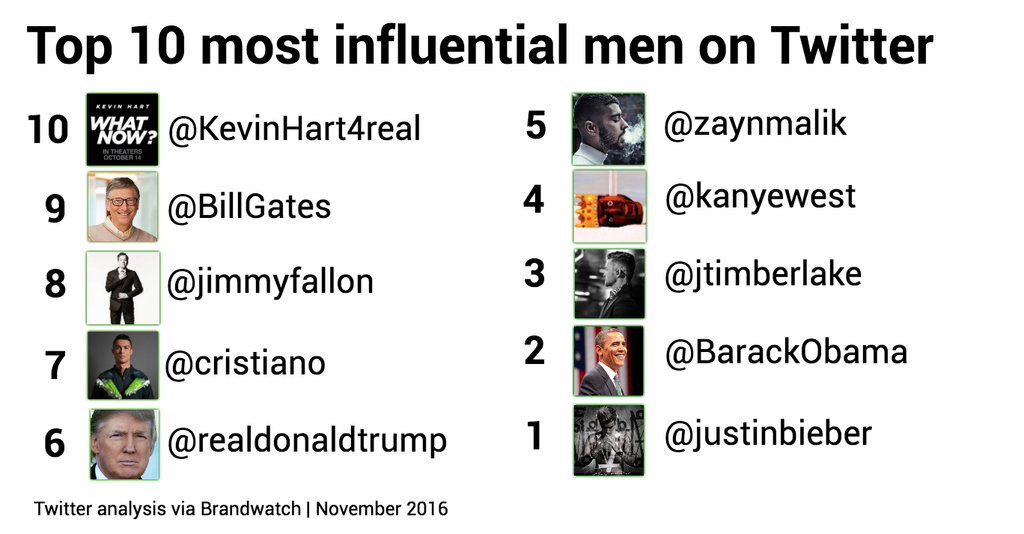 Audiences determines an influence score by looking at a number of factors from follower to following ratio, ability to generate engagement and the number of influential people they interact with.

Justin Bieber, Jennifer Lopez and Barack Obama are still more influential according to our methodology, though we predict that this could change as Trump continues to use the platform to make important and unpredictable announcements and comments.

The number of women who have married Donald Trump

The average amount of time it took for Trump to find a new target to insult on Twitter during his Presidential campaign.

This is an estimate made by Fortune based on a New York Times visualization of the people, places and things Trump had insulted between June 2015 and December 2016.

So much data to come

Stay tuned to Brandwatch React to hear them first.