React: “I’m in Love with My Uber Driver” and Other Rideshare Stories

The proliferation of rideshare companies like Uber have been accompanied by a car load of social buzz.

We decided to take a look at the data surrounding the people driving ridesharing forward (literally).

Looking at rideshare competitors Uber and Lyft, we analyzed over 23k tweets including “My (Uber/Lyft) driver” throughout the month of May.

We found some crackers.

We compared the number of mentions of Uber and Lyft drivers throughout May on Twitter, excluding retweets. Of course, mentions don’t necessarily mean endorsements (tweeters could be complaining about their driver), but Uber drivers are certainly owning the share of voice on Twitter. 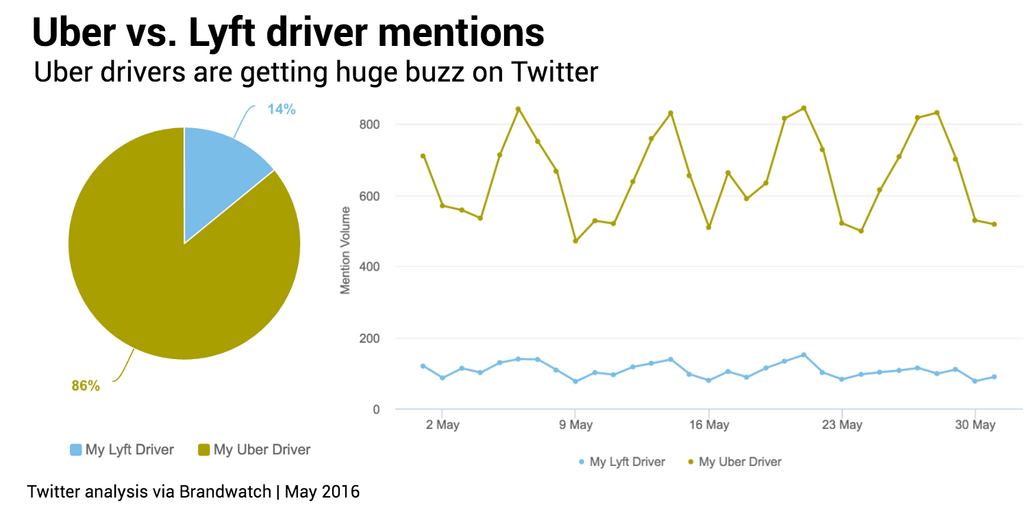 The geo-tagged mentions map also helps to demonstrate the difference in tweeting patterns in the US when it comes to the two companies. 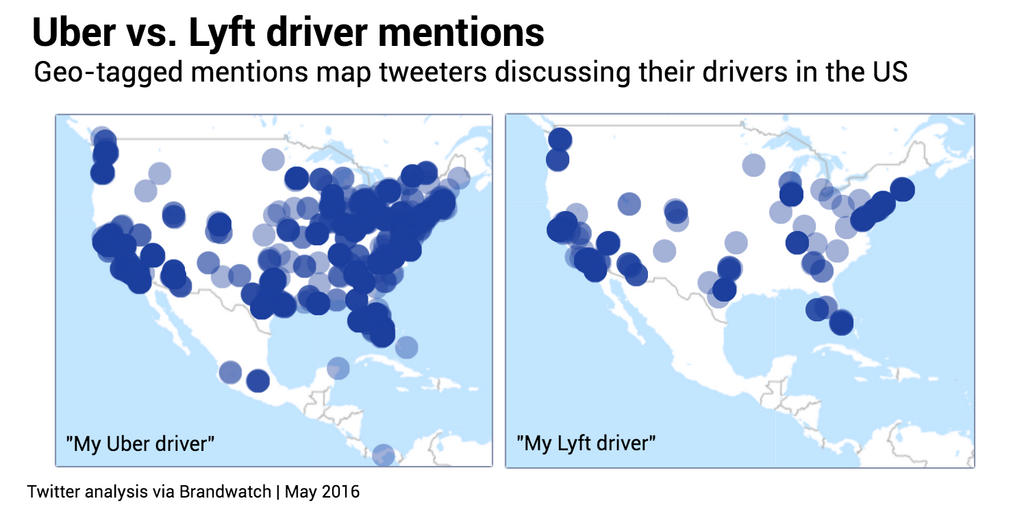 Both companies got the most mentions at the weekends, while Tuesday is also a pretty popular day for talking about your driver. 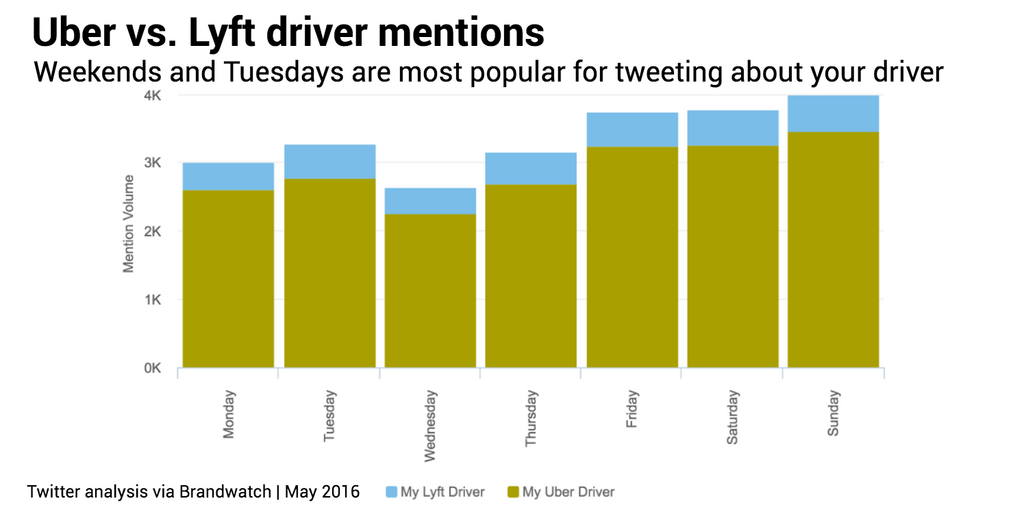 “My Lyft driver is playing Nickelback”

Of all the topics we looked at, music played a huge part. Between both firms we found 1,749 music related mentions, with 1,449 of those related to Uber. That means 7% of all driver mentions are related to music and it’s obviously an important factor in a journey for tweeters.

Here are a couple of the top shared tweets.

my uber driver just asked for arabic music since he used to work in Saudi. it’s lit fam. ?? pic.twitter.com/jvAxAa1YsL

Not all music is appreciated and Lyft even came to the rescue of this poor tweeter.

@hellostaceyjean Oh no! Your poor ears. You gotta get out of the ride. pic.twitter.com/ibMztZqygA

Time to learn to drive?

Everyone’s got the right to talk about their driver on the internet (although sometimes it can be a little cruel). Some people do it far more than others, though.

We found people tweeting up to ten times a month about their Uber/Lyft drivers and the things they say, do and wear.

“I’m a vegan, but you know I do eat chicken sometimes.”

-my uber driver this morning

Ok so you’re not vegan

Rideshare drivers don’t always get great press but we decided to take a look at the positive mentions.

From great acts of kindness to turning the music up, some drivers know how to make their customers happy.

My Uber driver is an absolute legend today. Uber drivers are our everyday superheroes ????

My Uber driver last night, Testai, in Leeds, was amazing – he found and returned my lost phone. Legend @UberUK

Shoutout to my Uber driver Christian-Valentin for being a legend. And he had sweets.

I LOVE MY UBER DRIVER

I love my @lyft driver because his name is Friday and he hasn’t tried to make any awkward small talk with me. It’s the dream, really.

How often do you tweet about your rideshare drivers?