Eurovision 2018 Data: Everything You Could Possibly Want to Know

The Brandwatch React team stay up past bed time to cover social media reactions to the Eurovision Song Contest. Who will get the most mentions? Which emojis will get used most? Find out here.

It’s not often that I volunteer to work Saturday night, but I couldn’t resist bringing the Eurovision 2018 data to the people. The data they deserve.

We’ve been live tweeting all evening with the stats as the competition went on, and in this post we have a full run-down of the biggest data points.

The React team is stocked up with popcorn and chips getting ready to dish out all the musical data on tonights #Eurovision Song Contest. Prepare for fireworks, flag emojis, crazy outfits and some Vizia-tastic data. Keep your eyes on this thread for all the latest ??? pic.twitter.com/Lu3kS7OUlF

I am full of popcorn. I am slumped in a beanbag in the Brandwatch office and it’s way past bed time. This post may contain typos. Deal with it.

Here’s all the data you could possibly want on Eurovision 2018:

The methodology was simple. We searched for Eurovision and related phrases and hashtags across public social media posts online.

We searched within English language conversations. All of these results are measured from the beginning of the Eurovision broadcast to the end of the final song (Italy) unless stated otherwise.

Here are the moments that caused the biggest mention spikes along the way:

9.20pm – Denmark’s performance (14,857 mentions)  : People were comparing the performers to characters in Game of Thrones

Overall, the top-mentioned countries competing in Eurovision were thus:

That said, the countries who caused the biggest mention spikes during air time weren’t necessarily the top mentioned overall.

Hungary, Moldova and the UK had the biggest mention spikes and the numbers are impressive – each saw more that 2.5k posts in a single minute. 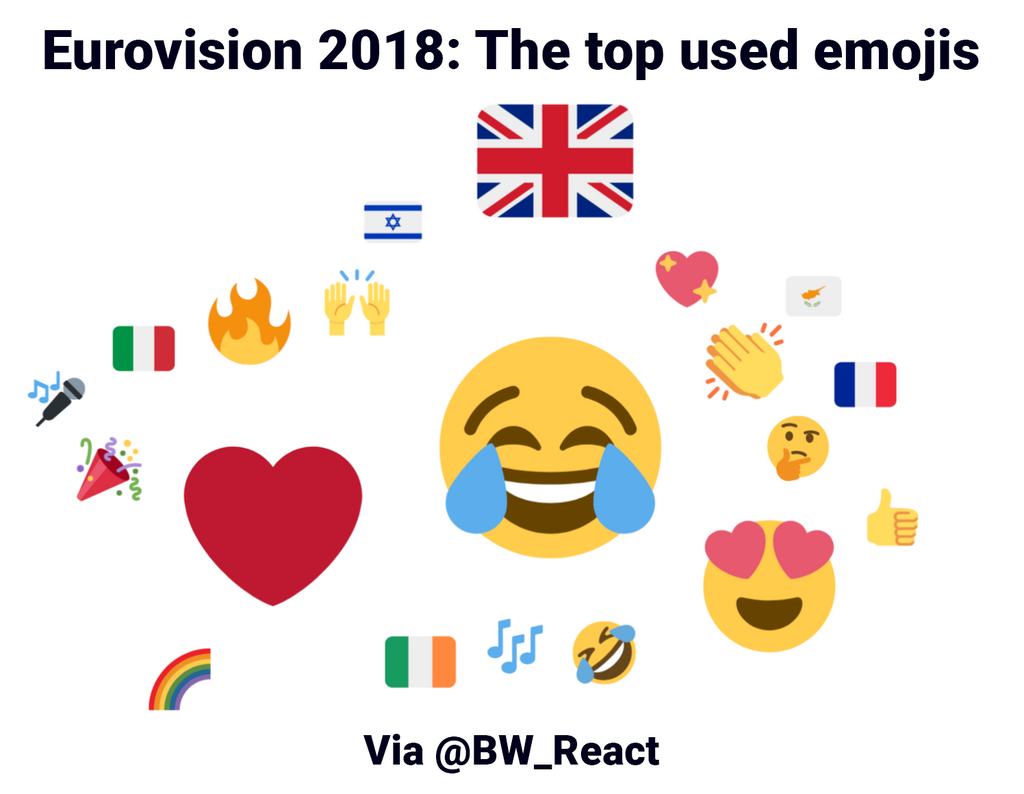 And no serious analysis of Eurovision would be complete without a look at the incredible commentator Graham Norton’s performance.

His jokes are always a hit, but his comment about the Spanish couple did particularly well this year. 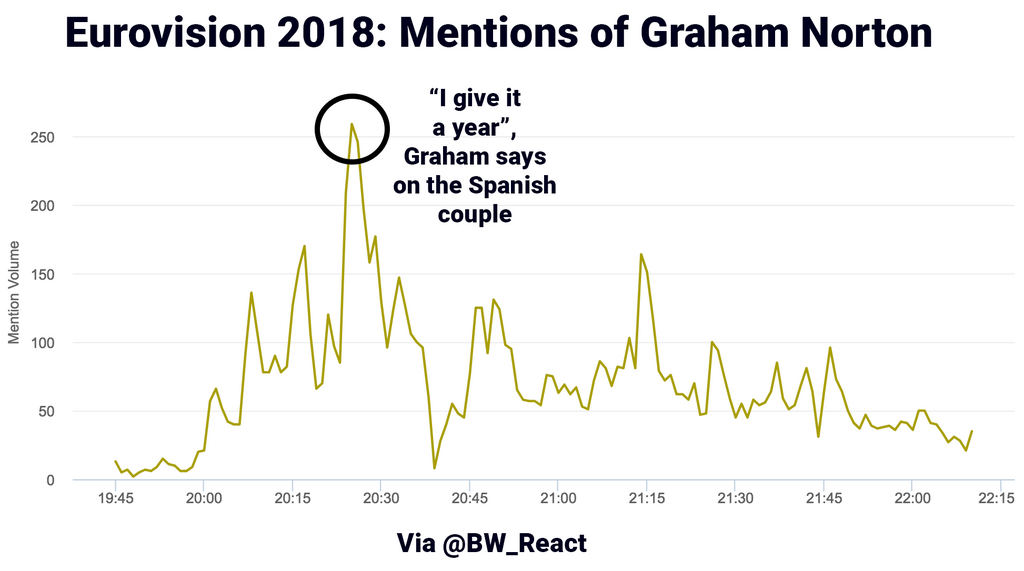 That’s it for our Eurovision coverage tonight, although if you’d like some more up to date post-point awarding data we can sort you out.

Email us at [email protected] for more information.

Bring your social and marketing insights to life across your organization.