How Newspapers Thrive or Flop Online in 6 Charts

Print isn’t dead. Quote-spouting social gurus will prophesies that news of the future (and present) will never grace a printed page. They’ll tell you news will only come in 140-character news bytes or beamed directly into our headsets through fascinating on-the-ground live streams.

Newspapers, though facing a sharp decline in readership, aren’t dead. Circulations have been in decline a while, but the most recent statistics show signs of leveling out.

Though, now, no newspaper only has the single responsibility of getting an edition to press every day. Running a newspaper means running a website, social media, aggregation relationships and a whole hosts of other online channels to distribute your journalists’ work.

The landscape has changed, and it’s not a requirement to run your Facebook, Twitter and Pinterest accounts to a high standard to keep a print publication afloat. But, social and print aren’t mutually exclusive – they’ve become inseparably intertwined, and both benefit from the existence of each other.

It’s easy to assume radio and TV would take up the lions’ share of social media users’ attention.

That’s not the case. Print media account for 61% of all conversation about traditional media industries. The tweetsphere as a whole isn’t talking about the BBC Ones and Sky News of the world – it’s talking about The Telegraphs and The Independents. 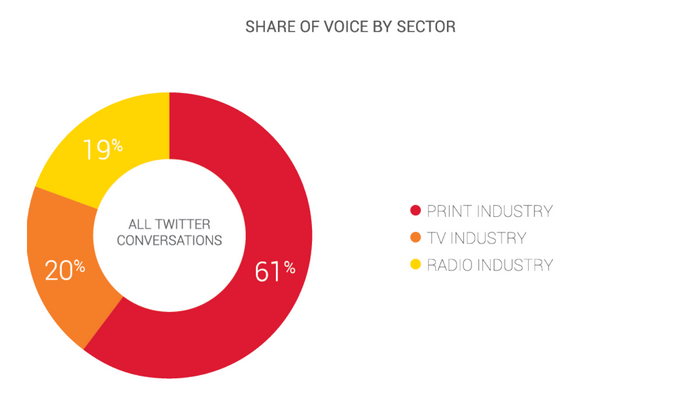 Some newspapers make a far bigger impact online than office – hence the evolving definition of a ‘newspaper’.

The Sun, for example, had the largest circulation in the UK. Online, however, it sits in seventh place for share of voice.

People talk about and share The Guardian’s content almost four times more than The Sun, despite it having a far smaller circulation. 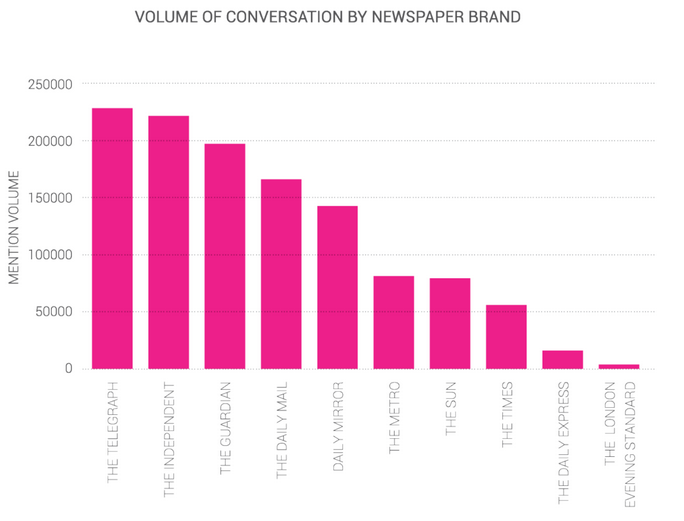 We found that newspapers’ audiences engage with different topics in different ways.

Money, banking and finance is discussed much on Twitter – people debating, sharing insights and contributing to the conversation.

It accounts for 80% of the engagement with the topic. Politics is similar, being many debate and discussion. Entertainment, however, is mainly retweeted – stories are shared, not discussed. 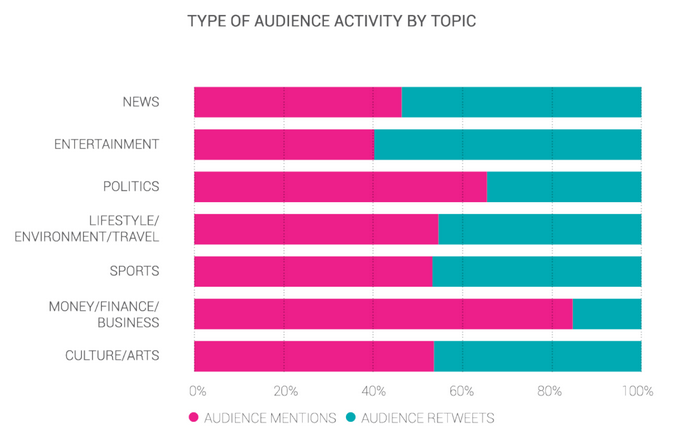 4. The Sun does care about you…

Mostly, it’s a constant stream of articles without much engagement with the community. The Sun, however, talks to people the most, with an average of three replies per day. 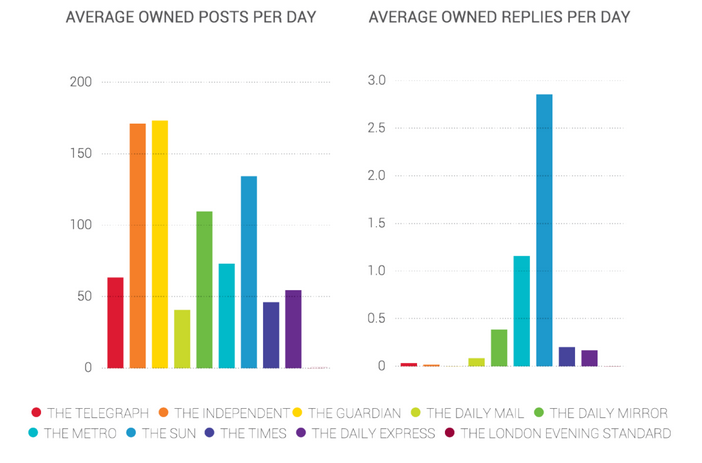 5. …and you’re the star of the The Independent.

While they don’t reply to users much, The Independent engages with them in a different way.

By retweeting hundreds of people a day, The Independent stream looks vastly different to its competitors. It’s full of readers, not journalists. 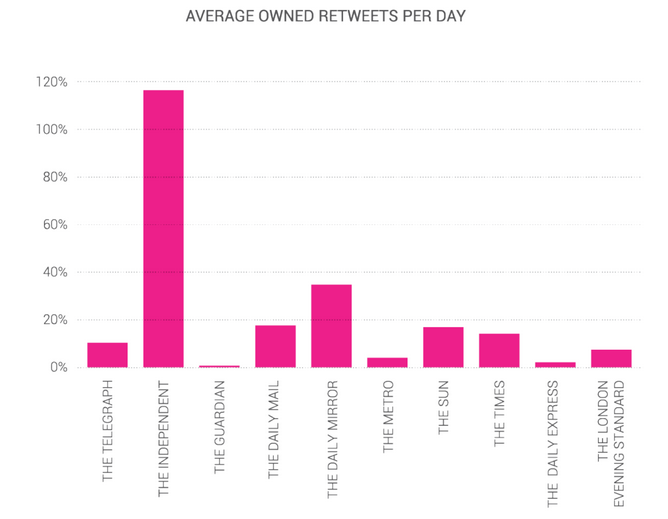 6. They know when you’re online.

This one’s a little eerie. Of course, it’s best practice to monitor when your users are online, but the correlation here is so spot-on it’s worrying.

We monitored 10 newspaper and thousands of posts, and the ‘pre-lunchtime hump’ stays true for publishers and audiences. 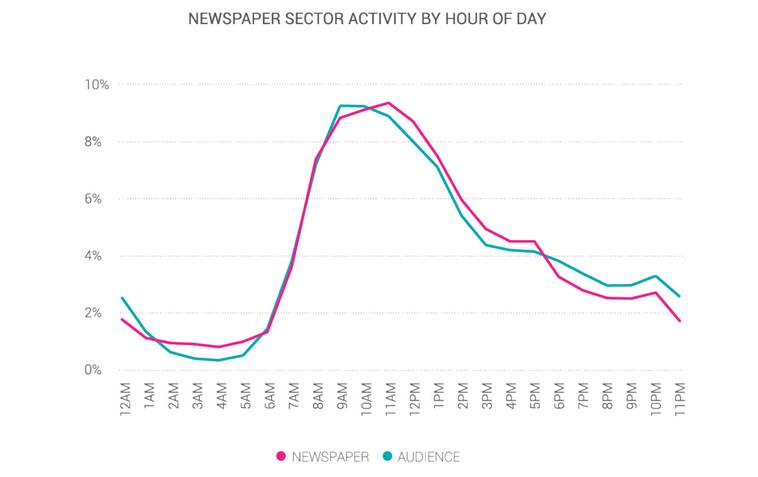