Research: We Know Exactly How You Like Your Eggs in the Morning

Ever wondered how everyone else likes their eggs in the morning? We found out by ranking the most popular eggs on social media.

There aren’t many things as pleasing as an egg, at least to this writer. The gentle undulation of a pile of hot, creamy scrambled eggs.

The knifing open of a perfect poached egg atop a soft, white english muffin, yolk spilling down the sides and pooling onto the plate. The simple pleasure of dipping toasted soldiers into a well-salted soft-boiled egg.

However we like our eggs – sunny-side up or over-easy, hard-boiled and mashed onto sourdough, fried in oil until the edges turn lacy and crisp – we turn to Twitter and Facebook to post about them.

An egg enjoyed for breakfast lends itself well to being photographed and posted on Instagram, and they are, in the thousands.

We can’t get enough of them.

There’s an age-old argument, at least in this office, as to what the best breakfast egg is.

Wars have been fought (they haven’t) over whether the perfect egg comes royale, or benedict.

Physical fist-fights have broken out in the Brandwatch kitchen (they haven’t) over whether it’s acceptable to scramble eggs in the microwave. Spoiler; it’s fine.

In order to settle the row for once and for all we decided to use the power at our disposal – Brandwatch Analytics – to find out how the world likes their eggs in the morning.

Boiled or fried? With steak or with bacon? Is egg with avocado toast still the breakfast du jour? There was only one way to find out.

The most popular egg on social media

We set up a Query to search on Twitter and Facebook for the Big Four: boiled (including soft- and hard-boiled, ‘dippy’, and eggs and soldiers), fried (including sunny-side up and over-easy), poached (including all mentions of eggs benedict, royale and florentine), and scrambled.

We searched from May – August, to give us a few months of data to play with.

Despite living in a more health conscious society than ever before, and some of the most-shared links on social being paleo and gluten-free breakfasts, our favorite egg is the humble fried – hitting almost 40k mentions in the months we analyzed.

The versatility of a fried egg – pop it in a bagel, on top of toast, with a crispy hash – means it’s the most frequently spoken about choice, despite being arguably the most unhealthy. 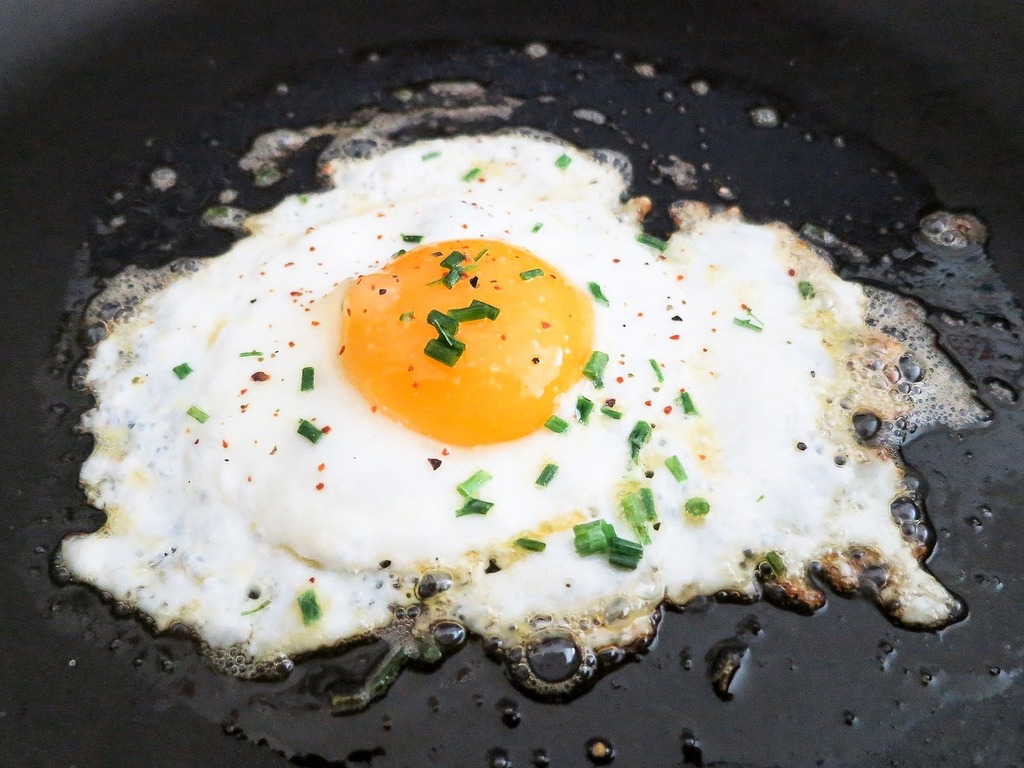 It’s all about the timing

When breaking down the data by time-of-day and time-of-week, we can get inside the heads of the egg-eating public.

The data shows people rising early are most likely to choose poached, scrambled or boiled eggs, but late risers prefer the option to have theirs fried.

It also shows how poached eggs are pretty much the king of breakfasts, but are mentioned far less than than the others at dinner time.

When we look at the kinds of eggs we enjoy throughout the week, we see that on average, poached eggs are not a mid-week choice.

But then as soon as the weekend hits, mentions almost double – we’re a world of weekend poachers. We prefer to take our time when enjoying a poached egg. It’s not something to rush.

On the other hand, boiled eggs are certainly more of a midweek option.

Could it be that we start the week on a health-kick and see the boiled egg as the leanest option?

Perhaps so. They’re certainly not something we opt for on a Saturday or Sunday morning.

We also searched for what people talk about having their eggs with. 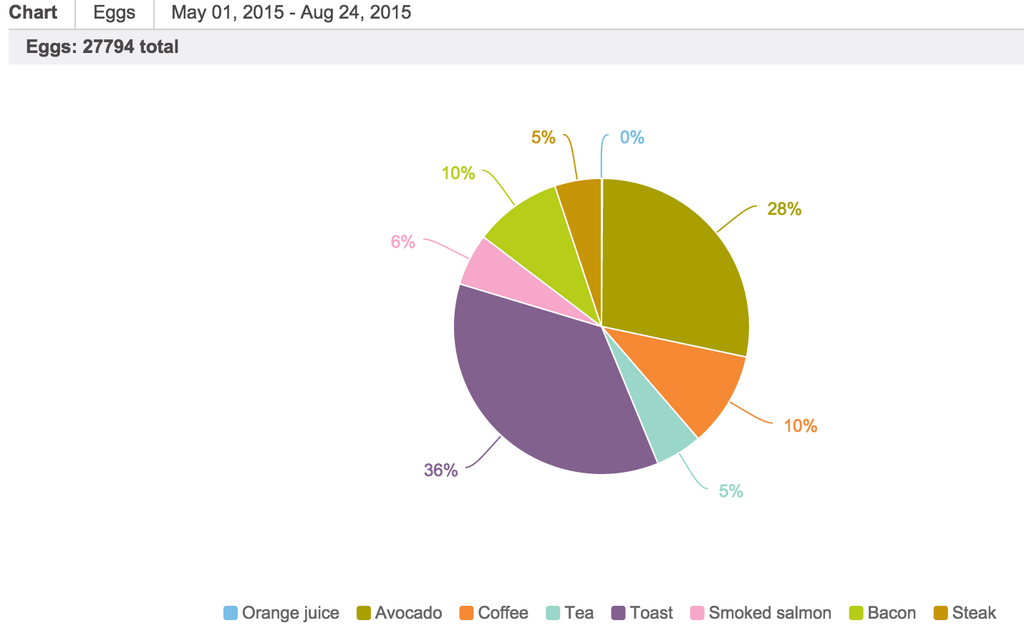 The most popular choice is, perhaps unsurprisingly, toast at 36% of all mentions.

Carbs are a perfect bed-fellow for every type of egg.

Avocado is still a popular choice, too, although we’re least likely to enjoy them with scrambled eggs.

Is the avocado hype coming to an end?

Avocado toast has long been the Instagrammer’s choice of breakfast.

You can’t scroll through a timeline on a weekend brunch-time without encountering a plethora of photos of chunky avo, smashed with sea salt and chilli-flakes (the absolute correct method) with an egg plopped on top. 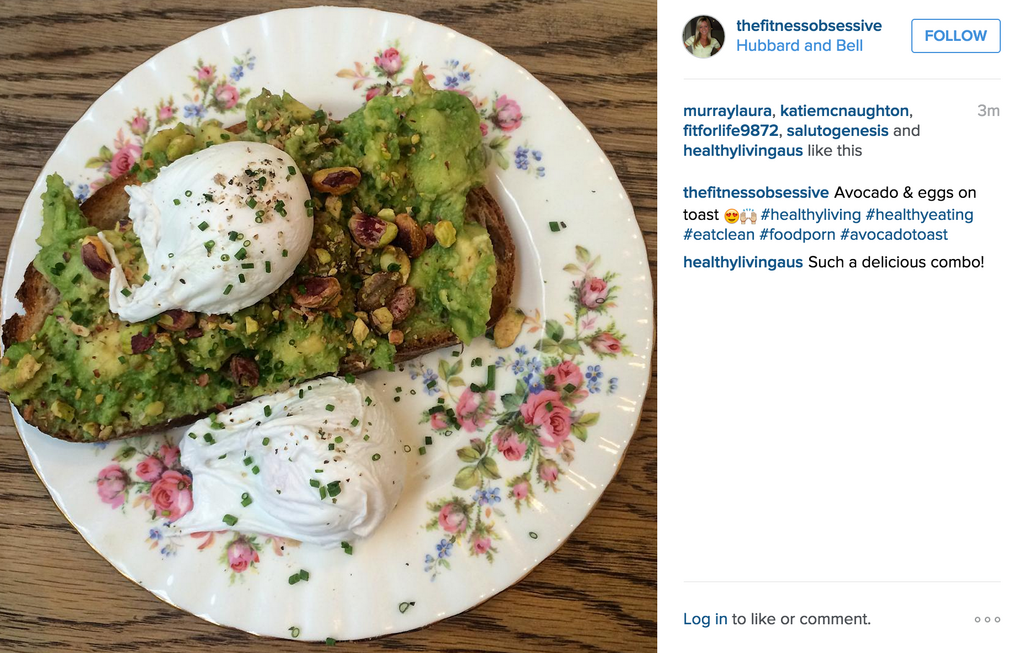 In the data we pulled, avocados were mentioned in relation to 16% of the 15,000 posts about poached eggs.

However, recently we’ve been awash with thinkpieces on whether avo-toast has heard its death knell.

But what do we actually think? Are we over it? Are we looking into a new, avo-less future?

We can see that over the early summer, mentions of eggs with avocado declined steeply, before plateauing.

We’re calling it. This is a hype tailing off.

The joy of eggs

There’s no denying that we love eggs. The top hashtags used clearly prove this, as ‘#foodporn’ was used 2,180 times.

The wholesome joy of such a cheap, readily-available ingredient is clear to see in the way we post on social.

We’re glad we managed to clear up that debate. Now, how do you like yours?