Some people celebrate the weekend by chilling out and maybe ordering pizza.

We celebrate by looking back at the week and finding the big talking points in the data.

From incredible tax haven revelations to some huge moments in nerdy pop culture, this week has had some big events on social.

Let’s jump into the data.

If you’re a fan of The Walking Dead you’ll know why this is such a big deal.

We won’t spoil anything, but whether they’ve seen the finale or not thousands of people have been talking about it.

Interestingly it didn’t drive as many mentions as Episodes 9 or 10. Perhaps the ending wasn’t quite as satisfying as watchers had hoped.

Uproar surrounding the use of tax havens to conceal large amounts of money, which has implicated big names across the world, has been raging all week.

While many of the people mentioned in the topic cloud deny involvement, here are the main talking points on social surrounding the #PanamaPapers leaks. 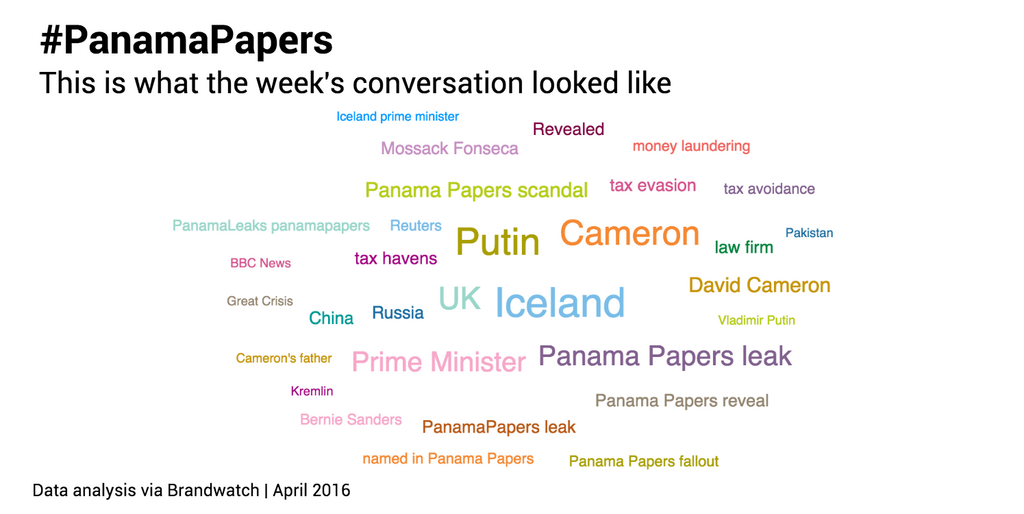 Smithers comes out of the closet

There was celebration this week over The Simpsons character Waylon Smithers coming out.

This video, coincidentally the most shared link on social surrounding the topic, explains everything:

Smithers from the Simpsons is being acknowledged as a gay man after 27 years in the closethttps://t.co/djhJAxmRgL

#waylonsmithers made 4million impressions this week as the news was shared.

Monday’s March Madness conclusion was a game certainly worthy of its championship title.

The day of the national championship game and the ensuing reaction the day after account for around 150,000 mentions of the term “March Madness,” and as we can see below, there is nothing like a buzzer-beating, game-winning shot to create a conversation spike.

After Kris Jenkins made his three pointer as time expired, mentions soared to nearly 6,900 in one minute. 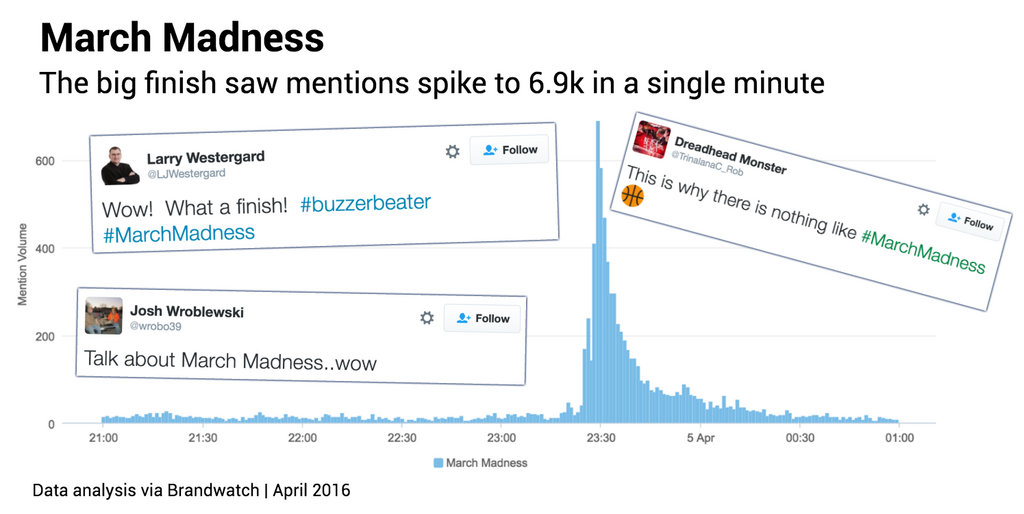 Released on the 7th of April, the Rogue One: A Star Wars Story trailer hit social in a big way.

The movie, which will come out in December will continue to cause waves if The Force Awakens data is anything to go by. 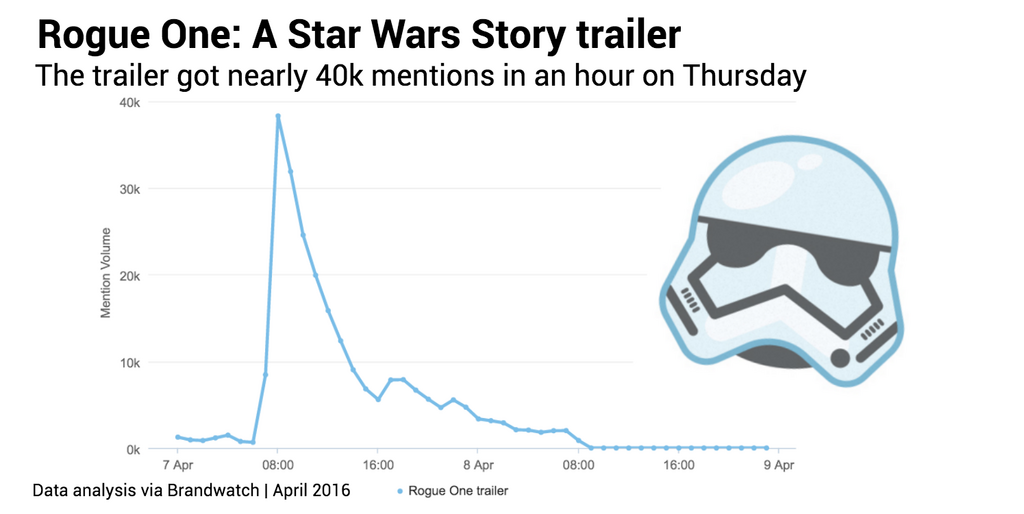 Similar to what we found with the previous film, on the day of its release males dominated online conversation surrounding the trailer. 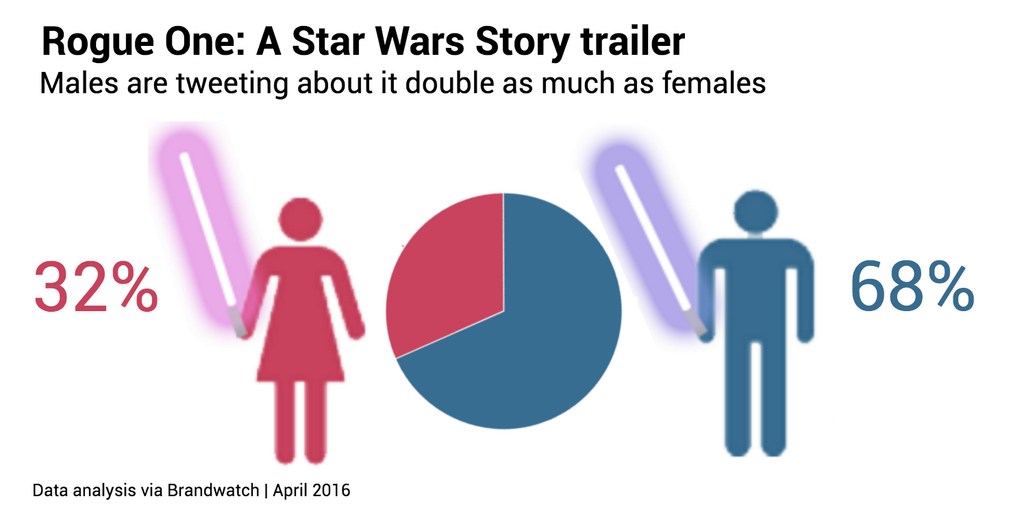 Whatever you think of the trailer, the number of retweets this got probably says something about the hype surrounding the upcoming movie.