The Brandwatch React team has all the social data you could ever want on the second Presidential debate. Find out who won on social media here.

The second Presidential debate was a vicious affair, but what did social media make of it?

Following on from leaked tapes of a vulgar discussion from 2005 in which Trump discussed kissing, groping and trying to have sex with women (claiming “when you’re a star, they let you do it. You can do anything”), Twitter was geared up to see how the Republican nominee would attempt to recover.

The revelations prompted thousands of women to share their experiences of sexual assault in response to this tweet from Kelly Oxford, with many using the hashtag #NotOK.

In the debate Trump labelled his comments “locker room” talk but not everyone was convinced by his defense.

The most tweeted about debate ever

Twitter has called it the most tweeted about debate in its 10 year history and it’s no surprise.

Looking solely at mentions of the candidates we were tracking nearly 40k tweets per minute as the debate went on.

Here are a selection of the key moments that got Twitter talking, identified by looking at the top used terms used within mention spikes. In many instances they were driven by multiple moments on social and on stage. 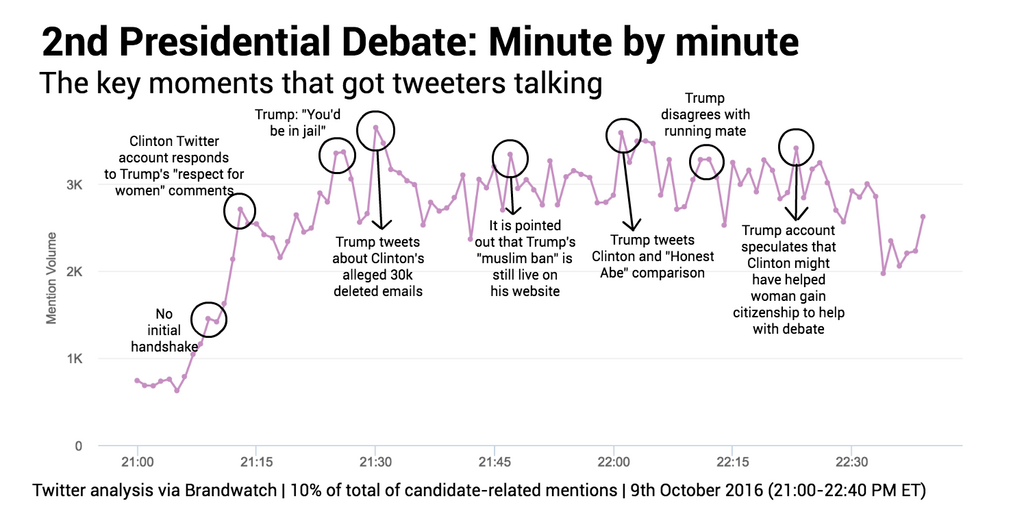 Mention volume wise it was Mr. Trump once again who got the most, appearing in around 64% of the overall candidate-related mentions.

It was only briefly at the beginning that Clinton had a lead on him for a couple of minutes. 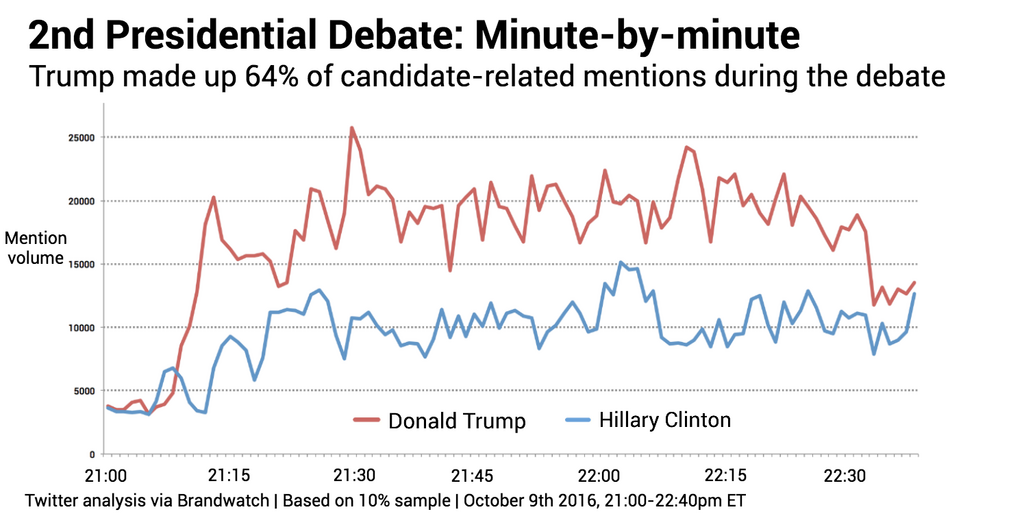 This isn’t just a case of a small group of shouty people talking about Trump – the numbers were remarkably similar when we looked at mentions by unique authors during the debate (with Trump dropping one percentage point in share of voice compared to Clinton).

This debate, we found that within gender-categorized accounts women were tweeting around 9% more than men (54% female, 46% male). 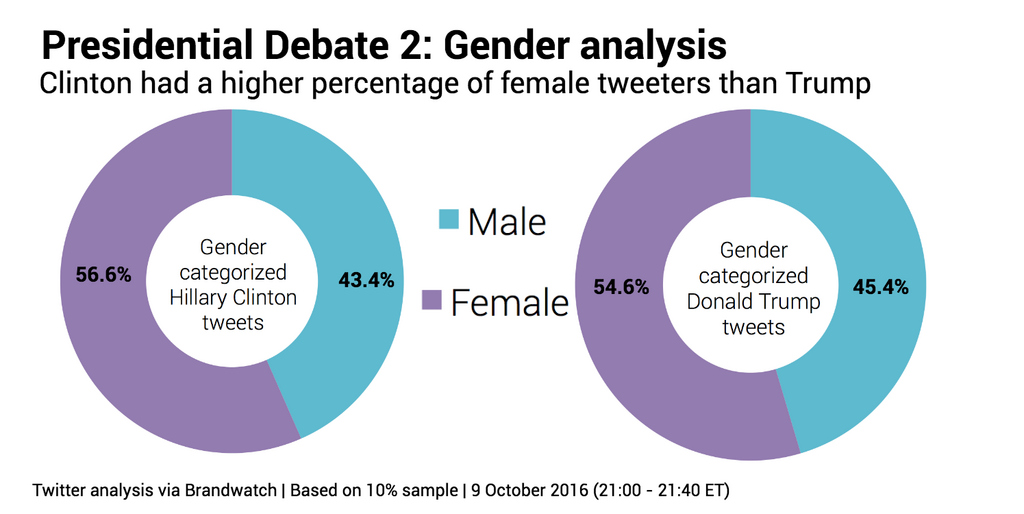 Overall, while Trump was the most talked about candidate for both genders, Clinton had the highest percentage of female tweeters.

Who won the second Presidential debate?

While Trump got a whole lot of mentions, they weren’t all good.

Clinton consistently got a higher net sentiment score (calculated here by analyzing language in tweets to determine whether they are most likely positive, negative or neutral. It’s by no means a perfect measure but can offer some insight into the feeling surrounding candidates). 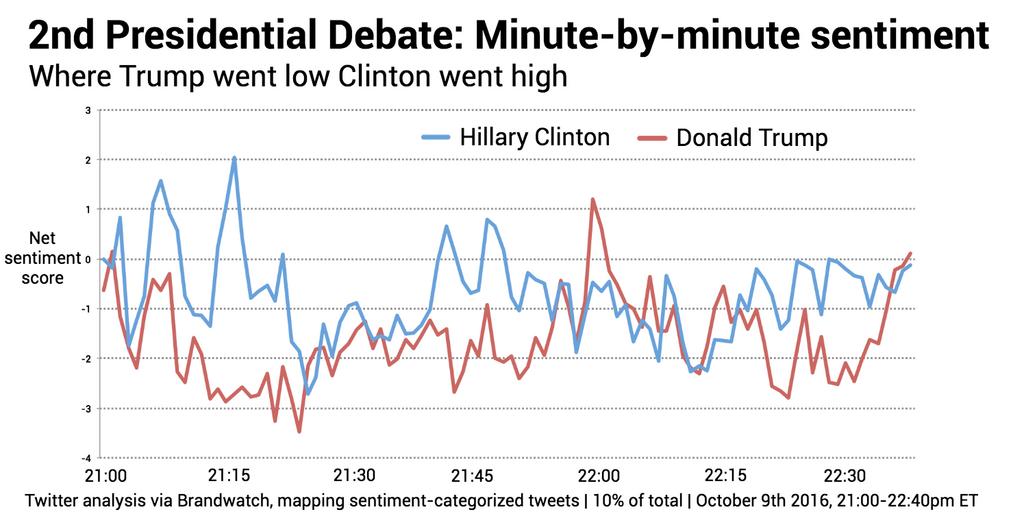 Clinton was the clear winner on Twitter when it came to sentiment analysis.

With the third debate just around the corner and less than a month to go before election day, things remain incredibly close.