We live in a world where anything can be turned into a money making opportunity.

Giving people a lift to work, helping someone out with their shopping, potato salad … the list goes on.

Many people are turning to freelancing as a way of life, and there are plenty of opportunities out there. We decided to go looking for them.

Analyzing thousands of posts between April and May, we took a look at what tweeters claim they’d be happy to pay money for.

From assassinations to massages, here is what we found.

Tweeters are a demanding bunch, and while lots of “I’d pay for” tweets are about very specific needs we were sure we’d find some predictable ones too.

Here are some of the most popular things that people are talking about paying for (whether that’s for extras, add-ons or the thing itself). 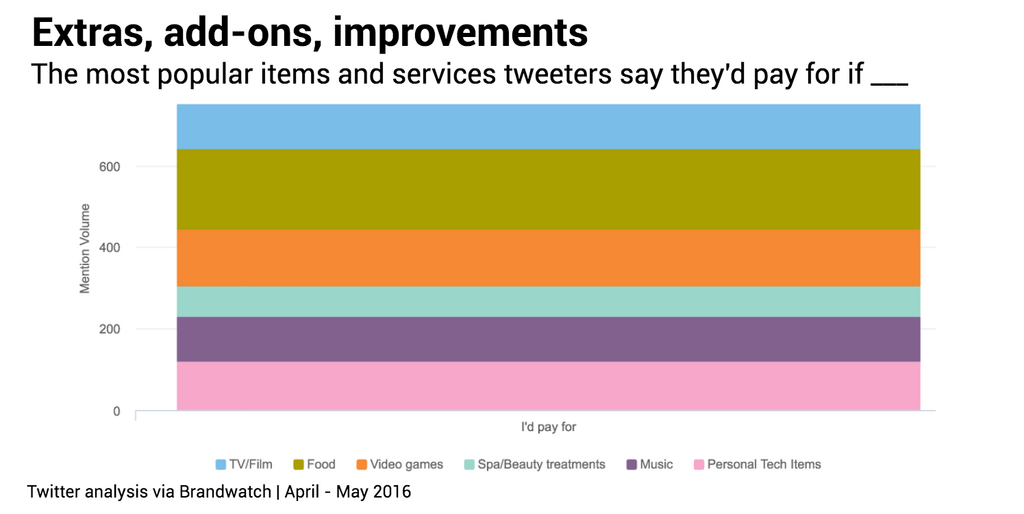 Among those were some sensible suggestions for big brands, tips for customer service and a whole lot of silly ideas.

I’d pay extra for Game of Thrones episodes with the Bram scenes edited out.

I’d pay double for a massage if they let me fall asleep on the table for as long as I wanted.

Looking at geo-tagged mentions from the US and the UK we found some fairly niche desires. 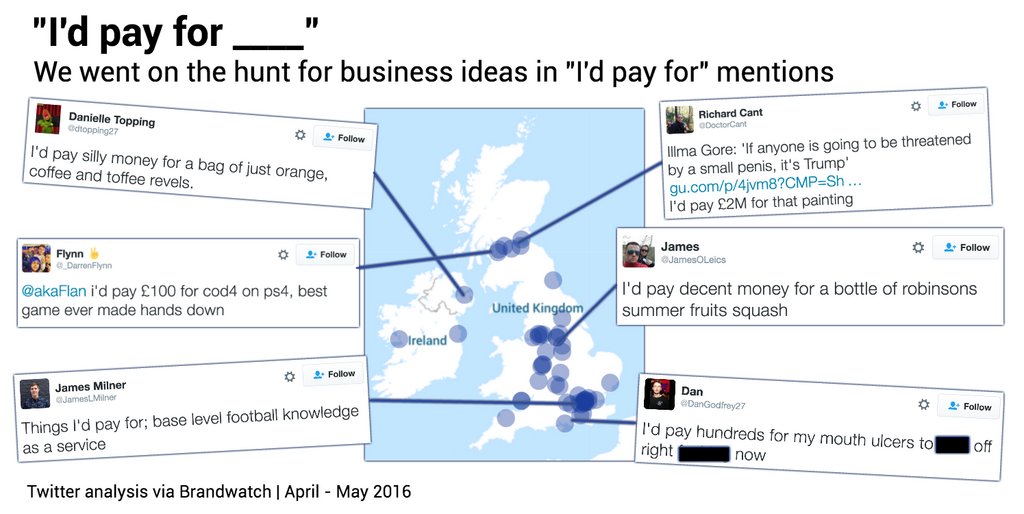 I want it now

We found over a hundred instances of people offering to pay for something “right now” and the nature of the requests were many and varying.

I’d pay lots of $$ for someone to come organize my new closet right now?

Paying extra for convenience is not a problem in some people’s eyes.

There are some seriously demanding people on Twitter. Here are a few crackers for you:

I’d pay good money for a *baby experience* vacation where someone carries me around, rocks me to sleep, and feeds me whenever I want! lol

I’d pay so much money for a subway scented candle

I’d pay so much money for someone else to sit this exam for me tomorrow?

We hope you spotted your next business opportunity among these.