Stranger Things 2 hit our screens on Friday, plunging thousands into a spooky weekend of binge-watching the show.

WHO ELSE ISNT GOING OUT THIS FRIDAY BECAUSE THEY ARE BINGE WATCHING STRANGER THINGS?

As is tradition with shows that we love, the Brandwatch React team collected social media data on the show over the weekend.

Specifically, we searched for tweeted mentions of the show, looking within that conversation for mentions of characters and episodes and more.

Spoiler note: We won’t go into detail on any of the show’s events so if you’ve not reached the end yet you’re safe to read this post! We will point out specific characters and episodes that get big mentions, but won’t go further.

We tracked mentions of the five main characters between August 1st and October 15th to see which character tweeters were most excited to see. It turns out Will Byers is the biggest hype generator, with Eleven coming in second.

Netflix has been plugging Will’s role in the latest season a lot on Twitter. And if you’ve seen any of the episodes, you’ll know why.

Will is not alone. pic.twitter.com/kp1YmEZgU1 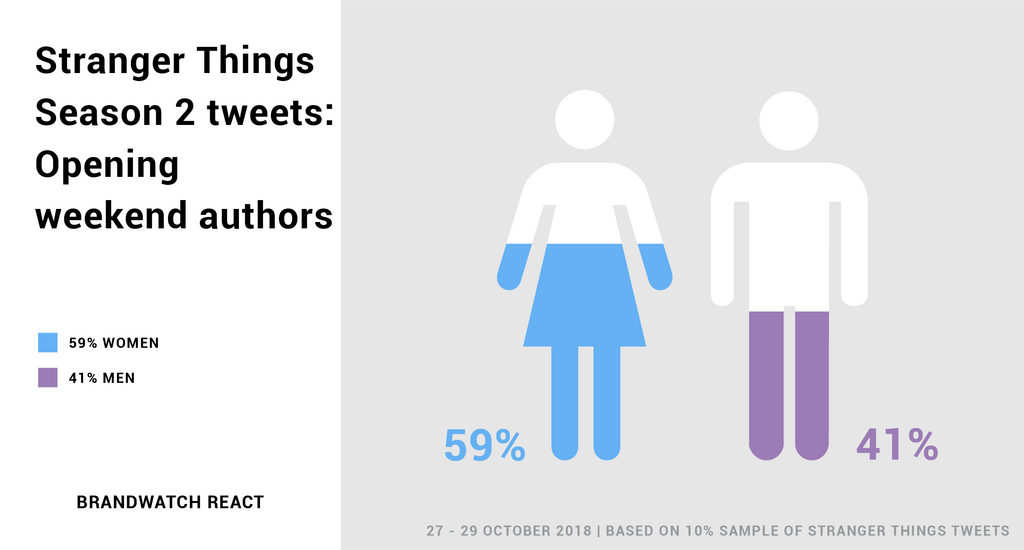 Predictably, people have jumped straight into the new season and attempted to binge all of the episodes over the course of the weekend.

We mapped out mentions of the show by the hour over the weekend, seeing a spike of around 20,000 tweets in an hour at between 2-3am ET on Friday morning as people began to watch.

Using Brandwatch Quick Search, we searched within those mentions to see how many of those mentioned the words “binge” or “binging” etc. The results are below.

Our data shows that plenty of people have made it to the final episode already.

While the majority of episode-related hype is for the first episode, you’ll see that episodes seven and eight made up the second largest chunks.

The smallest portion of episode-related tweets went to episode nine – that either means it’s a fairly tame ending or most people haven’t made it that far yet.

For the sake of my own entertainment, having only made it to episode six, I hope it’s the latter. 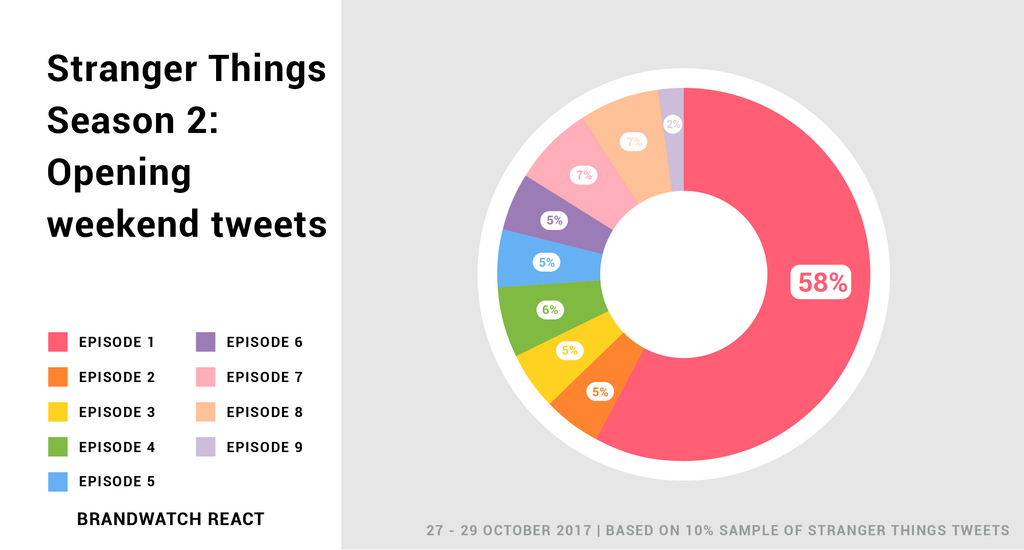 eSports Data: Analyzing The Huge Industry That Some People Have Never Heard Of

Everyone loves the Stranger Things kids, and each of the main characters scored an impressive number of tweets during the opening weekend. 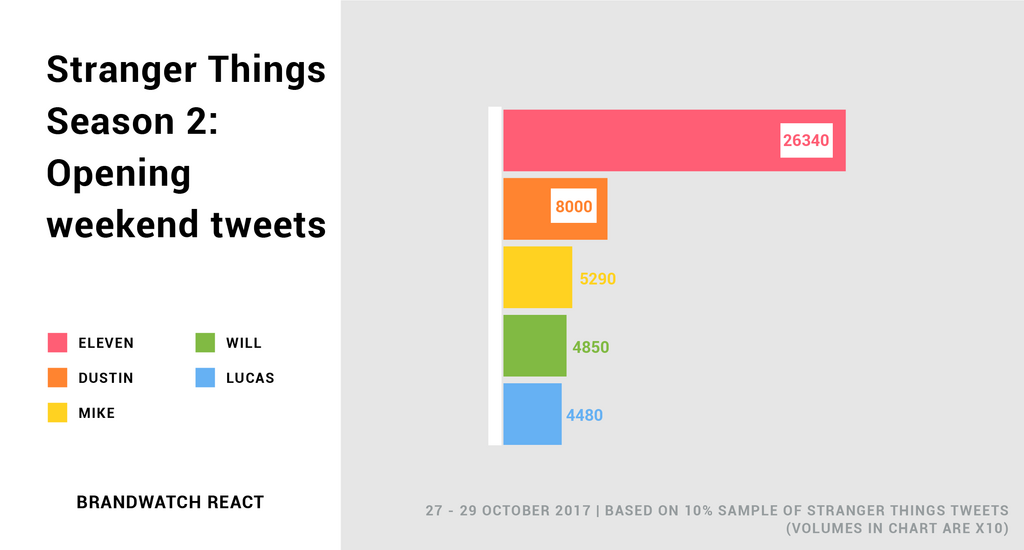 Eleven’s popularity might be surprising, though not if you look at how many retweets this has had.

this guy cosplaying as Eleven from Stranger Things just made my entire day pic.twitter.com/Emtxh9Wkx4

While Lucas is the least mentioned of the main characters, he had the highest percentage of positive tweets in which he was mentioned, suggesting that while the other characters get the most mentions he is the true favorite.