React: Taking a Look at Who’s All the Rage at London Fashion Week

London has been taken over.

It’s London Fashion Week, and every trendsetter who’s worth their weight in geometric-print chiffon has buried their Maria Tash be-pierced nose into Twitter.

This is where the highest echelon of fashion royalty unveil their new collections. There’s already been numerous superstar sightings, a handful of scandals and boundary-pushing outfits.

More than any other international counterpart, London Fashion Week is known for fearless fashion. And these shows don’t run cheap. 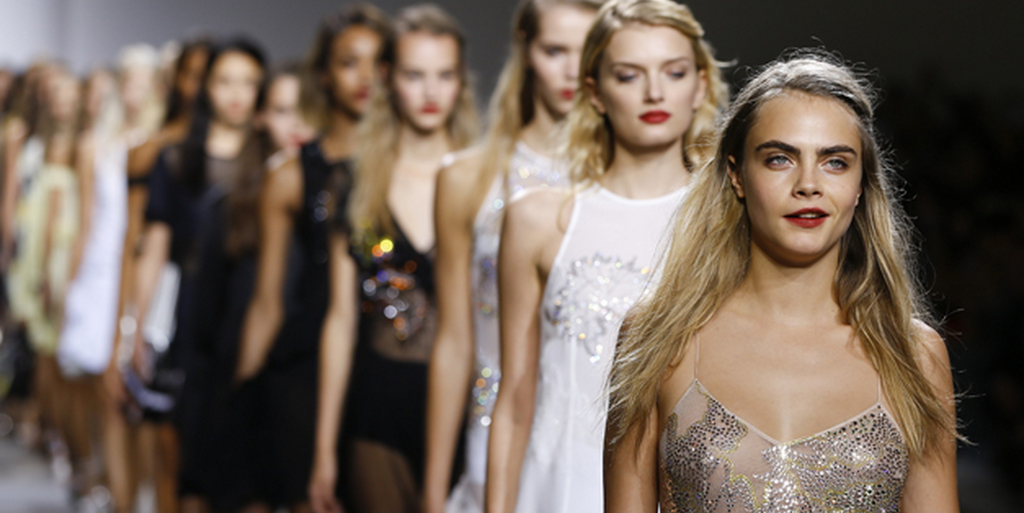 Reportedly, many fashions shows during the week can run up to $200,000.

As we know, some of them have cost millions – lest we forget Louis Vuitton’s A/W12 show, which included a train costing $8 million.

Brands pay thousands in sponsorship money to organizers in the hope of gaining valuable column inches – and now – Instagram pixels. Marks and Spencer, for example, have been sponsoring shows, spending hundreds of thousands of pounds since 1993.

But is all this sponsorship really worth it?

We’ve been monitoring the the conversation around London Fashion Week, looking particularly at the hashtags #LFW and #LondonFashionWeek.

Over the weekend, we’ve already tracked over 70,000 tweets.

A month before the event even started, the event was gaining almost 1,000 mentions a month.

Almost a quarter of these tweets mentions the official London Fashion Week account, making it the most mentioned tweeter of the event so far. Shelling out hundreds of thousands of pounds to sponsor a catwalk and dozen of designers, Topshop slides into third place. It’s the most mentioned brand of the entire week.

Label M and Burberry also placed highly, due to a well strategized mix of paid for and organic social campaigning.

The only individual designer to make the top-10 list is Julien MacDonald, who has received 423 tweets.

Authors and their twitter handles often don’t give a good indication of what’s buzzing on the first, second and *dry heave* third rows.

Using our platform, we’ve identified mentions of all the sponsors organically. As we know roughly 96% of these mentions won’t be an @-mention. In order, the sponsors who have seen the largest number of namesdrops are: Topshop, Sunglass Hut and Toni&Guy.

We’ve already seen how Topshop has leveraged their sponsorship to be the talk of the town. As a premiere sponsor of London Fashion week, Sunglass Hut has run several events, drawing a lot of attention due to an appearance by Drew Barrymore.

Toni&Guy, meanwhile, are celebrating 10 years of being an official sponsor of the show.

As exciting as we find measuring a social ROI, all the thousands of the London Fashion Week attendees will care about is designers and shows, not brands.

As of today, our Twitter rankings are as follows:

Additionally, using our Demographics feature, we can see which are talked about more by men and which more by women.

Jasper Conran is the most popular designer amongst men, whilst Anya Hindmarch is women’s favorite on Twitter.

Comparatively, the London Fashion Week conversation is 70% female and 30% male, as a whole.

When the sequins settle and the translucent plastic sheets are unpinned from porcelain posteriors, all that will be left of London Fashion Week is the tweets. Also, the Buzzfeed articles compiling lists from the tweets.

By studying what flew and what failed at London Fashion Week, sponsors and designer may be well prepared to engineer the next big thing at New York Fashion week in February 2016.