React: The Dogs on Social Who are More Famous Than You’ll Ever Be

Dogs aren’t just for Christmas – they’re for life, walks and for tweeting about, too.

Over a million pet owners have created dedicated pet accounts, and the term “social petworking” is taking the internet by storm.

Harnessing the power of Brandwatch, we’ve delved into the world of our furry friends, tracking mentions around the globe to discover what is it that we can’t stop barking about.

We can’t stop talking about beagles

The results are in, and the breed we talk about the most online is the beagle. 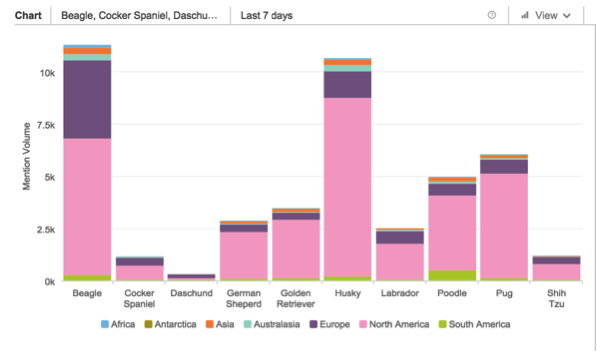 It seems the bigger breeds have stolen our hearts, with the beagle being closely followed by the Siberian husky.

The beagle is an affectionate, intelligent and reliable choice. The breed is also renowned for its mistreatment in the medical field, often being chosen for use in product testing and trials.

Petitions to halt the mistreatment of these animals still count for a large proportion of conversation, as PETA and other animal welfare corporations still push campaigns to ‘free the beagle’.

So many beagles die in shelters & labs NO EXCUSE 4 encouraging ppl 2 breed MORE. #Adopt RT if u agree! #WKCDogShow pic.twitter.com/hoxkpBtkFd

Social is also now often used to raise awareness for the prevention of danger to animals.

It’s not just cute images that are being shared. Bad news travels fast, and that’s certainly the case when users identify a threat in their local area.

Last year, in Leeds in the UK, a dog-walker found marshmallows stuffed with rat poison, ball bearings and screws littered around parks by an unknown culprit.

The story quickly spread around social media and received a huge response.

Social media now often acts as a danger alert system – with stories and information being shared on social on a daily basis, businesses incorporating social listening in their marketing efforts can utilize this and explore opportunities for advertising products that relate to these topics, or jump into the conversation offering advice or assistance. 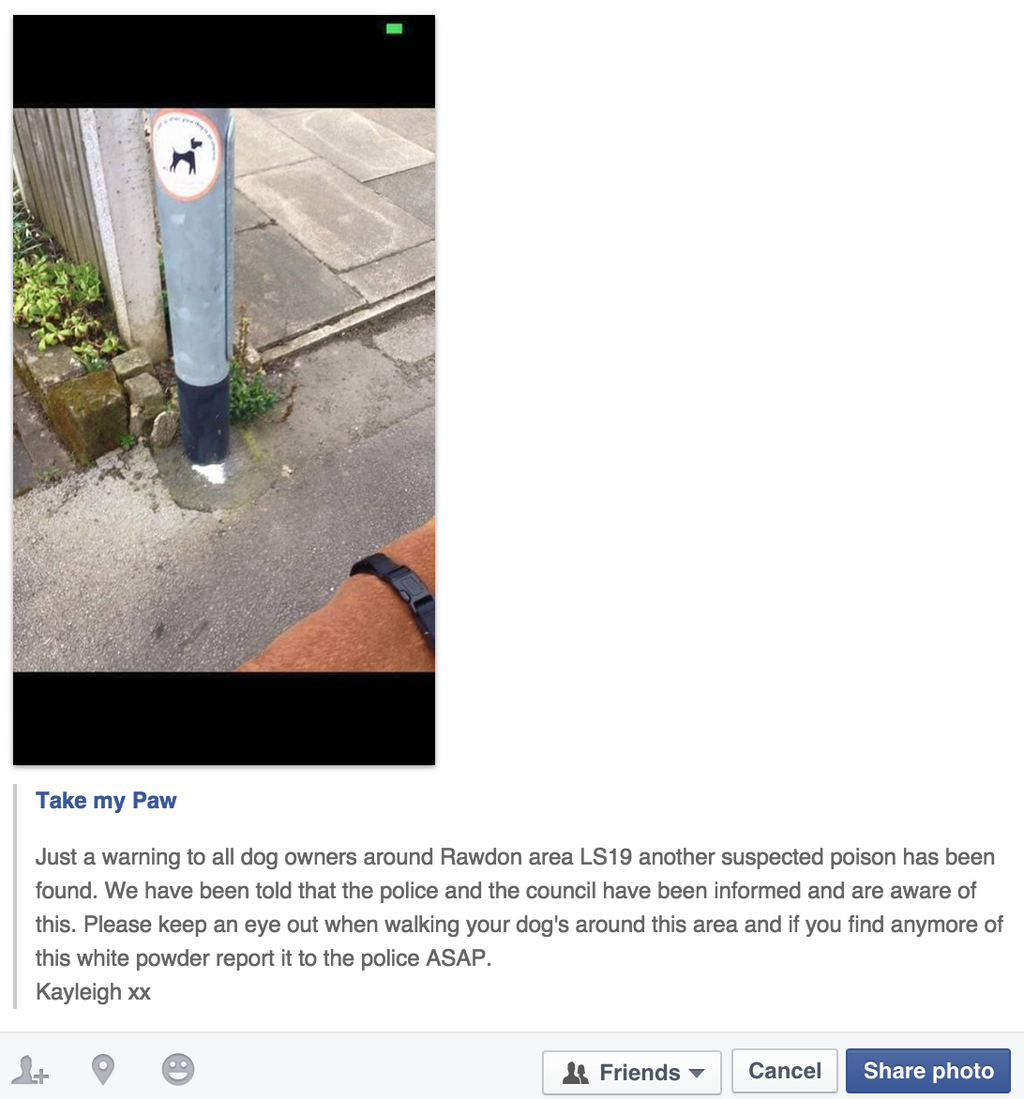 How do we choose which breeds to take home?

With the boom of the ‘handbag dog’ and the influence of A-listers being spotted with chihuahuas making a break from their Chanel bags, it seems that social influence and trends plays a large part when selecting a breed.

So, a Beethoven-sized hound or a purse-sized pooch? Does gender play a part in what size dog we’re looking for?

The data above shows the preferences of men and women when it comes to choosing a dog.

Men talk mainly about the larger breeds – the labradors and German shepherds – while women talk most about their pugs and poodles.

The pug has seen a recent explosion of popularity and pug-based merchandise is all over the web, turning this dog into a huge topic of conversation online.

Those squashed little faces are a talking point, no matter who you are.

Dogs can be social superstars, too

Some of our favorite social accounts star doggy A-listers, so which are the biggest influencers? Here are our top three.

Boo is a tiny pomeranian, famed for his teddy-bear face and being a spokes-dog for Virgin America Airlines.

After shooting to fame by a retweet from Ke$ha, Boo is now a star in his own right.

Marnie the Dog (also affectionally referred to as ‘Derp’) is the internet’s favorite odd-looking pup. With a tongue that fails to stay in place, Marnie has collected a huge following by roaming the globe, making celebrity appearances and wearing cutest of outfits. 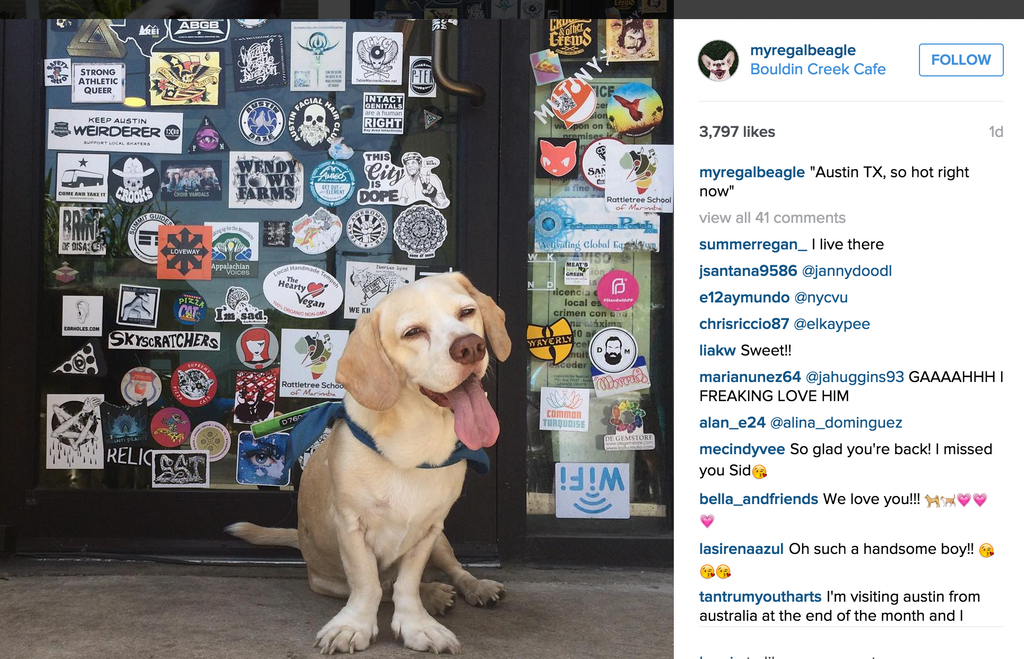 Meet Sid. Sid loves food and we love him. With bundles of energy, tens of thousands of people can’t stop tuning in to Sid’s outdoor adventures.

It turns out that we talk a lot about our pets, that there is a whole host of information online that brands and businesses could use to help them learn about our love for them, and we’ve also learned there are dogs out there that will be more famous than we’ll ever be.

Now, has everyone seen this Rosie Pig Vine?

To use these charts in your article, please contact [email protected]. Full data and methodology available.