React: The Force Awakens and Sends Twitter into Meltdown

Brandwatch tracks the four most popular Star Wars: The Force Awakens hashtags as their popularity explodes across the universe

The long wait for the hotly anticipated latest installment in the Star Wars franchise is finally over and it’s fair to say that social is beyond buzzing with excitement.

We tracked the four most popular hashtags associated with the film, #StarWars, #TheForceAwakens, #StarWarsForceAwakens and #ForceAwakens, finding that over the last week they have been mentioned over 900,000 times.

The volume of mentions, which is expected to reach the 1 million mark by the time the movie hits US screens tonight, has undoubtedly been boosted by the popularity of the custom emojis created by Twitter in partnership with Disney and Lucasfilm in a clever stunt in the run up to the movie’s release.

All aboard the hype train

The hype train, or perhaps spaceship, has definitely sped up over the last few days, with most popular hashtag #StarWars reaching an incredible 7.9 billion impressions.

The sheer volume of mentions and impressions in such a short time is impressive in itself, but the ongoing campaign has consistently attracted enormous reactions.

When we reported on Star Wars hype surrounding the trailer in October, Star Wars mentions were registering at 19,000 in a single minute and over 72,000 in an hour. 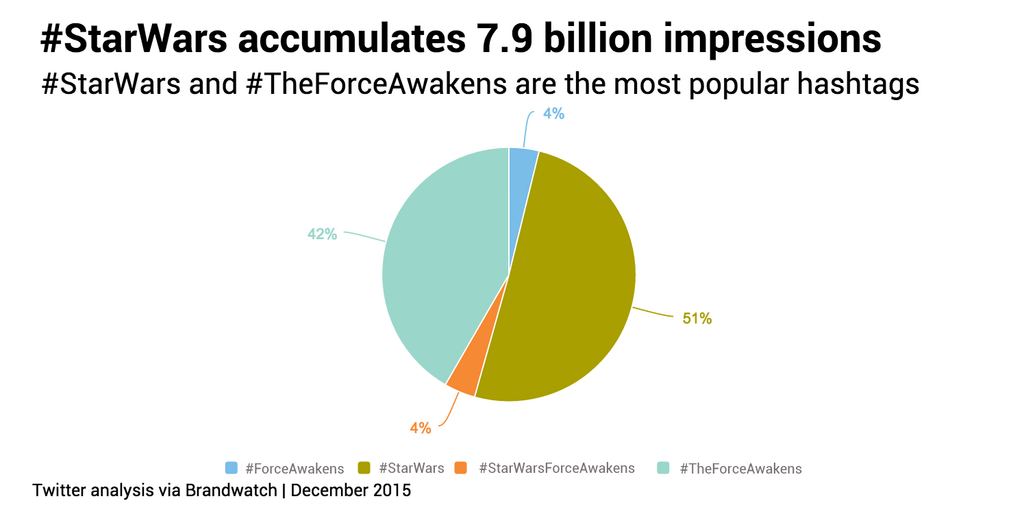 Will the hype transfer into profit?

Star Wars: The Force Awakens will definitely be one of the highest grossing films of the year and with the amount of interest it’s generated it could easily hit the top spot.

According to some predictions, the movie is projected to have a $170m opening weekend.

If you were still in doubt over how much buzz surrounds the first screenings of the film, check out what the UK looked like on Twitter as it prepared for the midnight screening on Wednesday. 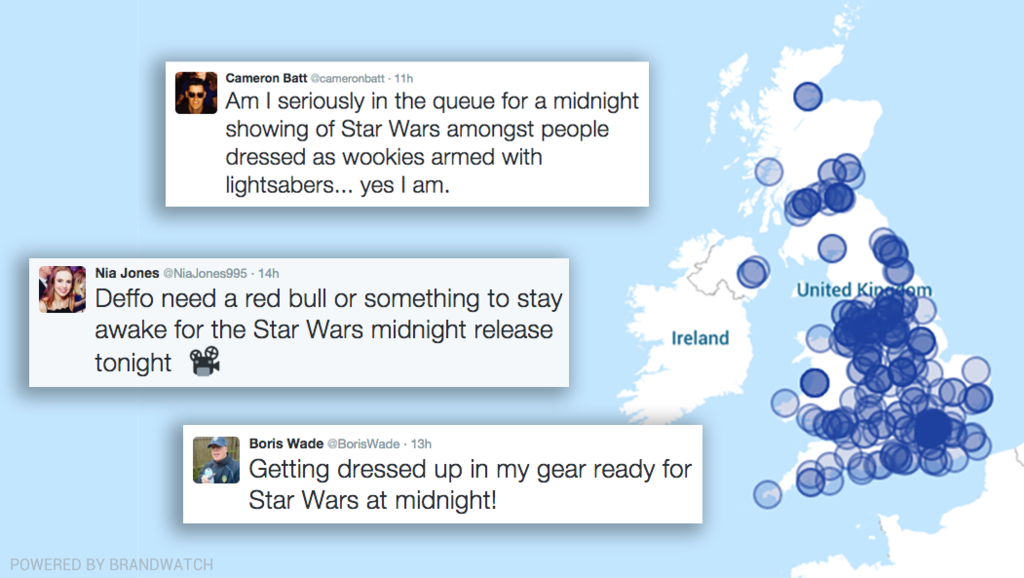 Demographics wise, male tweeters have been most prolific by far.

With 175,000 unique male authors the conversation has been dominated by male voices but 111030 females have also weighed in, making up 39% of Star Wars hashtag mentions. 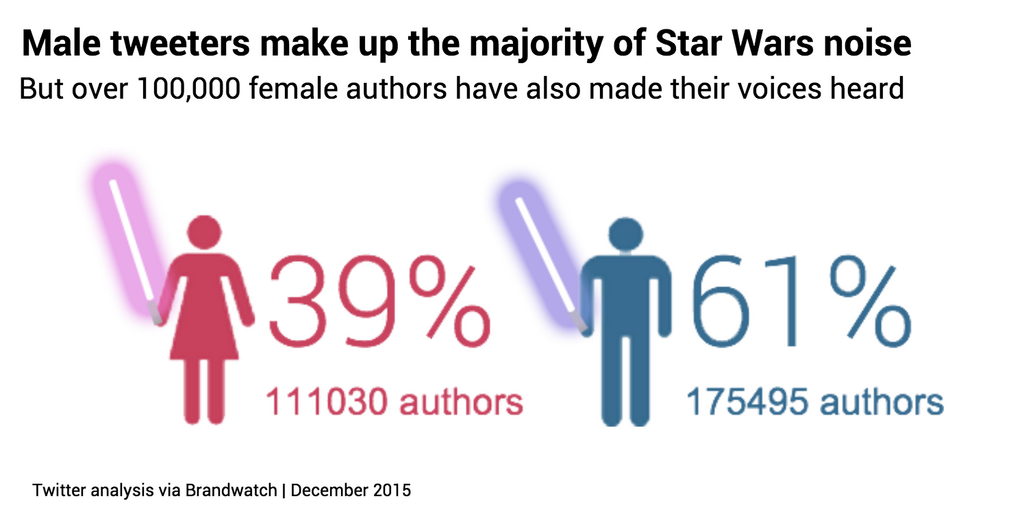 Reception has been more than Luke-warm

As lightsaber wielding enthusiasts queue around corners, Star Wars: The Force Awakens has opened to euphoric reviews from vocal early viewers, and hundreds of thousands of tweeters have expressed their excitement in getting into movie theatres to experience the spectacle for themselves.

Unsurprisingly, nearly 90% of sentiment-categorized tweets have been positive. 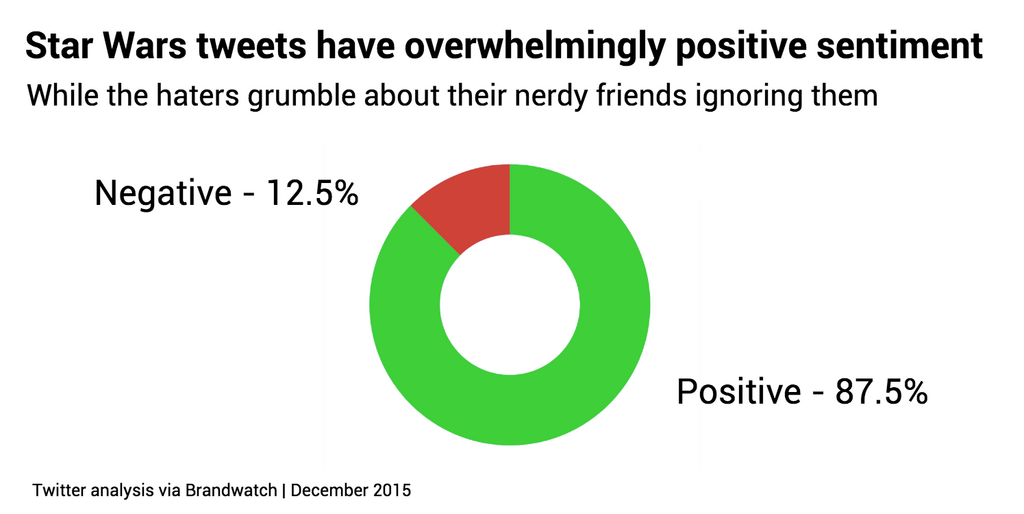 It’s Twitter’s equivalent of rapturous applause from across the galaxy.