If you’re not familiar with it, Thomas the Tank Engine (TTTE) is a children’s series set on a fictional British island named Sodor.

The series, which dates back decades, has had multiple “revamps” and forms the basis of hundreds of abandoned train sets in attics across the world.

While for most tweeters TTTE is nothing but a distant memory, it unexpectedly and controversially hit social media hard this week, landing on Twitter Moments and across the national press. 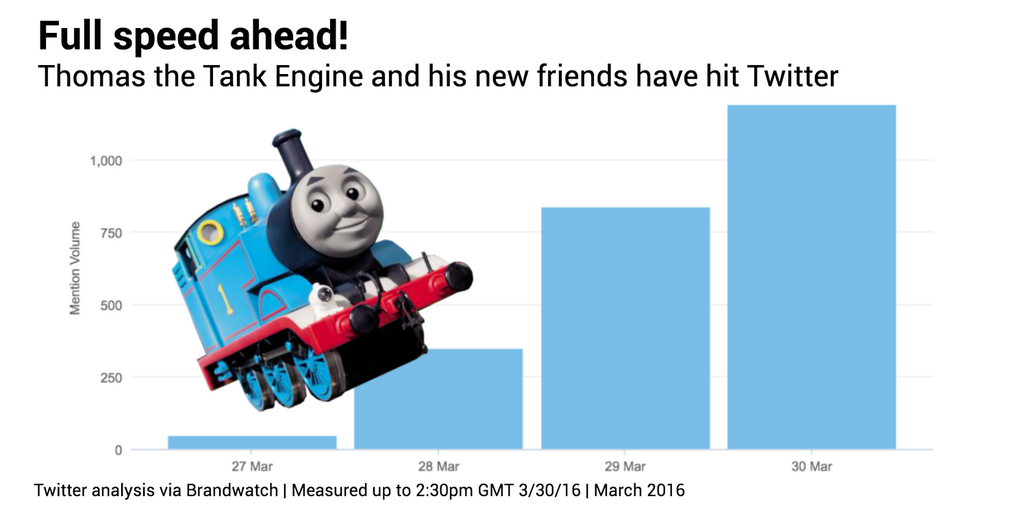 While Thomas’s adventures may not present any significant issue for most, the series has been subject to criticism for normalizing the subservience of the trains under the iron fist of the fat controller, and thus acting to socialize young working class fans into accepting their place in this world and not questioning the orders of their future workplace overlords.

But that’s not what’s got Thomas in the news this week.

Mattel, Thomas’s current owner, has announced a new group of locomotive friends to join Thomas on the island of Sodor. The controversy? These new friends aren’t British.

Thomas’s new friends come from all over the world, and it’s thought that the show hopes to achieve more success globally by including international trains.

Despite the good intentions, their reception has been mixed. Reactions range from the ecstatic celebration of the show’s new diverse direction, to anger at “political correctness” and the apparent corruption of a much-loved British institution.

Carlos, a Mexican train, has generated the most attention on Twitter (mainly because he forms part of the headline on this Telegraph article).

Some tweeters have welcomed his TTTE debut.

Others, however, have not been so welcoming of Thomas’s new friends.

An article published by the Daily Mail on the subject attracted some less than savory remarks about the new characters, both on Twitter and on their website.

These Daily Mail reader reactions have been mocked in a series of articles, including this one from i100, which has become the most shared TTTE related link of the last few days.

You’ve got to laugh

There’s no question that the internet’s reaction to Thomas’s new friends has been a bit of an exaggerated one.

However, it’s been an opportunity for humour for many tweeters.

And Newsthump got in fast with their own take on the story.