We've analyzed all the data on the release of the Suicide Squad trailer. Intrigued? You should be.

Over 120,000 people descended on Comic Con this year, expecting a four-day festival of fan service, geekdom and brushes with celebrities bringing animated heroes to life.

Twitter and Instagram let fans keep track of their favorite actors throughout the event. Each Tweet or image left a trail of social posts behind each big-name guests. We’ve been used to snooping into celeb’s personal lives for years now. For the most part, Instagram, Periscope and Twitter circumvents the inauthentic wall of publicists.

What we’re not used to, however, is snooping into the plans of million-dollar movie studios.

Warner Brothers had a plan for Comic Con 2015. It had been months – maybe years – in the planning. They’d be gradually revealing the DC cinematic universe, set to rival Marvel’s mega-franchise – albeit with a more limited color palette.

Batman v Superman: Dawn of Justice would be released simultaneously at the event and online.

Suicide Squad – still over a year away from release – would deliver a panel for superfans, giving them a early trailer as a surprise (secret) treat.

Only, the internet can’t keep nice things a secret. Within hours, the trailer was on YouTube, in blurry, phone-filmed quality.

Suddenly, Ben Affleck and Henry Cavill weren’t the talk of the event – Jared Leto and Margot Robbie were. 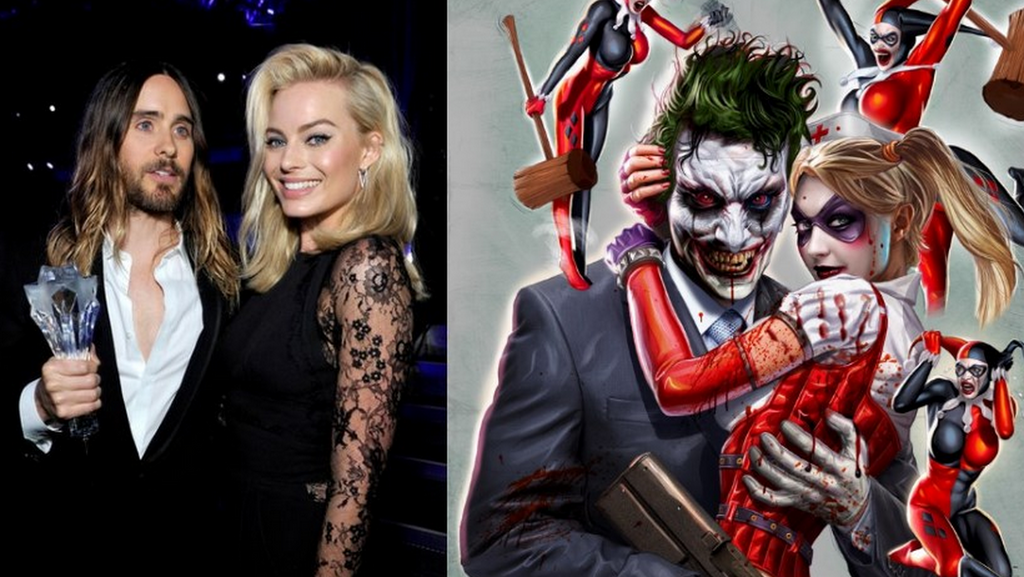 Suicide Squad couldn’t be put back in the bottle. After the trailer leaked, Warner Brothers quickly put a high-quality version of the trailer online. How did the internet react?

The all-star trailer featured 11 characters from the DC comics universe – we counted.

Friendly competition never hurt anyone, so we ranked them by social media mentions.

Jared Leto’s depiction of The Joker stole the show – with over 2,551 social media mentions related to the trailer in the last week.

But this doesn’t tell the entire story. It says who has been talked about most, but it doesn’t tell you about the fan’s favorite.

There’s been a world of debate surround Leto’s Joker since it was revealed months ago.

Using sentiment analysis, we looked at what percentage of emotive posts praised the characters, rather than railed against them:

Take note, we excluded Batman from this list, but that doesn’t mean he wasn’t mentioned in conjunction with the leaked trailer.

He was mentioned most of all, with 5,356 mentions, despite only appearing on screen for one second. The cult of personality

Some actors transcend their role, as their personality carries across all the characters they play.

Historically, actors and actresses became known for their quirks and their style.

Now, actors become known for their Instagram accounts, and as much as we celebrate and obsess over Deadshot, El Diablo and The Enchantress, there’s a huge buzz around the actors that play them.

Sometimes it’s bigger than the characters themselves.

After the trailer was released, all eyes were on ‘the big four’: Jared Leto, Will Smith, Margot Robbie and Cara Delevingne.

You’ve got to feel bad for the rest on the ensemble cast, whose mentions combined total less than Will Smith’s.

It’s a sign of the huge social fanbases stars have. Leto and Delevingne are talked about most because they tap into cultures outside of the typical comic-book-moviegoing crown.

Cara Delevingne, a supermodel immersed in high powered fashion and music circles, has 15.7 million Instagram followers. Leto’s band 30 Seconds to Mars reaches the angsty teens that have moved on from MySpace to an even edgier social network.

How the DC characters and actors match up outside their own universe is a different question.

Ant Man has already grossed $58 million, and Marvel seem to have a much more clearly define plan for their cinematic darlings. We’ll be looking at how the universes compare in the coming weeks – stay tuned.